Kraj i język Country and Language 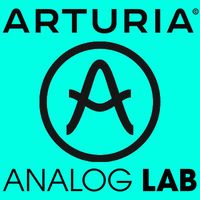 From April 1st to May 31st, 2022, all customers who purchase this item will additionally receive the AnalogLab Intro software instrument from Arturia, which retails for 99 euros and includes 500 presets, free of charge.

All products that are part of this promotion
Pokaż więcej

A
The best inductor of creativity Anonimowy 28.07.2016
As much as I love vintage synths for their beautiful, rich sound, Juno-106 on top of the list, the OP-1 is already legendary while being only 5 years old. It just sounds amazing, is portable, has a military build quality and you have a 4-track tape recorder in it for all your ideas, whenever and wherever you go.

There are people who criticize it for some reasons, maybe they want all the features they can have in a DAW, given the price. They simply don't see that it is sometimes the limitations of a specific design that make it so great. As it was with 303, 808, etc.

The OP-1 is a timeless synthesizer and I can sincerely recommend it to every music/synth lover.
obsługa
właściwości
dźwięk
wykończenie
0
0
Zgłoś nadużycie

Pokaż tłumaczenia
Pokaż oryginał
Wystąpił błąd. Proszę spróbować później.
O
There's nothing like it. Otys 30.03.2021
I've had it for a while, but like me and almost everybody who buys one, you will probably sell it after a while. If you keep it, it's because you're never short on money for gear and you don't expect it to sound amazing.

I regret selling it every time I travel, because in those cases it's a producers/songwriters coolest friend (laptop would still be better, but not as fun)

The main problem is that it just doesn't sound good. It's usable, but even the most basic synths for 200 euros probably sound way better.
It's a really inspiring tool, it's great fun while traveling, you'll probably write many songs on it, and then sell it, because you're not gonna use it on many recordings (no that artist you're thinking of that uses it on that one album you like does not use it all that much either).

Having said that, if you always wanted one, buy it! Because after having it a while it'll lose it's appeal and than you can finally move on to spending your money wisely, like buying that VST you need, or an amazing sounding soft synth.
obsługa
właściwości
dźwięk
wykończenie
10
1
Zgłoś nadużycie