I strongly urge any fan of tape, drum and/or multi-tap delays to try one of these but be warned, if you try one you will want to buy one!
Przydatne · Nieprzydatne · Zgłoś nadużycie
Zgłoś nadużycie...

obsługa właściwości dźwięk wykończenie
Versatile vintage delay pedal
elektrovolt, 21.12.2020
The Volante is a high quality tape and disk-echo style delay wich works well for both guitars and synths or as a stereo effect for line level signals such as a synthesizer or as a stereo aux effect. The different head selections, looper and additional spring reverb make it to stand out from many other pedals. You will need to read the manual to be able to find the extra parameters for some fine tuning.
Przydatne · Nieprzydatne · Zgłoś nadużycie
Zgłoś nadużycie...

obsługa właściwości dźwięk wykończenie
Best delay in the market
Sambatyon, 29.09.2020
My first pedal ever was an MXR carbon copy. I love delay more than other effect, but I am an amateur and while I love the sound of old tape based delays, the complexity of their operation (and price) just scared me. Come the volante, it is easier to use than I expected given all the knobs it has. It is extremely simple to use and gets such beautiful sounds. One thing I really enjoy is how one can go from a total clean delay to one with some modulation playing with the tape age and mechanics.
Przydatne · Nieprzydatne · Zgłoś nadużycie
Zgłoś nadużycie...

obsługa właściwości dźwięk wykończenie
Addictive
pedro__, 05.03.2020
I mean this thing is immense and yet for someone like myself its so very accessible. The presets are a revelation and the looper is just awesome fun! Highly recommended!
Przydatne · Nieprzydatne · Zgłoś nadużycie
Zgłoś nadużycie... 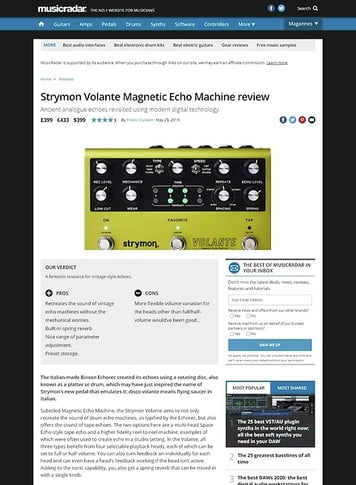 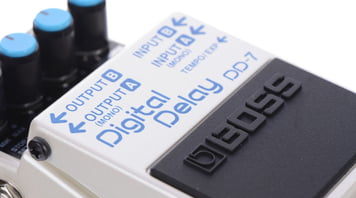 Pokaż wszystkie
Should You Buy A Strymon Volante?
Rhett Shull 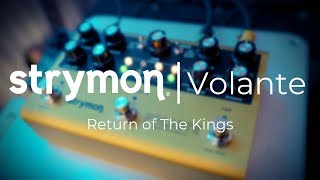 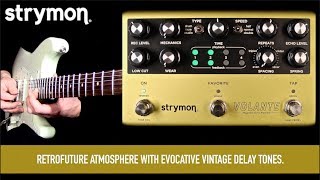 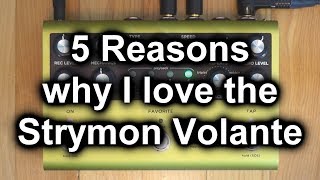 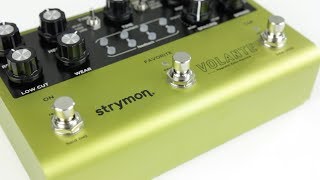 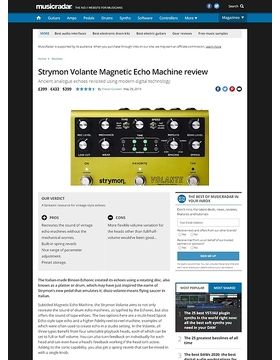 Pokaż wszystkie
Modulation Effects Pedals
The term modulation in its broadest sense covers a range of sonic effects, from the subtlest chorus to ear-bending ring modulation.
Pokaż wszystkie
Delay Effect Pedals
Delays offer a simple and convenient method of creating a sense of space around your sound. 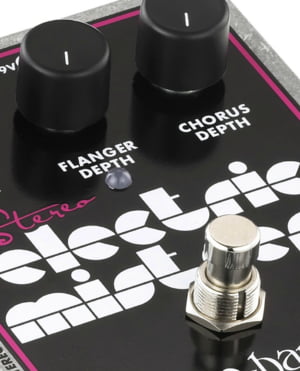 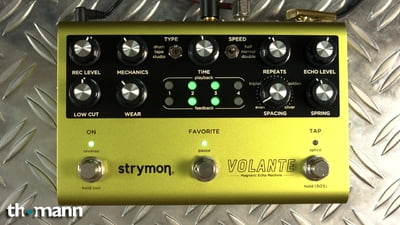