Soundcraft UI16 - portable digital PA a reality at a very affordable price.
Steve5194, 14.07.2015
The idea behind this system is pure genius (although I'm not sure if it originated with Soundcraft; Mackie may have been first off the mark with a similar system). Build a fully featured digital mixer into a stage box, combine it with WiFi and a range of professional FX, routing, EQ and dynamics, then control it remotely from a tablet computer, laptop, IPad or mobile 'phone.

The first thing that attracted me was the xtremely small size and weight (4 rack units high, a few centimetres deep and weighing less than 4 kilos). This relatively tiny box makes the mixer, the effects rack, the multicore and an array of cables and power supplies I usually needed to transport unecessary. In my case I recon this cuts down the PA by about 30 - 40%.

I have had only one weekend to test the system out, so have not yet had time to explore the more remote areas of the software, but the answer to the question does it do the job as suggested by the Soundcraft publicity, the answer is a resounding yes! Sound quality is magnificent, this little box really is a fully featured mobile digital studio with all the routing, eq, fx and dynamics you would expect. One feature is the built in media player; tracks copied to a flash drive can be plugged into a front panel USB connector (there is another for recording; but only stereo from the main output). I tried an A/B switched comparison between a .wav file on the flash drive and the same track burned to a CD. The wave file quality and detail was very noticably superior to the CD.

One thing worried me; what happens if the battery on the controlling computer ran out during a live performance? Would the whole PA crash? The answer is no; once set up the mixer will carry on as normal even if you switch off the computer running the software, so the show will go on regardless, but you have no control over levels and such untill you re-initiate the software.

The only con so far is that the only instructions in the box are written on two postage stamp sized pieces of paper and serve only to confuse you by ignoring the many questions that arise about the means of getting the thing operational. Come on Soundcraft if you can design this brilliant piece of gear surely you find someone able to write a clear and unoquivocal getting started sheet? And no; hiding it away on a CD or download site is not the same thing as an old fashioned printed guide.

Despite the positivity of this review I do not work for, or have any connection with Soundcraft. I am merely passing on my enthusiasm for a remarkably well designed piece of equipment, which at first I thought would be well above my price range. Full marks to Soundcraft on a superb acheivment! When I consider the price as supplied by Thomann, I find the value for money remarkable.
Przydatne · Nieprzydatne · Zgłoś nadużycie
Zgłoś nadużycie...

Best value for money
Baartman, 11.07.2019
If you told me 10 years ago i would have access to this amount of live mixing modules on the number of channels in this form factor, I would have not believed you.
What you get is an insane amount of control with brand names you know.

That being said. it does sometimes feel a bit bright, it is digital .we cant expect an analog sound.

The previous software updates has a lot of issues with connectivity. dropping connections and all that. but supposedly it was fixed.
Brilliant value.
Przydatne · Nieprzydatne · Zgłoś nadużycie
Zgłoś nadużycie...

Excellent
Alasdair N., 13.07.2015
Compact little mixer, with impressive features for its size and weight. This cost me pretty much the same as the MFX12 I bought several years ago, but has far more packed into it. The interface is very much like an analogue desk. No complex patching to be done, no need to understand complex digital layouts, simple routing options and easy to get to grips with. It is perhaps a little slower to navigate around than a physical desk, but this comes with practice. The interface is swift, and the reaction time is undetectable. Highly recommended!! For true small format situations where a large desk is just not necessary - this is perfect, but has the flexibility and on board features to be used in some fairly large situations!

I used this in earnest at a small event for the end of year for a local nursery. I had three or four inputs including a mic, video playback, background music and sound effects. Whilst nothing overly complex was required, the setup was about 5 minutes (including running cables) all made simpler by use of the desk. Also, as the venue was so small, I was able to be out of the way, but still in a prime mixing position, without the need for excessive cable runs.
Przydatne · Nieprzydatne · Zgłoś nadużycie
Zgłoś nadużycie...

Mixers
In this guide well concentrate on the functionality of hardware mixers. They are an essential part of any live sound systems and studio setups.
Darmowe pobieranie 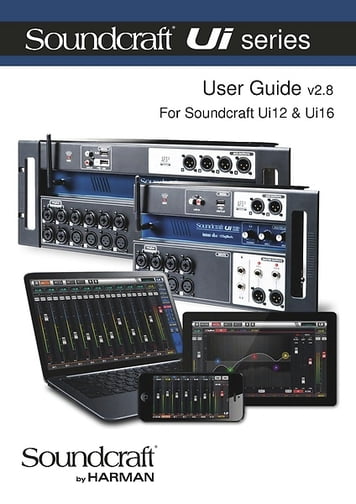 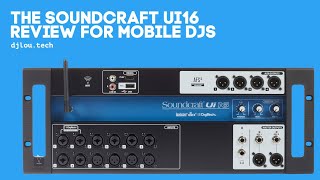 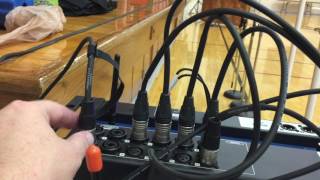 Pokaż wszystkie
Mixers
In this guide well concentrate on the functionality of hardware mixers. They are an essential part of any live sound systems and studio setups.
Pokaż wszystkie
User manual
PDF
Podsumowanie:
Przeczytaj test