wykończenie
Great concept, less-than-stellar execution
Rhyeth, 16.02.2020
The concept of combining a kill switch with the volume pot is genius, but unfortunately the execution leaves a lot to be desired. The quality of the pot itself is fairly low - feeling relatively cheap and the volume roll-off seems to be somewhat lacking.

All in all; a fun addition to the guitar, but in the future I would instead install a dedicated killswitch instead of this. Would recommend it if you're toying around with DIY Guitar Kits for the first time, but not to anyone who frequently does guitar mods as the payoff is not worth it.
Przydatne · Nieprzydatne · Zgłoś nadużycie
Zgłoś nadużycie...

wykończenie
Pretty bad pot
Matt GZ, 30.11.2019
The pot itself is pretty bad quality, it is closer to the cheap eastern pots on entry level guitars than a good quality OEM replacement. The kill function is very cool, so that earns it 3 stars.
If you like smooth silent pots and use the volume to reduce the gain on your amp you will be disappointed with this pot. If you keep it maxed out and do not mind using contact cleaner quite often you are ok.
Przydatne · Nieprzydatne · Zgłoś nadużycie
Zgłoś nadużycie...

wykończenie
A fun extra to have on any guitar
19.10.2016
I bought the Shadow Kill Pot for a custom guitar I built, wanting to spec it out with lots of cool features.

wykończenie
Be SUPER careful when dealing this pot (not newbie-friendly)
Rg. Lewandowski , 10.03.2018
1: No physical wiring diagrams given with the product. The official diagram in Shadow Electronic's website is super unclear.

2: Bad design. It's difficult to solder everything clean for this particular pot because of its tiny spacing between lugs, especially when you got a giant tone cap soldered on it.

3: Quite fragile. when i finally made the wiring right and tighten it up on my Les Paul, the pot just suddenly *pops* and the controlling pin just detached from the pot, but this ddin't happen to my other pots while i applied the same tension on them. Luckily it still holds together when i tried to put the pin back to the pot (with the use of a washer and nut).

Bottom Line: On function, it works great. On quality or design, not so. Would not be a big problem if you're a soldering expert; May ruin your day if it's your first time to solder (like me).
Przydatne · Nieprzydatne · Zgłoś nadużycie
Zgłoś nadużycie... 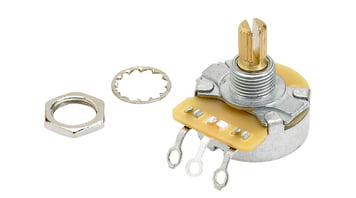 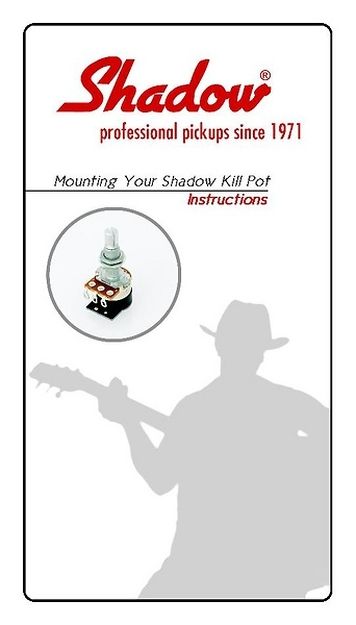 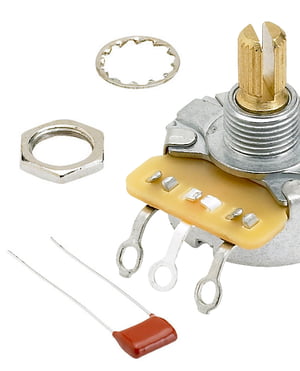 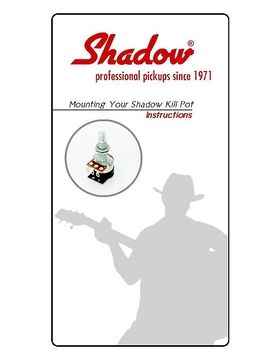