właściwości wykończenie dźwięk
My kick drum sound
RaverZ, 21.05.2019
I was looking for a relatively inexpensive solution to record demos in our rehearsal place. I was (still am) really specific about the kick drum sound I want to achieve: Modern punchy rock sound, with enough low end, without getting too much click sound at highs like a metal record would have. After 3 years of using this mic I can say I have found the best solution for my taste without busting the bank.

When it comes to drums I record it with 4 or 5 mics, using close mics only on the kick and snare. I get the best result on the kick with the E 602 II just slightly inside the port hole facing the beater. I get that "in the face kick" sound I need. It certainly has a character that is not for everyone, but for me It is perfect without the need of a subkick.

On the plus side, when we record the drums separately, I can use this one on the bass cabinet too. It gives a nice clean and powerful sound, but I would never use this mic alone when I want raw punk style bass sound.

Now the downsides:
I have some problems with the screw that holds the mount part. It is too loose or too tight. So when i set the position of the mic with the stand, a screwdriver comes handy to fix it in the right place and make sure it stays there during the session.

There is another thing I have found problematic in build quality after a while. The XLR connection lets the cable come out just enough cut the sound, but it is visually unnoticeable. It took me a little time to realize that it's not my sound card or the cable that causing the cutouts. Knowing that I just double check the connection before pressing the record button, and mostly everything is fine.

This two problems I have would not stop me buying this mic again, and the second one would come with us on tour. It looks and feels like it can handle abuse really well, but first of all: This mic gives me closest sound to what I want on the kick drum than the other industry standard kick drum microphones that are mostly used around here in venues or mid priced studios where my hobby band could go.
Przydatne · Nieprzydatne · Zgłoś nadużycie
Zgłoś nadużycie...

właściwości wykończenie dźwięk
Built-in modern kick sound
Nonsensei, 13.02.2021
The audio profile is quite scooped and on a kick drum, this results in a punchy, modern sound. Emphasis is on the attack and low end, the mids are not very present at all. If you're looking for an easy way to achieve a good, modern, punchy rock/metal kick sound, this will do the trick with almost no need for processing. However, if you want a versatile microphone or a more natural/vintage sound, you might prefer other options. For me, this was a clear choice over the standard D112 or Beta91.

Build quality is high - it's sturdy and seems road-worthy. The cable connection is solid and placement is okay. You may have to pay extra attention to where the cable sits if you want to place the mic inside the kick through a port on the front, but I guess that may be an issue with any mic at certain positions.
Przydatne · Nieprzydatne · Zgłoś nadużycie
Zgłoś nadużycie...

właściwości wykończenie dźwięk
Nice and Subby
28.02.2017
The E602 II is a great mic and at a great price. Solid build and a reliable mic for the arsenal. This mic is particularly good at capturing the very low frequencies of kick drums and guitar/ bass amps (30-80hz ish). If paired with another microphone for clarity, you can get a great kick drum sound, even out of a more budget drum kit.

I would say that it is not particularly good at getting an overall tone on it's own, but used correctly with something else (even just a 57) can get a bigger, fatter overall sound.
Przydatne · Nieprzydatne · Zgłoś nadużycie
Zgłoś nadużycie...

właściwości wykończenie dźwięk
An excellent choice for bass drum
IHitThings, 08.02.2015
I own a number of mics that I mainly use on the bass drum and the E602 is definitely one of my favourites. If I'm restricted to one mic on the bass drum, for contemporary music in a live setting I tend to go for mics that have been "pre EQ'd", like the Audix D6, or, in now, the E602. It has a very pleasant boost to the low end and doesn't sound quite so "clicky" out front as the D6. I've also used it mounted internally to work alongside my Porter and Davies BC2 and it works tremendously well in that capacity. For recording work, I've used it in conjuction with a boundary mic to provide some really quite remarkable bass drum sounds. I highly recommend giving this mic a go. Excellent value for money and I feel it's a very versatile option.
Przydatne · Nieprzydatne · Zgłoś nadużycie
Zgłoś nadużycie... 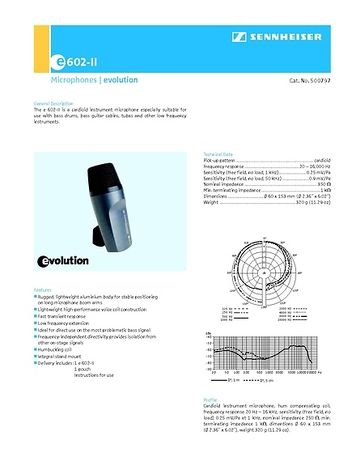 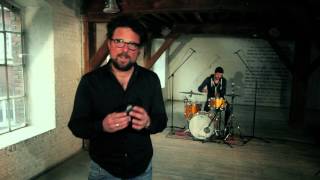 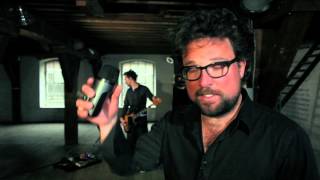 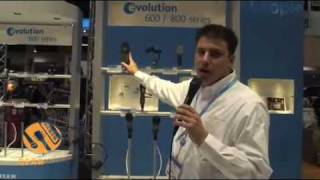 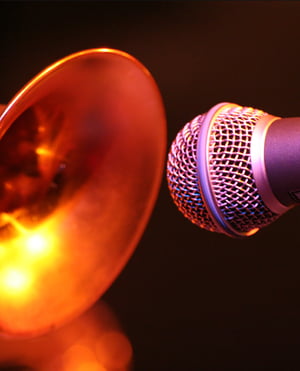 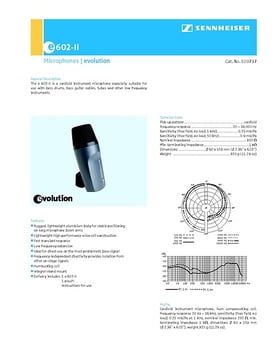