właściwości wykończenie dźwięk
Those are my new favorites for both mixing/production and enjoying music!
fommof, 28.04.2020
OK, so I was looking to buy a pair of studio monitors primarily for mixing/tracking/production of my own music and secondarily for a neutral medium with which I could fine tune my modeler's presets and maybe enjoy music through them.

In conclusion, If you'll be working in relatively small rooms, you don't want to break the bank and your main focus is on mixing/tracking/production (as long as you don't care about sub-bass frequencies) then those should be one of the first candindates.
Przydatne · Nieprzydatne · Zgłoś nadużycie
Zgłoś nadużycie...

właściwości wykończenie dźwięk
Low pride and height quality studio monitors.
max_shulz, 14.01.2020
Advantages: Perfect price/quality ratio. Wide possibilities for adjusting to the size of the room and the location of monitors in the space. The middle does not fail, and the low frequencies are enough to tune the bass sounds. The small size allows you to use them even in home studios. Fully justifies the stated characteristics. The metal grid in front of the tweeter allows you to hear high frequencies honestly, without clicking where they are not.
Disadvantages:
What upset me a little at first is the low-frequency speaker is smaller than the claimed 5.25 inches. Of course, judging by the size of the diffuser (which turned out to be 4.5 inches), the speaker, along with its mount, will just be 5.25 inches in diameter, but this spoiled my first impression. After checking all the stated frequencies were confirmed and about the size of the diffuser, I stopped thinking.
The midrange controller on the back panel, in my opinion, manages not the most successful range. I needed to lower the middle quite a bit, taking into account the peculiarities of my room, but along with the" extra " frequencies, some of the high ones were gone. I had to put it in the original position and take into account the small "middle" of the sound.
Comment: Despite the shortcomings, I really liked this model of monitors. The ability to adjust to the room - this is the biggest plus of all Presonus monitors. This particular model I recommend to those who are just starting to engage in sound engineering. But personally, I do not intend to say goodbye to them in the future, as the monitors of the near field, they showed themselves very well. Finally, given the customization options, they can also be used as household speakers, if necessary.
Przydatne · Nieprzydatne · Zgłoś nadużycie
Zgłoś nadużycie... 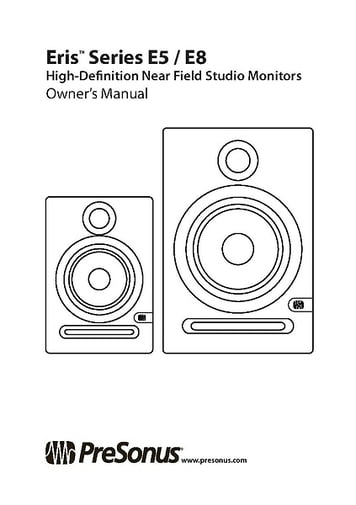 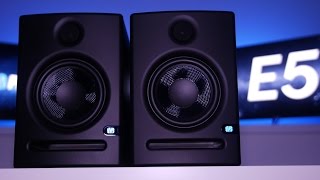 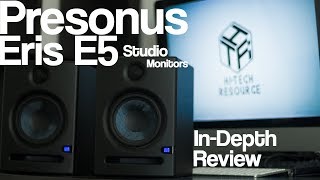 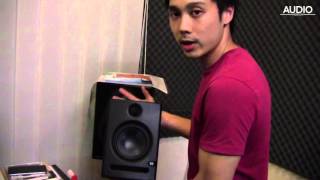 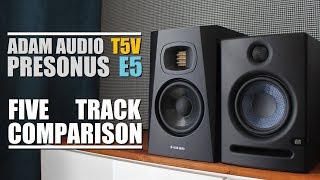