At some stage you reach a point where a standard microphone is as directional as it can get, so in situations where a very narrow range is required, a couple of further methods are employed to focus the sound on the microphone:

The first is the parabolic reflector, which looks a lot like the satellite dish attached to the side of your house, in this case focusing sound waves on your microphone. They are especially good at capturing sounds from a distance such as birdsong. 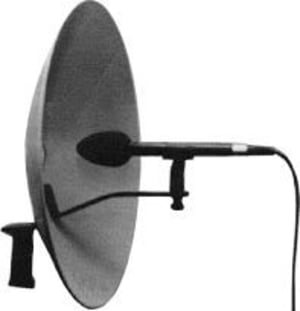 The second and more common approach is the ‘rifle’, ‘shotgun’ or ‘line’ method which uses the ‘interference principle’. This combines a cardioid microphone with an interference tube, making this type of mic very distinctive on account of its long body. Rather than amplifying the audio signal as a parabolic reflector does, the tube causes cancellation among the sound waves arriving at the sides, resulting in a signal which is highly focussed on whichever direction the mic is pointing in – great for eliminating general background noise.. 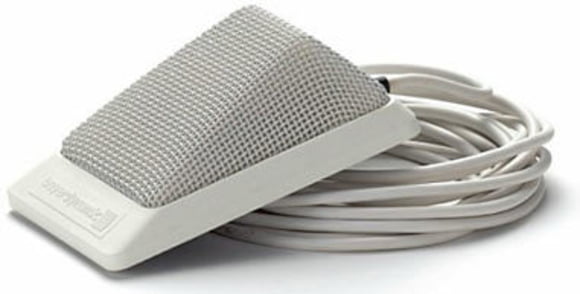 As its name suggests, this type of microphone is designed to be mounted on a boundary or large surface like a wall, floor or table. They are available in omni or cardioid variants, but this pattern is cut in half by the boundary, and so an omni boundary mic will actually exhibit a hemispherical response pattern for instance. They’re ideal for meetings and conferences where you need to be able to record many voices at once, or for picking up general atmosphere. 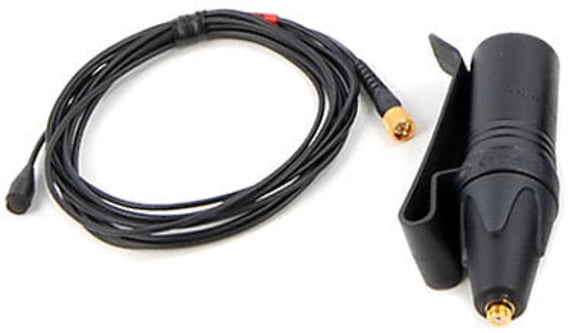 Tie-clip or ‘lavalier’ microphones are very small mics that clip onto clothing. They’re inconspicuous and avoid the handling noise issues that tend to come with hand-held mics, but they can have noise problems of their own - from rustling clothing in particular, if the speaker is moving around. They also have to be set up in advance, with wires threaded through clothing etc, and so require co-operation! 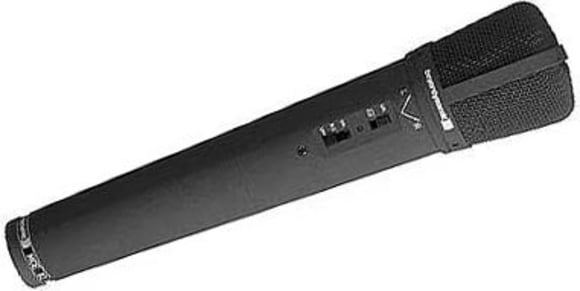 As the voice comes from a single source it’s more natural to record it as a mono signal, and so in general, stereo mics are rarely used for recording speech. However, if you have access to a small mixer on location, it can be very useful to have a stereo mic to record ambient sound in addition to whatever mics you are using for speech – the balance between the two can then be mixed to taste.

Radio or ‘wireless’ mics can use any of the designs previously mentioned – ‘radio’ here refers to the method of audio transmission once the signal leaves the microphone. A transmitter is usually either built into the microphone in the case of handheld mics, or worn separately as a belt-pack in the case of tie-clip mics. A receiver tuned to the same frequency then converts the radio signal back to an electrical signal for connection to an audio input as usual. Wireless handheld mics are great in audience Q&A situations, or interviews where a mic needs to be passed between people without the worry of cabling. Tie-clip radio systems are very handy for mobile interviews when movement noise can be minimised, or for TV where trailing leads would otherwise be picked up when in full shot. For more detailed information on radio systems, please see our separate Online Advisor on this subject.