obsługa właściwości dźwięk wykończenie
Good basic CD player
Janice, 15.08.2015
This unit is good value for money, it has all the functions you need in terms of cue, loop, pitch and tempo shifting. I use it in the studio for playing reference tracks and also as a play-along practice and learning tool, where the tempo function is useful, as is the auto tempo detect function. If using the USB input, be aware that it doesn't support a huge range of audio file formats.

The tempo shift function is fine for adjusting by a few BPM (about 10%) but beyond that audio quality suffers - does the job for practicing and other non critical audio tasks, but I wouldn't want to rely on it for much more.

Despite being in a robust metal case, the unit feels a little plasticy. There is a slight mechanical hum when power on, not really a big issue as it has an off switch on the front panel and it sits close to hand so can be switched off when not needed. There's no audio hum, so that's fine.

The buttons felt a little flimsy at first, but have settled down with a bit of use, either that or I'm getting used to them.. they all work fine though. The CD drawer is a little noisy and clunky in operation, the jog wheel also feels a bit light and not perfectly balanced, but these are minor points, and they work fine.

One slightly negative ergonomic point is the layout of information on the display. Some stuff appears very close to the edge of the screen, which is slightly recessed, so you need to dip your head to see some stuff if the unit is much below eye level. I improved the viewing angle by changing things around a little in my rack so the unit could be moved a bit higher up, which helped a lot.

Outputs are limited to XLR and RCA, but that's fine for my use.

To sum up, it does everything I require of it. Other folk who use a CD/USB player more might want more functionality. In a studio setting it's robust enough but i would maybe think twice about putting it in a touring rack. When all is said and done though, it's great value for money and fulfills my intended uses well.
Przydatne · Nieprzydatne · Zgłoś nadużycie
Zgłoś nadużycie...

obsługa właściwości dźwięk wykończenie
Budget CD player with Pro Features
Richard944, 29.05.2013
We bought some of these units to replace dying CD players in our stock and were attracted by the warranty and the choice of outputs available and the option to read from a USB storage device.

The units arrived and we were really happy with them. The balanced XLR outputs are great and interface perfectly with pro equipment at a level that is not too hot like some other units, and the USB features mean that songs can be loaded onto a USB stick for much better flexibility.

If I could change anything it would be that the device would accept other formats than MP3 and that the power connector was an IEC and not a figure of eight, but these are still great for the money.
Przydatne · Nieprzydatne · Zgłoś nadużycie
Zgłoś nadużycie... 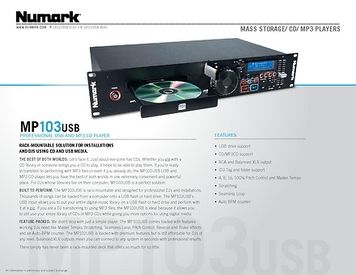 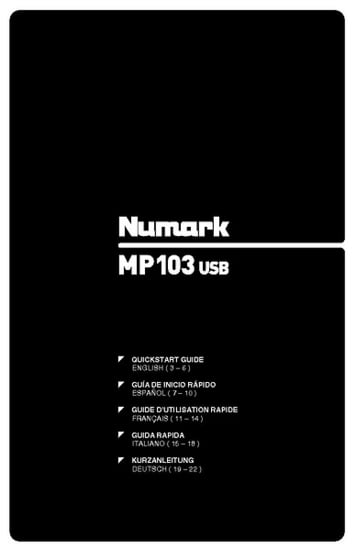 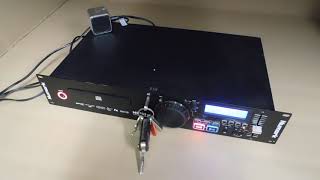 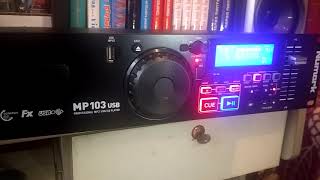 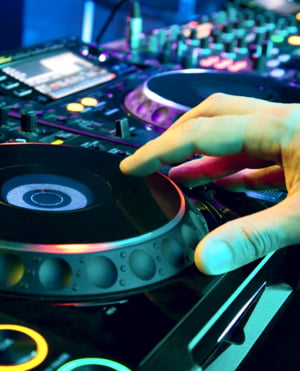 Pokaż wszystkie
CD-Decks
There is a wide selection of units to choose from in both single and double player format and a large range of prices. 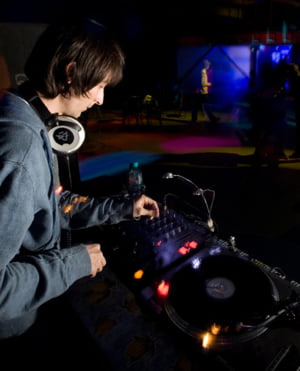 Pokaż wszystkie
DJ Setups
DJing has rather murky origins, and there are many people who claim to have been the first to mix two records together. 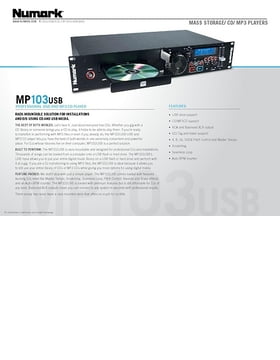 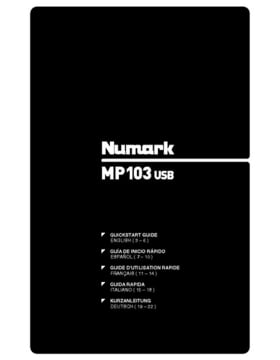