obsługa właściwości wykończenie
Affordable and effective patching!
The Professor, 12.09.2018
If you want to take control of the cable spaghetti invading your studio, a patchbay is the answer; and with bantam units costing too much for the casual muso, these quarter-inch jack units come into their own. I have four now, arranged as one big bay three deep and a subsidiary bay on the other side of the room to handle effects sends and returns.
The units come "semi-normalised", which means that a connection made at the top of the rear panel automatically feeds down to the connection made at the bottom of the rear panel even if no patch cord is inserted in the front to link them. This is handy if you have a bunch of connections that, typically, stay the same: you can link the stereo outputs of your main keyboard, say, to inputs 1 and 2 on your audio interface in a semi-permanent fashion. Sticking a patch cord into the front sockets on a semi-normalled connection breaks the link, though, allowing you to overrride your usual setup whenever you like: and this is how I've got most of my studio arranged.
There are some connections, though, where it's better to have things totally variable, without any normalisation; and the bay allows you to set this up by unscrewing its front panel and reversing some or all of the little individual socket cards. By reinstalling them in various different configurations you can have normalled or semi-normalled functionality, or even use them as Y-splitters (what you'd call Mults in modular-synth-speak), and this can be decided on a card-by-card basis across the whole 24 pairs of sockets. Once you've got your head around the possibilities it's very flexible indeed, though a bit of a faff to replace the front panel when you're done because the little cards end up reluctant to align with the punched holes in the panel strip. But you'll get there in the end. There's a handy guide to the various configuration options silkscreened onto the top of the unit, too, which is a bit of a lifesaver if all this normalled / semi-normalled stuff is unfamiliar territory (as it was to me...)
In all ? hugely useful in taming my studio cabling, and versatile enough to accommodate lots of routing options.
Przydatne · Nieprzydatne · Zgłoś nadużycie
Zgłoś nadużycie...

I actually gave it a 5-star review some time ago, but I recently found it adds noticeable distortion to the signal being patched through.
I did a pretty simple measurement always using the same patch cable, a sine wave generator in my DAW, and listening and checking the input signal with an FFT frequency analyzer.

My results:
1-When measuring directly from AD to DA I got a pristine clean signal.
2-When patching the signal through the NYS I got a lot of added harmonics.
3-This happened independently of sine wave frequency (tested from 20 to 20kHz)
4-Distortion only happened when the signal output was above -19dBfs
5-As the output volume increases the distortion changes, as in the harmonics are not the same as the signal get's stronger.
6-This is happening on all channels.

I don't know if it always distorted the signal or if it just didn't age well, but my studio is a dry smokeless place so either way if after 3 years it's malfunctioning it means low quality.

obsługa właściwości wykończenie
Perfect value for the price
Artem "Invis" Maliuha, 13.05.2021
Using it on my home studio. Inputs/outputs from audio interface, compressors etc. Before buying was afraid about quality of the connectors. I am using it for 10-20 switches operation on the week.
Serious plus of this device is regular jack... you can use mono or stereo - it will for for you with your favourite cables!
Thanks!
Przydatne · Nieprzydatne · Zgłoś nadużycie
Zgłoś nadużycie...

obsługa właściwości wykończenie
Does what its meant to do, some jacks make scratching noises
zach514, 10.02.2021
It works pretty much perfectly, but some jacks can make scratching noises when the connected cable is turned or moved, this seems to be most common with the most used jacks like the first couple outputs and inputs of your interface.
Przydatne · Nieprzydatne · Zgłoś nadużycie
Zgłoś nadużycie... 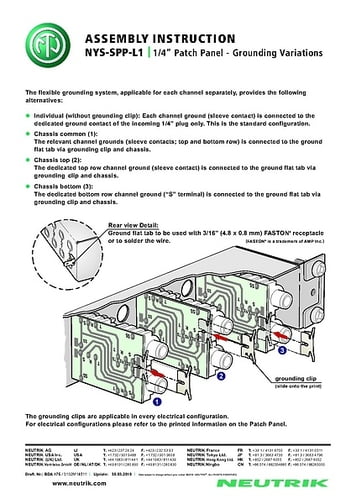 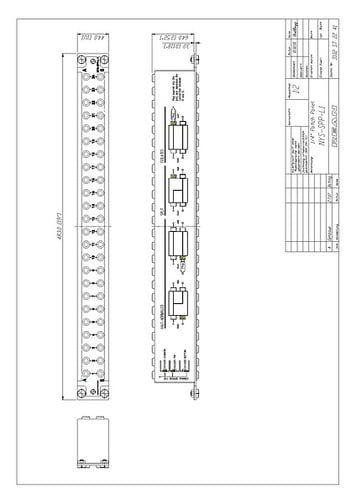 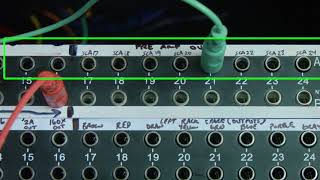 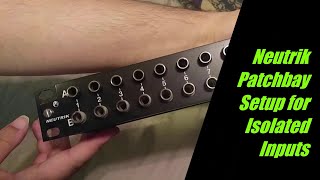