obsługa właściwości wykończenie
Almost, but no cigar...
markodarko, 10.05.2014
Before going for the Panorama P6 I did extensive research on the internet and had narrowed it down to this one or a Roland A-800 Pro. Both seemed to receive high praise on the forums and it's hard to find any negative comments about either of them, unlike other keyboard controllers in this class. Unfortunately I live in an area where trying out both (or others for that matter) isn't possible so I pretty much have to rely on research.

Now, first and foremost I was looking for a beautiful-to-play key bed. I have a Yamaha SY77 which is lovely to play but the internal battery needs changing and I just can't be bothered getting round to that, a Roland F-120 digital piano which is superb for, er, piano pieces and an M-Audio Keystation 61es which I loathe the feel of but has been main my midi controller for a few years now as it "did the job" and at the time I didn't want to spend a load of cash on yet another midi keyboard. So, my prime objective was to get a keyboard that played better than the Keystation, that it could control my DAW was a bonus.

I ended up choosing the Panorama P6 over the Roland A-800 Pro because from what I could gather, the action of the keyboard would be somewhere between the Roland F-120 digital piano and the synth action of my Yamaha SY77, and, I guess it is. Except...

The first thing I noticed - before even plugging it in and playing it "sound-less" - was that the top octave played absolutely beautifully. EXACTLY how I imagined it would play. However, the other octaves down from there have that familiar "springy resistance" of the Keystation which was a MASSIVE disappointment. Obviously, not as bad as the Keystation's resistive springiness, but there all the same - and compared to the top octave it's night and day in terms of playability.

The second thing I noticed was that the way they implemented the aftertouch means that certain keys fall to the left or right instead of straight down when you press them. This is especially noticeable on middle C, E and F and that just doesn't instil build-quality confidence.

I should say at this point that I almost didn't go on to try the keyboard as when I removed it from the box it looked a little "used" - not by much, but I'm a perfectionist and expect new things to look exactly that - new. There were signs of wear on two of the rubber feet (one even had a piece of Sellotape on it (!)) and slight finger marks and faint lines on the glossy black front panel. However, these were so minor that I let them slide.

OK, so after the initial keyboard playing test - which I wasn't completely happy about, obviously, but gave it the benefit of the doubt and thought that the other octaves may "loosen up" over time - I thought I'd plug it in to Logic Pro X and see what's what. Which I did. Or at least tried to.

Before you can even do that you have to register the P6 on the website in order to download the Logic drivers, which I did, because at this point I was sure I was going to still keep the unit even after the keyboard problems (as it was better than the Keystation overall). Then, after the logic drivers and OS X drivers were all installed and the Firmware was updated (mandatory), I could then PLAY it, and that's when the bubble broke...

Now, I don't know if it was related to the firmware update but the sustain pedal now no longer works (which it did previously just before I updated) but I'm sure that little problem could be resolved by contacting support. What CAN'T be resolved however is how it plays (at least not until another firmware update perhaps).

It's near enough impossible to play quiet piano passages on this key bed. It's as if it "drops" notes - their velocities being so slight that you can't even hear them - and this happens on any of the velocity curves. Soft1/2, Standard or Hard1/2. It's quite awful. Now, again, I'm not sure if this happened BECAUSE of the firmware update because I didn't try playing it with sounds before hand. I only plugged in the sustain pedal, pressed a few keys and confirmed that it worked - which it did before the update. So as far as playability is concerned I'm not sure if it's something that can be fixed in a future firmware update or not, but - I certainly can't hang around with this velocity action in the mean time to find out as it's just not playable. Even the Keystation with its springy resistive keys doesn't do this. Every velocity on the Keystation is predictable and consistent - as it should be.

So, unfortunately, with all the potential, I'm sending it back - even though I'd like to keep it. Nektar's support were understanding and excellent in de-registering the device so that I could return it to Thomann.

I haven't marked the P6 down a lot because overall it's a quality instrument - it's very well made (aside from the key feel problem for the octaves below the top octave), it worked well in Logic Pro X as a controller from what I tested it, and I think once all the kinks are ironed out it'll be a great keyboard. But, right now it's only useful if you don't update the firmware - which means it's not useful because you won't be able to integrate it in Logic unless you do...

Just received: Ok, just got the controller, so I yet have to learn the manual to give a correct assement of my purchase. But at first site I noticed the same thing I read in other reviews. The quality of the keys, knobs and sliders are not the best I've seen, but for the price this controller is totally worth it. The importante thing here is how good the integration is. I just upgraded to Cubase 7.5.20, and things are a little shaky, some tracks are not recognized by Nektar and you have to go back and forth a few times to get it to catch on. Buy it. It's worth it for the low price this beast has. Cheers.

Update: Now that I've had this keyboard for some time, I have to admit that the integration with Cubase is extremely sloppy and I have been forced to use it as a regular midi controller. It has frozen my work a few times, and it's just not a good product. They really need to update the software or something. It's practically useless.

Update2: If you are thinking about purchasing this keyboard, think thrice. I have had nothing but problems and to top things off, I was trying to figure out if anyone else was having the same issues as I before reporting the problems to their support department, and I was called a troll on their FB page. How profesional is that?
Przydatne · Nieprzydatne · Zgłoś nadużycie
Zgłoś nadużycie...

obsługa właściwości wykończenie
Wonderful!
balaftuna, 17.06.2018
Got this keyboard since it has aftertouch. Surprising how few keyboards have this feature.

However, this keyboard changed the way I work! It controls Cubase in such an intuitive way and the learn feature allows you to assign features to knobs effortlessly.

I cannot flow this keyboard.

One thing: I don't see the point of the 8 sliders when there is one motorised fader which follows the track I'm using. So far seems to me that it would have made more sense to remove the 8 fades and put the motorised one close to the centre. Who knows though - I only have it for a few days and maybe will find the point of these later.
Przydatne · Nieprzydatne · Zgłoś nadużycie
Zgłoś nadużycie...

I was very happy to open the box and see what I ordered was what I expected.

This keyboard is just amazing. Solid build from the body to the knobs, pads, and sliders.

The only thing that scared me a bit was a driver for Mac OSX that didn't work correctly, until they released a update about a month ago (july 2014), solving that problem. Could still use as a simple midi keyboard without Reason integration.

But now, everything works fine. And the Reason 7 integration does work without any single bug.

The after sales Nektar support is very good. They'll find a temporary solution for you and take the problem into account for a next update.
And that fact is the second most important thing after the product quality itself.

Thank you Nektar, and Thomann ;)

NB: All computers, even of the same brand, model, and config. do not work the
same. Some people (read on forums) didn't meet the problem I occured to
have, even though they had the same laptop of the same year, with the same
config.
Przydatne · Nieprzydatne · Zgłoś nadużycie
Zgłoś nadużycie... 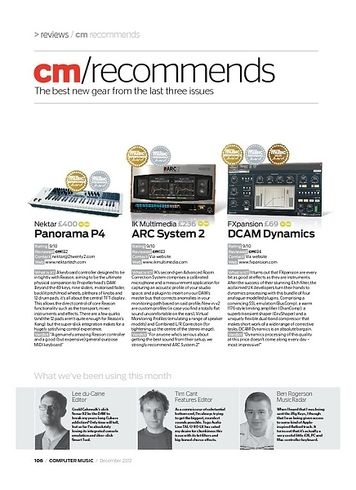 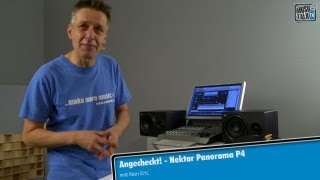 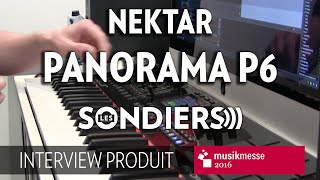