właściwości dźwięk wykończenie
Ringo bingo!
Too much G.A.S., 06.12.2020
OK I needed a drum kit to muck around on and record the odd fill for loops etc. I put pro heads on them straight away and to tell you the truth the toms and the kick sound really good, not amateur at all. The snare had a terrible after rattle that with my limited tuning etc skills was beyond fixing. I was going back to the actual Thomann store cum town anyway so a store drum tech spent 30 minutes on fixing at no cost. I am now completely happy with the overall sound of the drums. If you know anything about cheap cymbals you will know why I am not going to comment on those regardless of brand. One extra thing I would say is, when I was constructing the kit I noticed that a lot of inner shell screws weren't that tight so after 3 hours (there are a lot of screws per drum) I am now confident that they will not need re-tightening for years I would hope. So in finishing I would say that if you are willing to put a bit of TLC into this kit it is great value and good foundation if you want to upgrade some parts in the future.
Przydatne · Nieprzydatne · Zgłoś nadużycie
Zgłoś nadużycie...

właściwości dźwięk wykończenie
Such Bad Quality it Shouldn’t be Sold
Moondoggy68 , 20.05.2020
I only unpacked the snare, and when played the snare strainer, when off tension, vibrated so loudly, you could hear rattle over the the actual drum beat. It was impossible to play. I reported to Thomann and was told, it was a cheap drum set, and this quality is acceptable to them. Seriously, this kit isn’t able to actually preform its primary function. How can it be acceptable that after every beat there is a vvvvvvvvvv lasting more than a second, which means when played you have this not stop vibration rattle.

I am deeply regretting this purchase, given that I now need to re-pack and deal with the inconvenience of retuning it. This product should not be on the market at all, or it should carry a warning in the description that it is such poor quality, you’ll have to tolerate a bad rattle and vibration.

(Update: after a few weeks use, this set continues to disappoint. I replaced the snare drum as it was unusable, the seat that came with the bundle falls apart regularly, so also replaced, the sticks that came with the bundle are basically toys, so also replaced. There’s now a vibration noise coming from the toms bracket on the base drum)
Przydatne · Nieprzydatne · Zgłoś nadużycie
Zgłoś nadużycie... 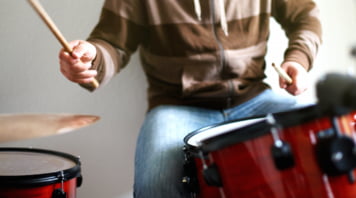 Drum Kits for Beginners
This guide will help you find a suitable drum kit and accessories for beginners.

Choosing a Beginner's Instr.
The first hurdle though, is to decide on which instrument to learn?
Darmowe pobieranie 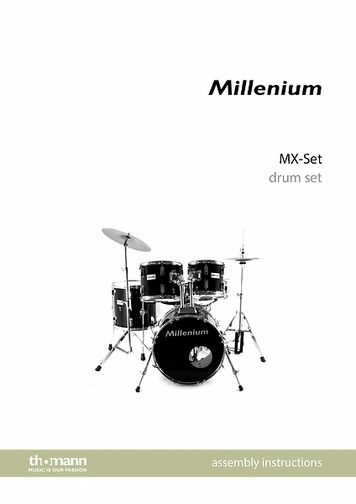 Assembly instructions
Pokaż wszystkie
Choosing a Beginner's Instr.
The first hurdle though, is to decide on which instrument to learn?
Pokaż wszystkie
Drum Kits for Beginners
This guide will help you find a suitable drum kit and accessories for beginners. 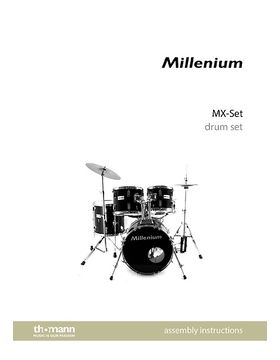