obsługa właściwości dźwięk wykończenie
You get what you pay for (so NOT 10 Marshall 100W heads in a box)
kxszander, 08.02.2020
First of all, it arrived months and months late (due to some c*ck-up in the Marshall factory (no fault of Thomann)); that in itself is quite infuriating when you are waiting for new toys/gear.
When it arrived, I did extensively test: I didn't buy the dedicated cab it comes with, but tried it in conjunction with a H&K Tubemeister 1x12 cab and a Mesa Thiele. That in itself might have been a mistake.
I don't completely hate it; if I did, I would have gotten rid of it by now (and I didn't). The model tones are more or less ok (e.g. Plexi, Bluesbreaker, JVM, JTM JCM 800,...) but they don't have quite the oomph or bite that genuine Marshall tones are known for.
I'm also not really convinced that we need to get 7 (or so) different versions of every amp model with various effects.
The ios-app works well enough, but the option paralysis that it instigates diverts attention from the fact that virtually none of the tones you get out of the Code can pass for the "real McCoy".
It would have been better if its features were more along the lines of a Roland Cube 60 (8 amp models to choose from, fewer presets and maybe two "add effects"-switches, instead of 100 tweakable but essentially sub par presets.
At its given pricepoint, I don't think anyone gets to complain, and obviously this gears more to the starter market than towards advanced players. The illusion of having a 'realistic' 100W JCM 800, Silver Jubilee, JVM, JTM 45, Bluesbreaker, Plexi, ... in one enclosure was just to good to be true.
After some tweaking, it delivers more than e few passable tones; if you can look past the annoying digital artefacts (crunches and bleeps), it is suitable for home use. The built-in noise gate is not a luxury, in that respect.
I took it out on the road once, and it doesn't really cut it for (semi-)pro live-usage.
It's looks are more than pleasing, with aux- and usb-connectivity it is more than aptly featured.
I for one haven't succeeded in looking past the lack of sonic realism.
Beginners should love this; intermediate and pro-player Marshall fanboys will be better off with the Origin or 20W studio series, I reckon.
Przydatne · Nieprzydatne · Zgłoś nadużycie
Zgłoś nadużycie...

obsługa właściwości dźwięk wykończenie
perfect
JorenV, 26.05.2019
using this with the app is the best ever, this is the only amp you can control with a phone and it is so useful, however using the amp without a phone is not as good as regular heads but that is due to all the unlimited options it has.
Przydatne · Nieprzydatne · Zgłoś nadużycie
Zgłoś nadużycie...

obsługa właściwości dźwięk wykończenie
High Voltage RocknRoll!!
Mgno, 20.06.2019
Totally unexpected and amazed by this unit! I recently purchased the Code 100H and matching cabinet and am super happy with it.I've been creating and saving my own Presets and settings and i can say that the possibilities are endless...the tones you can achieve are so close to the real thing it's scary...great amp at a great price.Only recommendation I can make would be to get the foot switch made for this amp.Paired it with my phone via bluetooth and used the marshall app and never been easier to find some good sounds and of course tweak them... Marshall never dissapoints!!
Przydatne · Nieprzydatne · Zgłoś nadużycie
Zgłoś nadużycie... 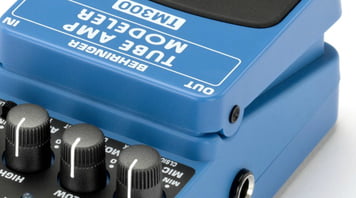 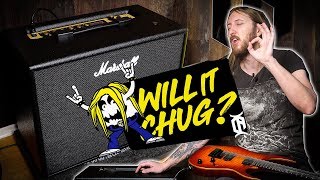 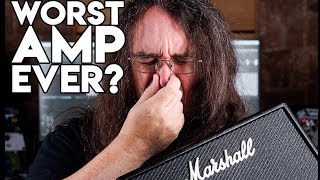 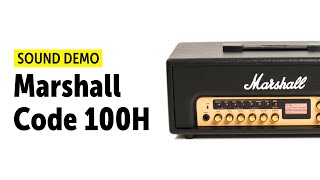 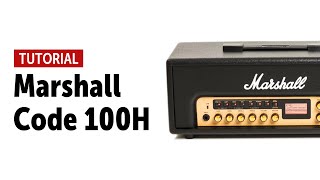 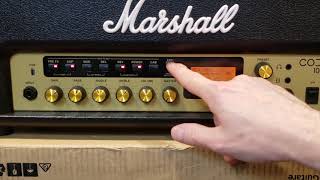 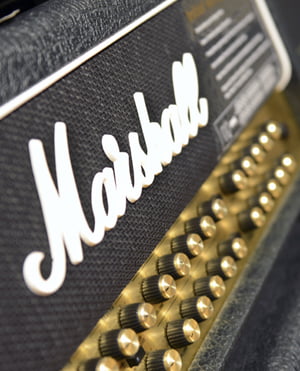 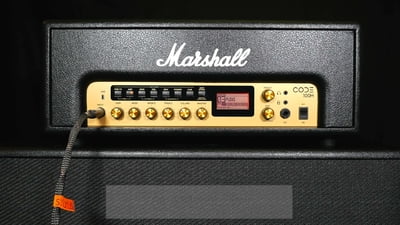