właściwości wykończenie obsługa
Works nice on 5/6 string basses
NickNT, 30.07.2019
I just wanted a gadget to use at home and rehearsals. When gigging I am using a Pitchblack pedal tuner, since I had some uneven experience from previous clip-on tuners, and I wouldn't trust them for a gig.

Nonetheless, the PC-2 is certainly an improvement over anything else I've tried, excluding some very expensive (in comparison) options. First and foremost, it tracks the B string very well (as well as any other string, of course). The build quality is fine (I've dropped it a couple of times with no damage at all), and its pretty easy to read.

The only somehow annoying thing about it is that despite having the option to reverse the screen indications (so that you can place it in the back of the headstock), it makes you feel that this is not its "normal" mode, for two reasons:

a) you have to press the "on" button for a longer time (which would be ok if there was no point b), and
b) it does not store this preference (i.e. reverse mode), and you have to turn it on the same way (long-pressing the button) every single time.

In terms of functionality, I've used it in a rather noisy environment with no problems at all; I cannot however know if it would pick-up unwanted vibrations at a large stage (i.e. very loud PA), since I have not yet used it live. My guess is that it would work just fine.

Overall, I think that it's really great for the price, and it works really nice on bass. I'll probably get a second one as a back-up.
Przydatne · Nieprzydatne · Zgłoś nadużycie
Zgłoś nadużycie... 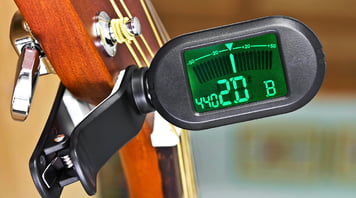 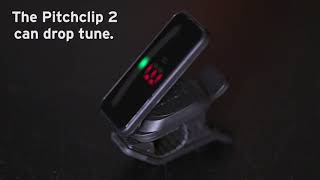 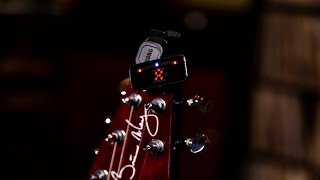 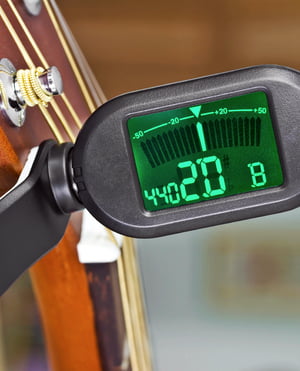 Pokaż wszystkie
Guitar Accessories
We investigate some of the many accessories available for both guitar and bass.