właściwości wykończenie dźwięk
You really can't go wrong for the price
Kootsiak, 05.07.2020
I wanted a second bass for my home studio, something with frets to compliment my more mellow fretless, something that looked cool and played well but didn't break the bank. It hits all those boxes and even exceeded some of my expectations in other areas while letting me down in only one small way.

The Good:
-The fret ends are what stood out immediately to me, they are some of the nicest feeling fret ends of any instrument I've played under $350 (I play both guitar and bass, but relatively new to bass).
-The neck is decently chunky but still leaves me with no issues playing as fast as I want to, as I normally play thin, wide neck guitars with flat fretboards and was glad it didn't "slow me down" any (not that I'm very good).
-I think the guitar looks great and pretty classy with the walnut brown finish. The body shape looks awesome, the Talman shape is a nice change-up on the standard Fender offset designs typically seen, but not too radical to look out of place. I just happen to have the Talman hung up next to my Jazzmaster and it's easy to see where they deviate when next to each other.
-The pickups aren't the highest end part of the guitar, but it combined with the preamp and dual concentric pots, you can get a wide range of tones out of it, while having plenty of heat for metal if you are into that kind of thing.

The Bad:
-The only real downside to this bass in my case was the pickguard. It's not bad in pictures, but is obviously cheap in person. The actual design is just a veneer sheet on top of a white pickguard, which was evident when mine started to peel away in one corner after 2 months despite being in a temperature and humidity controlled environment with 5 other stringed instruments with no issues.

Luckily I had already planned for making my own pickguard out of a flat black 3 ply sheet that I ordered and the pickguard peeling was a strong push to get it done sooner than later. I think it looks more to my liking this way, but to anyone who wants to buy this bass and keep it as is, it's possible it could happen to you and you might not have the money to buy a new one or make your own. You could just glue it back down but how nice the glue will work with the materials and if it will leave a stain or texture as it dries could ruin the attempt.

That's the reason I gave it anything less than a 5-star review, but an issue is an issue and I can't say it's 5-star perfect and feel it's an honest review by doing it. It's no fault of Thomann or even necessarily Ibanez, it could just be an isolated case and don't want to slam what is a incredible instrument for so little money. I guess corners had to be cut to make the more important things like sound and playability so impressive.
Przydatne · Nieprzydatne · Zgłoś nadużycie
Zgłoś nadużycie...

właściwości wykończenie dźwięk
Good but maybe better.
Vlad1slav, 18.11.2020
not configured from the factory. it was not possible to perfectly adjust the scale, there is not enough adjustment range, but the values are quite close to the ideal.
Przydatne · Nieprzydatne · Zgłoś nadużycie
Zgłoś nadużycie...

właściwości wykończenie dźwięk
Simply Amazing!
Hermenegildo, 15.06.2020
I got this bass as my first bass after playing guitar for a while to add some versatility to my musicianship.
I was very excited when i found out about it, and i was even more excited after i received it.
I absolutely love the mat finish and the sound is way better than i expected from a bass in this price range to be.
I warmly recommend this bass, and it seems to even go beyond beginner level.
Przydatne · Nieprzydatne · Zgłoś nadużycie
Zgłoś nadużycie... 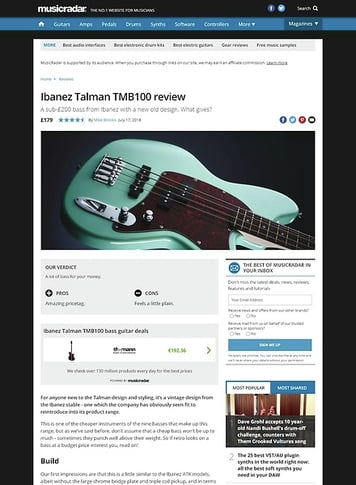 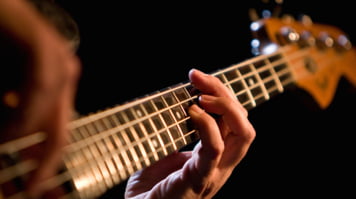 Bass Guitars
Here is a overview of the bass and all its component parts, from vintage to modern instruments. 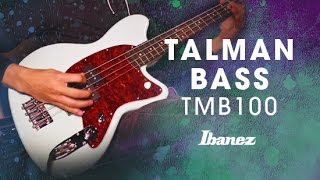 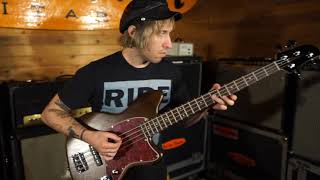 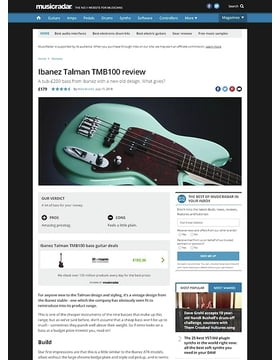 Pokaż wszystkie
Bass Guitars
Here is a overview of the bass and all its component parts, from vintage to modern instruments. 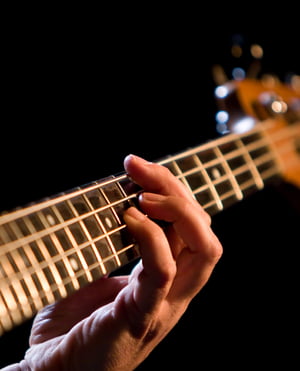