Note: Register your product at www.w-distribution.com/Warranty to extend the warranty to 4 years.

obsługa właściwości dźwięk wykończenie
Great songwriting tool
underGlass, 16.03.2021
I bought this as an aid to developing songs, and with a view to recording basic drum tracks for demos.

Pros:
1) It's extremely easy to use. Simply plug in your guitar and pass the output to either your amp or a set of monitors (I do the latter). Patterns are trivial to tap in using the pads on the pedal; using the strumming function works well too, although I normally just use the pads. A note on the strumming function: 'strum' is probably a misleading way to describe how it operates. It's more that the high and low strings act like MIDI triggers for the snare and kick respectively...so simply strumming some chords won't give you a sensible kick-snare pattern. I've found that the triggering works well out of the box, calibration was virtually automatic.
2) The drums actually sound realistic. Not necessarily studio quality, but certainly not far off. I'd used the Boss rhythm function on a BR-864 for many years, and I find the Digitech samples to be a huge improvement. Each kit includes an alternate voice, which allows some useful timbral variation, particularly with the snare sounds.
3) Transitioning between song parts is intuitive. The pedal accommodates an end of bar transition feature: when you tap the stomp switch to move from verse to chorus (for instance), it will always finish the bar before moving ahead. Useful when you need to trigger the next section a few beats in advance; this also gives time to move your foot to a different pedal (e.g., kicking on OD, delay, reverb etc. for the chorus).

Cons:
1) You will almost certainly need the optional FS3X extension pedal. Many of the switching options are pretty limited without it - for instance, you'll only be able to move through song sections in a linear fashion (verse -> chorus -> bridge -> back to verse) if you rely on the single stomp switch on the pedal. This is the main downside for me, and could have been addressed easily enough by adding a second stomp switch to allow forwards or backwards changes.
2) The chorus section is automatically programmed by the pedal's algorithm. For many this may not be a problem, but I find it a bit limiting. For instance, if you want to change from a simple kick-snare 4/4 pattern in the verse to a different one in the chorus, you won't be able to do so. Instead, you'd have to use the bridge option and tap in the new kick-snare pattern there. Again, this may not be a problem depending on how complex your song structure is, but for most modern rock songs, I think you'd want to be able to program distinct patterns for each section of the song.

All in all, it's a seriously enjoyable piece of gear and very easy to use. It's definitely lifted my practice sessions considerably, and the potential to combine the SDRUMs with a looper adds a world of possibilities.
Przydatne · Nieprzydatne · Zgłoś nadużycie
Zgłoś nadużycie...

obsługa właściwości dźwięk wykończenie
At last a usable drum pedal!
Erky32, 02.04.2018
I've tried old school Alesis, and newer Beatbuddys & Trios , Korg mini etc - this one beats them all. Its a natural process of feel the beat - tap it in either with the button, or scratching the string - I prefer button, and you're away. I tend to generally just use the kick button, because it generates a support for the other hihats etc - theres hardly any need to tap in the snare. If anything , the simple kick plus self generated accesories gives a more usable rhythm than adding the snare - it sounds less like a drum machine to me and a more acceptable support.
It takes a while to grasp the complexity of setting it up, and using the storage, but after an hour or so of perseverance - you get there!
Havent used it live yet, but I will probably give it a try one day.
The sounds are realistic enough for a low key gig to me!
I did buy the FS3X after a couple of days, and it's well worth it - easier to tap in beats (finger button for kick drum beats then hit the pedal to learn) also for adding fills & cymbals to make it more human! Also to stop - this way you can have the pedal at arms length for control.
Przydatne · Nieprzydatne · Zgłoś nadużycie
Zgłoś nadużycie... 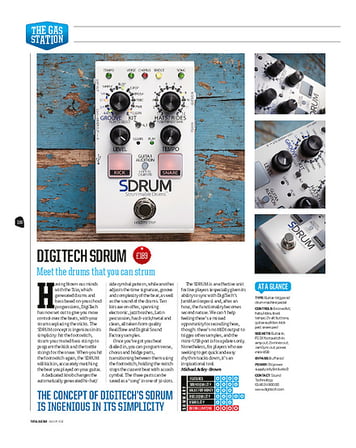 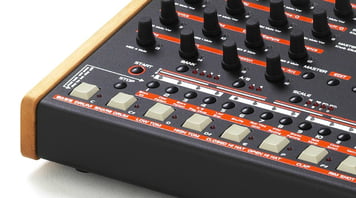 Grooveboxes
The single most important element in any style of dance music is the groove, a chemistry of rhythm for your song that can make or break its overall feel. 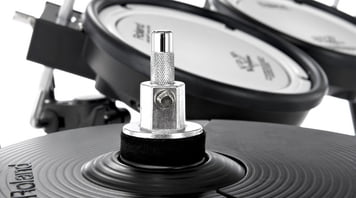 E-Drums
Electronic drum sets are an instrument to reckon with. 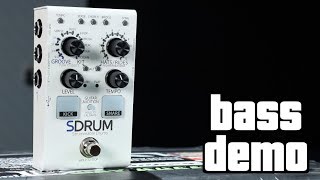 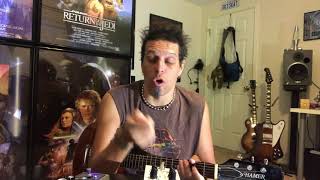 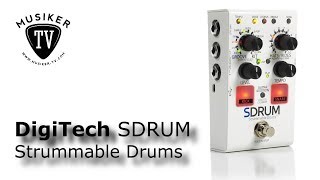 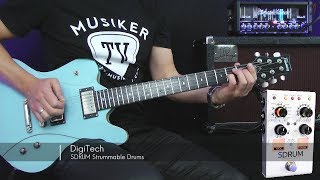