obsługa właściwości wykończenie
Great minimalistic MIDI keyboard
15.03.2017
I am an advanced amateur in classical piano and I already have an acoustic piano and a digital piano. However I needed a very small portable keyboard to use with iPad and Mac for composing on the go, as well as for controlling software analog synths since the digital piano hammer action is too heavy and doesn't support aftertouch. I've read a lot about all the competing keyboards in the 25-49 keys range. I was about to purchase an Akai keyboard but then I realized no matter how good a synth action is, it is just that: a synth action that's way too springy and soft for a pianist used to hammer actions. It would always be a sacrifice. So, I decided to go in the complete opposite direction and go for the ultra-portable CME Xkey 37 Air with keys that are unlike any other synth action. And I am really glad I did!

First of all, it's extremely portable, slim and stylish. This can easily be an Apple product because the design follows closely the Apple design traditions. The construction is very sturdy and it seems very tightly built.

The keys - probably the most important thing about a keyboard. On a first sight and touch they appear more like a computer keyboard rather than a piano keyboard (they have a shallow travel for example and are spaced widely), however I may assure you they are very expressive and I was able to dig in right into playing with some synths and even Rhodes piano and acoustic piano patches without feeling I am somehow limited, having a lot of fun and inspiration! :) Mind you, this is not for playing Chopin but you already know that :) The keys are touch sensitive and the default touch curve seems to suit well the various iOS apps I tested it with, including GarageBand instruments. The aftertouch is polyphonic and works fantastic! The modulation is just a button that is pressure sensitive but it is surprisingly good too. Same applies for pitch bend.

I've read there's some slight latency with it being bluetooth and I think I might be able to detect it indeed but it is so tiny it's negligible. Since this is the Air version of the keyboard, it lacks the sustain pedal input of the non-Air version. This and the fact there's no way to see the current battery charge level take one star out for "features".

There's a Mac, Windows, iPad (but not iPhone) management application that you can use to configure the keyboard, as well as to install firmware updates.

Ultimately I am extremely happy with the keyboard and find it a great new music keyboard on itself, maybe not in the strict classical piano way but still very expressive. Highly recommended for people that appreciate a well thought design and innovative features.

Pros:
- Compact, slim and stylish
- Expressive keyboard with good aftertouch
- Great wireless battery life
- Works as a wired USB MIDI keyboard too and can be powered/charged through the cable

Cons:
- Keys need getting used to, but for me that was only 5 minutes, then I just enjoy it
- Lacks sustain pedal input compared to the non-Air version
- No battery level indicator (only a on-off light that's on when charging and off when 100% charged)
Przydatne · Nieprzydatne · Zgłoś nadużycie
Zgłoś nadużycie...

obsługa właściwości wykończenie
Very compact, but limited usefulness
Gajdzin, 01.08.2018
PROS:
1. very, very compact. Sometimes that's the selling point, if you have very little space
2. looks very pretty and Apple-like
CONS:
1. The keys are mechanically noisy
2. The key travel is too short
3. The velocity sensors are too sensitive and not very linear - can be corrected in software to some degree, but out of the box it's awkward
4. At this price I would expect some simple, soft case to carry it in, since it's so small and portable. I am not going to pay the ridiculous price for the original accessory case.
Przydatne · Nieprzydatne · Zgłoś nadużycie
Zgłoś nadużycie...

obsługa właściwości wykończenie
Best Travel keyboard ever
15.03.2017
1. Very Thin, Very light, very portable. hard metal, build-ed in one piece.
2. Good touching, is not a weighted keyboard, but it feel good and moving fast with you play them, every key have after touch too, even the function key.
3. It look cool.
4. I put a hole on the other side and I put on a guitar strap on it, now become a keytar. 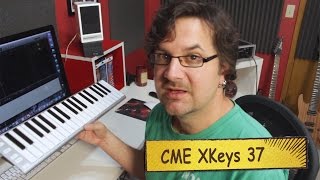 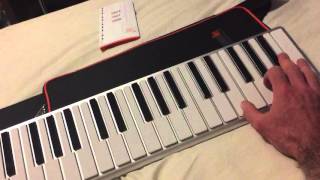 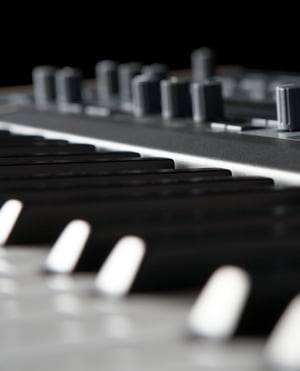