Pros
LED-collar pots are not very common in backpack-sized controlles,
but does it's job well and really helpful to make small adjustments on the fly and not get lost among patches and tracks pre-sets.

Cons
The app to re-assign User A/B layes is Windows only.
While not used very often after initial setup and not a big deal,
it's still a shame for a good product with creative folks in mind.

Logic is ready to go out of the box with no adjustments at all.
While many of "full sized" Mackie Control functions can be reached in need, actually using them blindly without "big brother" LCD screen can be tricky, except you already know all of them by heart. Using basic functions such panning, muting, soloing and navigating track marks is as simple as it can be.

MainStage takes some time to assign knobs and buttons for live patches, but finally can be tailored as much as you bother to think about.

Another cool feature, controller can be switched from Mackie mode to User mode externally, which let you program assignable button to instantly activate Logic app to scroll through the track or adjust some track channel strips, and switch back to instrument controls without need to reach your computer controls!

Active knobs and buttons for MC and User modes remembered separately, so they remains as they were when switching from one mode to another and back.

Re-assignable User A/B layer controls found it's use to assign essential functions be active on both A and B layers at the same time.

All in all, this small gadget does way more then can be expected
from portable controller and quite handy for rehearsals or even live sessions whether you feel like less reverb or more modulation is appropriate.
For studio work, however, the preference is on studio sized LCD text consoles.
Przydatne · Nieprzydatne · Zgłoś nadużycie
Zgłoś nadużycie...

wykończenie właściwości obsługa
Flight Sim 2020, anyone?
Butter, 09.09.2020
I bought this because someone else linked a video of it being used to control radios and throttle amongst other things in Flight Sim 2020. That was purely the intention for buying and in that regard it's perfect. 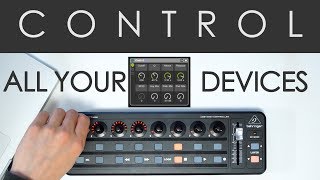 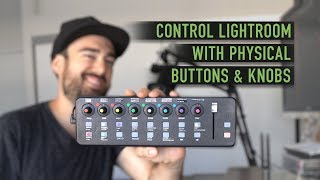 Pokaż wszystkie
Controllers
These days, musicians are experiencing the increasing complexity of their instruments and devices at first hand - regain some of the control you've lost!