These professional condenser microphones for the studio and live use have a comprehensive range of compact dimensions. They are available as a balanced pair and are thus ideally suited for stereo recording. The C-2 microphones are characterised by a light diaphragm for a wide frequency response and sound quality and are suitable due to their handy format for acoustic instruments or as overhead microphones.

właściwości dźwięk wykończenie
Usual great value from Behringer
M-Theory Mike, 12.11.2020
Use:
I use these for recording acoustic guitar in a semi-pro studio

Cons:
Only con is having the low cut and gain reduction switches on the same slider. Limits the functions to flat, low cut, low cut + reduction, but does not allow for reduction with no frequency attenuation. Minor point, I know, but some may find this a limiting factor in certain applications.

I would definitely recommend this set to people, and have been doing so since I bought it a few months ago.
Przydatne · Nieprzydatne · Zgłoś nadużycie
Zgłoś nadużycie...

właściwości dźwięk wykończenie
I was skeptical at first, but they work great!
Björn Magnus Olof, 17.10.2019
I bought two stereo pairs of the C-2, since we sometimes need a larger amount of microphones for some shows. So, that means 4 microphones with accessories for a total cost of 76 Euros. I couldn't invest in something more expensive, so I was sadly convinced not to receive any decent quality for that price, but I was proven wrong.

Features
The -10db came in handy when using as overheads on drums and percussion. We did the low cut in the mix so we didn't use that feature. Anyhow, i suspect it's not possible to combine low cut with -10db..? Haven't checked it up, but it kind of seems so from looking at the mic. I guess the C-2 provide the basic features and the hard case and accessories (windscreen and stereo bar) for that price are incredible so let's go for 5 stars.

Sound
We used them as overheads on drums (the stereo bar came in handy) and percussion for a live show. Both the live sound and the recordings worked great. Later, I also recorded some backing vocals for a guide track with one of these, since it's easier to just put the windscreen (also included) on and sing directly in than rigging up my large diaphragm mic on a stand etc. I was amazed how clear the sound was!

Quality
My colleague has a lot of experience working with an earlier model of these mics from Behringer. He pointed out that they have to be handled with care as they can break easier than other comparable mics. That justifies my 4 star quality rating, actually I can't say anything out of own experience. Anyway, since they come well protected in a stuffed box, it would really be my own fault if they break. I don't know any other mic than a SM58 you could mistreat just for fun ;)

Overall, I'd like to point out again that these mics work VERY FINE for what you normally need a decent small diaphragm microphone for! I have a Rode M3 since years ago that I use every now and then. I have no reason to say it sounds better, and again, it costs the same as 4 of the C-2. And something like a Neumann KM87 was out of my league anyway. To summon up, if you're in for a budget small diaphragm you can just as well buy the cheapest ones there are. You won't regret saving the money and I really don't think a microphone for even four times the price would make you any happier.
Przydatne · Nieprzydatne · Zgłoś nadużycie
Zgłoś nadużycie...

właściwości dźwięk wykończenie
Remarkable
Jez Upminster, 03.08.2020
I've been experimenting with them as overheads on drums, under the snare and for tuned hand percussion and kalimba.

As you have probably noticed, these microphones are absurdly cheap. I got them just to see what they were like. Compared to an AKG C414 they are not as full down below 100Hz and have an enhanced brightness up top. That being said they work fine as overheads. That extra brightness can be softened with a little eq.

I haven't got a pair of Neumans to to a direct comparison but then again I've got £969 more in the bank than if I had !!!

I have spent an absurd amount on some specialist mics in the past. It's not always been money will spent. These are great to get started and learning how to mic things up.
Przydatne · Nieprzydatne · Zgłoś nadużycie
Zgłoś nadużycie...

właściwości dźwięk wykończenie
So far, so very good.
Smigsie., 26.06.2020
I’m using these for both recording and playing live. I have a very old Martin Sigma that sounds great acousticly but doesn’t plug in well. These offer the truest amplified sound I’ve achieved and record just as well. Ive even started using them with my Ovation as I liketo combine the sound with the line in. After a month of use, they perform as new. Great value. I assume that the expensive ones are slightly better, but if you use less expensive sound equipment and recording systems as I do, then I doubt you can tell the difference.... neither can 99.9% of the population! As ever, you need to be aware of positioning to avoid feedback, but the 10db cut does help. I thought I was just risking 40 euros to give them a try but the are one of the best purchases I’ve made so far.
Przydatne · Nieprzydatne · Zgłoś nadużycie
Zgłoś nadużycie... 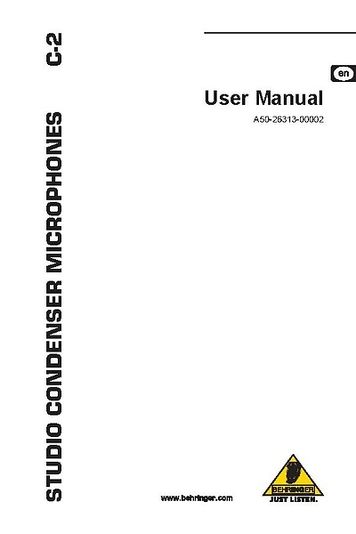 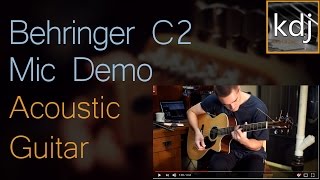 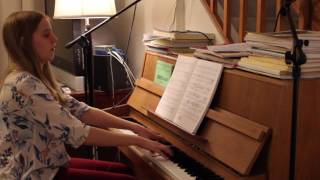 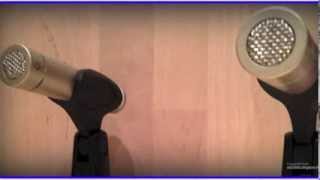 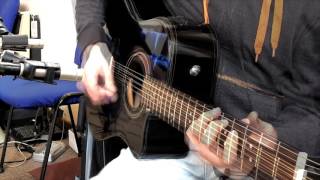 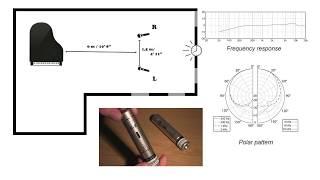 Pokaż wszystkie
Drum Mics
Miking up and recording a drum kit is a fairly complicated procedure, and this can apply equally to choosing the right mics for the job.
Pokaż wszystkie
Small Diaphragm Mics
Read on and learn all you should know about small diaphragm mics
Pokaż wszystkie
Manual
PDF
Podsumowanie:
Przeczytaj test