właściwości dźwięk wykończenie
Superb Drum Mics for Live Sound
Joel Nichols, 04.06.2013
If you're looking for a rugged, great sounding set of mics for live use, then I'd really recommend this set. For studio uses, I personally find the "Pre-EQd" nature of them to be restrictive, but to be fair, I only purchased them for live use, and for that they are superb! The mics are supplied in a metal flight case, with custom cutouts for each mics. It's a rugged housing although isn't as strong as a true flight case, so I tend to keep mine inside another trunk That said, it's far better than just having some pouches rolling around everywhere.

The clips supplied with the mics are also worth a mention. The D-Vice clamps used for attaching the mics to drum rims are superb, allowing much more freedom of movement than a traditional clamp, like those found on the Sennheiser E604. The ability to attach other clips to them is also a useful feature, and I use an extra one to fit an Audiotechnica Pro 37R underneath snare drums without the need for a stand. The standard clips for the D6 and ADX-51s are also excellent, with the ability to tighten them without having to reach for a screwdriver being massively helpful when setting up against the clock.

Looking at the mics individually, let's start with the D6. It's become a very respected live mic and is featured on many riders these days. Starting with the design, the compact size makes it easy to position, even on drums with small ports - a major advantage over mics like the AKG D112. Sound wise, it definitely goes after the "American" sound, with a fat bottom end, scooped mids and clicky highs. This is generally what I'd dial in for other mics anyway, so I don't find the pre-EQd nature a problem - indeed, it leaves most of my EQ available for compensating for the drum, rather than the mic. With a good gate, this mic allows for extremely tight low end without any hint of muddiness or boominess. For jazz bands, some experimentation with positioning is needed to get a little more of a rounded, organic sound, but for louder pop, rock and funk acts very little EQ is needed.

The i5 is Audix's attempt to go after the SM57, and in the design stakes it wins by being shorter than the Shure competitor, making it much easier to position on a snare drum, keeping it out of the drummer's way. It also is fully metal, without the plastic end of the 57, meaning if the drummer hits it by mistake, you shouldn't have a problem. Sound wise, think of it as an SM57 with extra sizzle. For electric guitars, I find it to be just a little too harsh and unnatural, but on snares I'd take it over a 57 any day! I'm often finding myself leaving the EQ completely flat and getting the crisp, punchy snare sound I want without any hint of harshness or artificial sound.

Now for the D2s, specifically designed for rack toms. Design wise these, as well as the D4, almost look like a mini D6. While slightly larger than something like a Sennheiser E604, they're certainly not big enough to cause problems. Tuned specifically for rack toms, these have a good tonal balance between capturing the warmth and depth of the toms, while not letting resonance and mud get out of control. I wouldn't say they're as "run 'em flat" as the i5, but they're certainly good.

The D4 is the final dynamic mic in the set, specifically designed for floor toms. I think it's great that a mic is included specifically for this application, as floor toms have their own unique challenges compared to their rack equivalents; the main ones being the sheer depth, low end and resonance. The D4, distinguished from the D2 by its red grille, handles this superbly. Like the i5, I find myself needing very little EQ and still achieving the warm, fully and punchy sound I want, even on drums that aren't well tuned.

Finally the ADX-51s, the overhead mics included in the set. These really do have a sound signature great for overheads, crisp, detailed, and minimizing any washiness which is a big problem I often find with overhead mics. The inclusion of a switchable low cut and PAD also adds to their versatility. I've had good results using them on hats, ride, and acoustic guitar, as well as room mics. That said, for some uses, you may find the top end just a little bright out of the box and needing a bit of a cut. Saying that though, the top end remains smooth in most uses and never sounds scratchy or harsh.

Overall, if you're looking for a live set that gives the sound you'll want in most settings almost right out of the box, I can really recommend this. For studio users, I think you'll want a more flat sounding set allowing you to get a more natural, organic sound with more freedom for creativity.
Przydatne · Nieprzydatne · Zgłoś nadużycie
Zgłoś nadużycie... 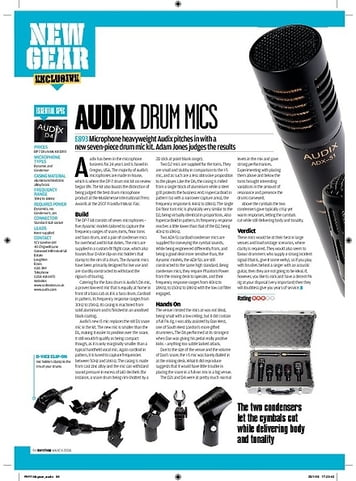 Stage Vocal Mics
There are many vocal microphones that are suitable for stage use, from the cheapest dynamic to the most expensive condenser.
Darmowe pobieranie 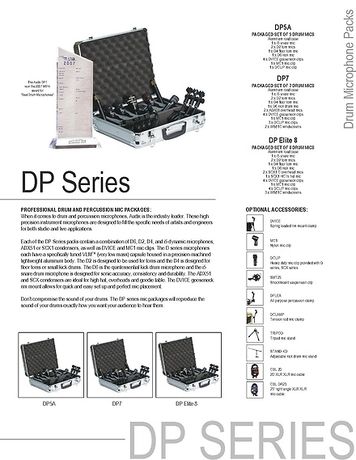 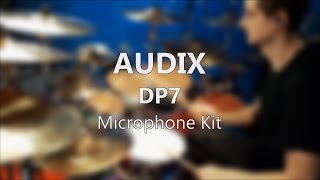