obsługa właściwości dźwięk wykończenie
Does it Sound Like A Saxophone? No.
Stephen148, 10.08.2015
I bought this instrument mainly to use in silent practice when I am away from home. This has changed recently because I now have studio monitors (KRK Rockit 5's from Thomann) which I'm using to amplify it and also play backing tracks on it simultaneously.

But, it will still have it's uses for silent practice. There are some differences in the fingerings between the EWI and the sax, even though it can be set up to play as a sax, you still need to get your head around certain differences, but this is fairly intuitive.

The other difference is that there's no need for a strong embouchure for higher notes, as you just roll your thumb up the octave rollers at the back to span 7 octaves effortlessly (compared to the sax's 2.5 octaves, which can be tricky to play at either end.

The issue I have is with the various sounds. They are not very authentic for some of the woodwind "programs" and (ironically) the saxophones are the least authentic of all, to my ears. But it you treat it like a completely different instrument, it's fine.

The program editor that comes supplied (or at least by download) is an essential tool in helping to tweak the various in-built sounds, but it takes some getting used to. I bought pre-sets for all 100 sounds from an expert in the USA and used his settings which really do seem to have made a difference to the onboard sounds.

The main advantage of this model over the less expensive EWI4000 is that it can be wireless. This is a major plus for anyone using it on stage or in a performance stetting (as the EWI does not have to be tethered to the amplifier (the wifi box is attached to the speakers.)

Even just using it at home, I have found the freedom I get from not being attached to the speaking with the USB cable a real bonus as I can have my music stand at the opposite end of the room from the speakers.

Overall, it's a fascinating instrument that will take a lot of time to use properly, but one that I am very glad to have bought.
Przydatne · Nieprzydatne · Zgłoś nadużycie
Zgłoś nadużycie...

obsługa właściwości dźwięk wykończenie
Good improvement of a great instrument
Jorge Bach, 21.09.2014
I've played the EWI 4000S during almost five years. The EWI 5000 is a great step ahead, the instrument maintain the overall characteristics of playability and capacity of adjutment to personalize it.
the sounds are clearly better, also the selection of instruments, mainly wood wind and some brass, I agree to the discard of the string sounds. It is a wind instrument ! Of course the sounds don't match a real instrument. Who like a real sax sound, must buy a sax ! The degree of expresivity is the same of the 4000S.
The wireless work very well, I've tested it far away of the receiver, it brings to the instrument a fantastic freedom.
I still haven't tested the soun edditor. It is an useful characteristic to have a default sound bench and a personalizable user sound bench.
At the next link Peter Climie show the 100 default sounds:
!
I'm really satisfied with my new Akai EWI 5000.
Przydatne · Nieprzydatne · Zgłoś nadużycie
Zgłoś nadużycie...

obsługa właściwości dźwięk wykończenie
BATTERY CODE 88 VERY COMMON
BenV, 18.01.2016
When I first bought this instrument, it was great and worked out okay. However, after using it and working to use it in performances, I have had many issues with the batteries and code 88. This basically means that your batteries are dead, and it is not very easy to get them replaced.

Thomann were very helpful with the whole process, but it took them almost 2 months to get new batteries out to me, and now the new battery has the same problem as before. Basically the unit is junk without a battery and cannot be used at all. It is not very reliable and I wonder how many others are having these issues with batteries?

obsługa właściwości dźwięk wykończenie
Delivers as promissed
Sten Stinus, 01.04.2020
If you read the promotions about it, I can assure you that it's exactly what you get. I was somewhat in doubt, it sounded to much in all the advertising, but yes, it delivers what it promisses.
Przydatne · Nieprzydatne · Zgłoś nadużycie
Zgłoś nadużycie... 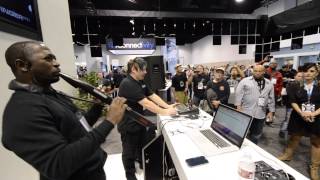 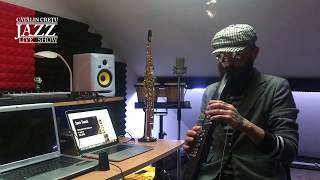 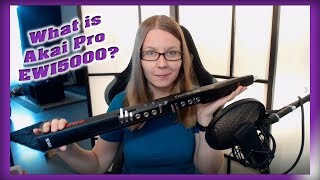