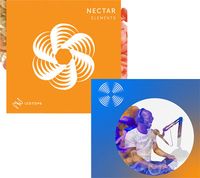 B
Best bang for the buck Bob1991 09.06.2017
I had this microphone tested in a microphone shootout, and it came out a lot better than expected. Especially at this price point below ¤60, it is definitively the best large diaphragm condenser mic you can get.

Bought this mic when I was 16, and since then used it mic on lots of semi-professional recordings before moving to a slightly better, much more expensive mic because of more income.

The SC400 gives vocals a nice thick body with a lot of treble. Maybe a little too much 12-18kHz treble, so try some different mic techniques, like putting a thin sock around the mic or something, to dampen some of the top-high frequencies.

When opening the microphone body, on the circuit board there is a small switch which works as an attenuator. With this switch enabled, it lowers the mic sensitivity, thus making it also suitable for loud guitar amp recordings.

A slight disadvantage is that the golden paint comes off really easy, after a year of using it and putting it on a shockmount, the microphone body was all blank (black), so it was different to see which side is the front. But what would you expect at this price point..
features
geluid
afwerking
1
0
Evaluatie melden

S
Excellent for podcasts Synic42 08.08.2019
I was looking for a good mic for podcasts and video's and you simply can't beat this one. It has an excellent build quality and the sound is excellent. I chose this model over the USB version, so I can have some control over the output volume.
features
geluid
afwerking
0
0
Evaluatie melden