bediening features afwerking
Excellent features
07.03.2017
Received the T-bone mic today and was initially impressed by the weight in the case. although in an old school Shure radio mic case, it felt pretty solid.
After unpacking and connecting up, I have had a good play with all the features, and the amount of control given here is impressive. From altering the gain on the mic, to altering the power of the transmitter to balance battery saving with power to reach further away from the receiver (Speaking of which, with the receiver inside my dining room, with thick sandstone walls, I was able to go outside and at least 40 metres away with my back turned blocking the signal without any issue) .
The IR sync is quick and responsive, the auto channel search is again very quick at its job, and makes life very simple. All in all the receiver is an excellent piece of equipment and well worth the five stars.
However, the mic itself is not quite so deserving. Again it has a weighty, quality to it, and aside from the IR sync, has some manual buttons to alter frequencies etc yourself if you so wish. It feels like a solid build, and like it will take a few knocks if need be.
on testing with the Amp, the sound is well rounded and in need of very little tweeking. but then comes the sticking point. Handling noise! just lightly handling this mic produces quite a bit of noise, even after reducing the gain on the mic to the lowest setting.
I am quite physical with a mic on stage, swapping hands in the middle of songs via a short throw, clipping it in and out of a mic stand etc. So I'm unsure how well this mic is going to work out for me. I have used far inferior mics to this at an even more budget price that have little to no handling noise. Now it may be that this particular item has a fault on it for which I have already written to Thomann about, and should they reply and be able to resolve this issue, I will definitely be adding on a star or two to this review. The overall sound is excellent as is the ease of use and build of the receiver, but if the handling noise is a normal part of this mic then it may prove of limited use.
Behulpzaam · Niet behulpzaam · Evaluatie melden
Rapporteer een evaluatie…

bediening features afwerking
Amazing Value Microphone
The funk messiah, 22.05.2019
I use this microphone for speech use only no singing.
It is used at public ebents such as school and gaming events.
The sound quality is very good for this sort of thing. I cannot comment if it would be ok for live band vocals but in all honesty i think it would hold up well.
The microphone has excellent range, 100m was not a problem. No drop out of the signal and the delay was inperceivable.
Battery usage seemed fine, gave me no worries.
I noticed no excessive handling noise like some reviews have stated.
It feels well made and the case has proved useful, even has space for spare batteries..... a nice little touch.
Overall i am very pleased with the qualirt and value of this microphone and am going to purchase another very soon.
I was lucky enough to compare this to a much more expensive shure beta58 based system and the sound was so close it suprised me.
Maybe a better PA system would have shown a bigger difference but i was running it thru RCF art 312a MK4 so pretty decent speakers! 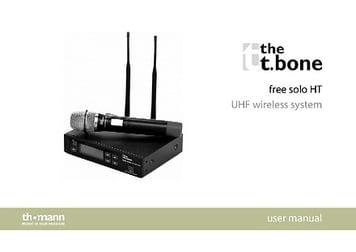