bediening features geluid afwerking
The best, worst portable?
PoeKey, 11.12.2020
I've had the Go:Piano for nearly two years, and have used it occasionally, mostly for informal rehearsals. I'm primarily an organ-player, but love piano, and adore my trusty CP-300. The playability, the connectivity, the sound! But I don't like the bulk. At 32,5 kg + flight case, it's tough to lug around, and mostly leaves the house for major gigs. For other occasions, I wanted a lighter, more casual keyboard that I can 'toss around'- with a focus on classic, electric pianos, because acoustic pianos are so difficult to emulate (not least on a budget).
I had a lighter 88-key option, a Yamaha P-45, but it wasn't all that easy to toss around (too long), the sounds were lack-lustre and the action was uninspiring.
So I decided to just disregard it all, and get the lightest, cheapest, half-way decent EP with full-sized keys I could find. Enter the Go:Piano.

About the 'Handling' rating: If it refers to weight/portability, it's a solid five stars. But if it refers to operation (including keybed/playability it's barely one. That's my reason for giving it three.
Behulpzaam · Niet behulpzaam · Evaluatie melden
Rapporteer een evaluatie… 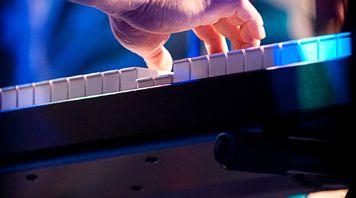 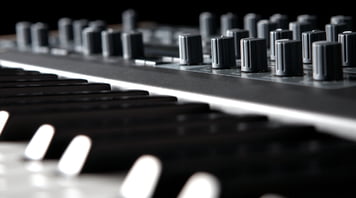 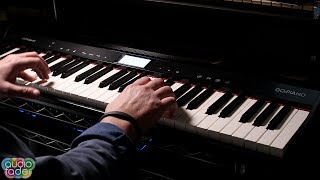 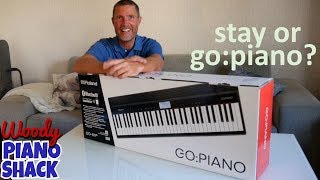 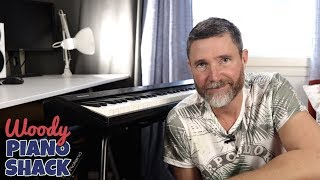 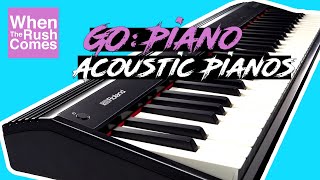 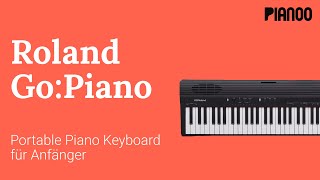