afwerking features bediening geluid
Great audio interface, with great possibilities yet some missed oppertunities.
Maua, 16.01.2018
I have been a Motu user before purchasing this one (828mk3) and I'm very happy with the new series.
It sounds great, the drivers are superstable, also on very low latency settings, the design and new led is slick and the finishing is very sturdy and solid. Given Thomann's /Klemm's great promotion on it it is an absolute steal.
One point of critcism I must add though. It has been mentioned by others that the routing and software have a somewhat steep learning curve and takes getting used to. That in it's self is no problem, you learn and will be rewarded. I couple of things I missed though were unexpected and unortunately confirmed by Motu's support really not present.
One thing that has really changed in regards to the mk3 series is that no longer do you have full hardware control on the mix. Given the extensive possibilities that can be excusable, however I was very dissappointed to see that only the main out and headphone out can be controlled by a knob. The other outputs only via the software. Given that this device will appeal especially to the home/bedroom producer wanting pro quality it is a bummer that you can't simply control the volume of a second pair of monitors on the frontpanel and will always have to leave the program in which you are working to change settings for the other monitor. Being used to full control, this seems extremely limited. Also I have not found a way to set the other analogue outputs as a stereo pair. This means that I have to set the L and R levels individally in the software. It's by no means a deal breaker, yet still annoys me because it would be so easy to add that ease of use. One other minor issue is that the 'Main mix' in the software appears the only one which can not be controlled via faders, only via little send sliders. The options are so vast that there's many workarounds possible (having it just follow the master input faders and put other mixes you might wanna send out pre fader for instance) , yet it feels silly that it is set up like that.
Having said that, I'm extremely happy with it and perhaps some of my minor nags will be adressed in future software updates. If anything, the service at Motu is GREAT!!!. They respond usually within a couple of hours in a very pleasant and knowledgeble manner. They adress all questions and there's no question they read everything you write fully and they respond individually. They are among the absolute best if not the best in CS from all the companies I have ever corresponded with in my life.
The interface is in one word magnificent, I can recommend it to anyone and my loyalty to Motu has only strengthened from it. (for me no need to doubt between them and RME anymore).
Behulpzaam · Niet behulpzaam · Evaluatie melden
Rapporteer een evaluatie…

afwerking features bediening geluid
Want to love it, but the software interface is unreliable
Max Sju, 02.11.2020
I really have a love/hate relationship with this device.

The unit itself is almost impeccable - sturdy, small and handy footprint, high quality components - preamps and analog inputs (from what I can tell/hear). The sound is great, and the idea of virtual mixer with compressors, eq's, reverb etc in a unit of this size is amazing.
And its almost there, BUT:
The software interface, which you depend on for most adjustments of your monitoring and routing, is barely usable.
The idea of a web-based app made me doubt the purchase at first, but I chose to trust that MOTU knew what they were doing.
But, unfortunately, the software interface has shown to be a nightmare.
I have never been able to use the app, during more than a year, without it bugging out. It freezes constantly, and when it does, you cant make any changes. Lately I've been stuck for hours, restarting the unit several times, trying all different web browsers, nothing worked, it just kept freezing.
I've found some tricks, like turning off and on EQ's in the virtual mixer, but really, an audio interface that depends so much on its software like this device, needs a super reliable software interface (well, all audio interfaces do).
I really hope MOTU are doing what they can to adress the bugs in the software. This could be the perfect interface, but yet of today the software is not nearly reliable enough.
Behulpzaam · Niet behulpzaam · Evaluatie melden
Rapporteer een evaluatie…

afwerking features bediening geluid
Routing everything
Ruben303, 20.09.2015
I've owned many MOTU products for years, 828mk2, 828mk3, ultralite mk3, 16A and now the ultralite AVB. Although the ultralite doesn't share the same AD/DA converters like it's bigger brother, the 16A, they are still a big upgrade coming from the ultralite mk3. I mainly use this unit on stage during dj/live performances. It's a very solid built device, you could drive over this thing with your car and not hurt the inside, it's THAT strong. The new routing possibilities of the machine are insane. You get 64 virtual asio channels which you can route anywhere! So i route 8 channels coming from Native Instruments' Traktor and 16 channels coming from Maschine, into Ableton Live which i use as a giant custom effect rack. All this over a single USB connection. I would definitely recommend this to any artist who want a lot of I/O, complex routings and a solid built device which will endure travelling on the road.
Behulpzaam · Niet behulpzaam · Evaluatie melden
Rapporteer een evaluatie… 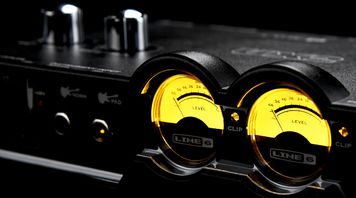 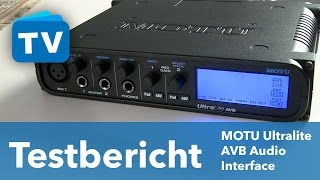 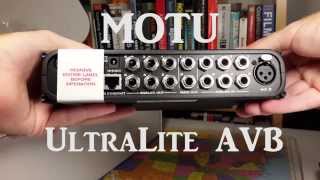