features geluid afwerking
Lovely pair
A D , 11.07.2020
Clean and honest sounding with a hint of air. I mostly use these for recording accoustic guitar in an ORTF configuration.

They compare very favourably to much higher priced mics, and I can think of nothing better until you start spending silly money.
Build quality is good, clips are solid, and the little slip case may come in handy for some. Mics are nice and discrete due to thier small size too.

Some may find these lacking some minor features such as pad button, but these can handle serious SPL's so it's not really needed. No changeable capsules is to be expected at this price, but again not essential. The cardoid pattern is by far the most useful for my needs.

These are no-nonsense, great souding mics that are perfectly matched for stereo recordings of full range instruments such as piano, guitar, choirs etc, and would probably make awesome overheads for drums too.

Would buy again. So good that I'm now looking into other Lewitt mics to add to the studio.
Behulpzaam · Niet behulpzaam · Evaluatie melden
Rapporteer een evaluatie…

features geluid afwerking
These mics do not work for me.
Mr Tea, 02.03.2021
Problems appeared when trying to use these beautiful designed mics on the Zoom F6 field recorder. Hiss and whistle sounds appeared when turning the volume up, too bad too ignore. I tried to eliminate the problem by changing channels, cables and surroundings. Nothing helped. I contacted Lewitt, and they did send me a new pair of mics, which was really very nice of them. The new ones showed similar symptoms. I then read in a review that some old interfaces show problems with these mics due to their relatively high power consumption, and the old interfaces too weak phantom power supply. The Zoom f6 field recorder is a new model which works usually very well, but perhaps it has a similar problem? All my other 10 mics run perfectly on it. Finally I got the Lewitt LCT 040 mics running ok and without the hiss on a Behringer interface, but to be honest, their ordinary self-noise seems to be the highest of all cheap mics I own. This is not mentioned in most of those flattering reviews that made me buying them. No problem when recording a punk or metal concert, but quieter music? The positive: They have a clear and fresh sound, unexpected nice proximity effect but to my taste, a bit too hyped in the higher frequencies. The clamps and the stereo bar that followed the package are really nice and I will use and love them as if their where my own, but the mics are of no use for me. They do not work clean on my preferred equipment, the Zoom F6 recorder I am using the most.
Behulpzaam · Niet behulpzaam · Evaluatie melden
Rapporteer een evaluatie…

features geluid afwerking
Small and sweet!
Andreas101, 04.09.2021
First time experience with Small Diaphragm Condenser Mics, but from what I can hear, is that I absolutely love them! They sound very natural, smooth and do their job pretty amazing! Mic position plays a massive role and paired with these, you can't go wrong!
Behulpzaam · Niet behulpzaam · Evaluatie melden
Rapporteer een evaluatie… 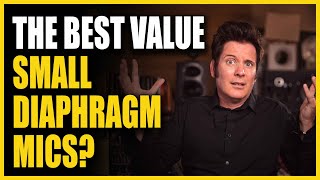 Toon alles
Are these the Best Value Small Diaphragm Mics? (Only $149!) - Warren...
Pro­duce Like A Pro 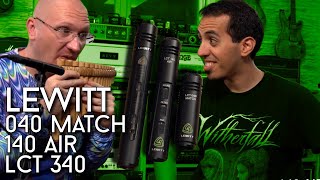 Toon alles
Get­ting silly with tiny mics from Lewitt! Alex Nasla made me do it!
Eyt­schPi42 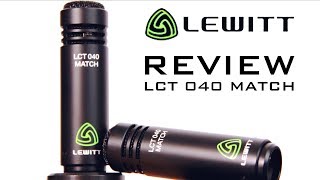 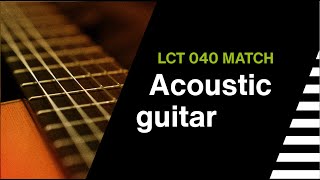 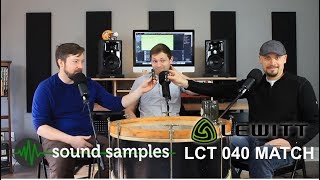 Toon alles
Small Diaphragm Mics
Read on and learn all you should know about small diaphragm mics
Toon alles
Recording Choirs
Recording choir music is always a challenge, even though it might not seem to be at first.
Test Conclusie:
Lees review