The New XR12
Jayboy, 16.05.2015
I'll jump straight into this by saying that this XR12 is solid. Behringer are always considered the next best thing with their gear but this is as good as it gets. There's not much on the hardware side to shout about apart from the sockets - excellent quality and gives a confident connection. There are 2U rack ears included if you want to use them.

It's early days for this technology and the available apps will be where it scores the most against the competition. Having said that, you may already know about the x32 engine running the show and I am impressed with effects available. Once you work out how this mixer works without having an in depth manual, then you can appreciate it's uses. The app differs slightly across platforms with PC/Mac giving better control and other features than iOS or Android...

So to summarise a few questions I never found the answers to before I bought this, here's an explanation... The are four effects slots from the dozens of FX's available, only one can be assigned as system to the main output but set as an insert, any channel can access any four. There are 12 physical inputs but 16 channels to mix with so you can specify a route for example: Mic on input One going to channels 1, 12 and 13 for mixing. (it's complicated but possible) also, There's EQ available on every channel, Main and FX and so much more. I'm having a lot of fun with this unit and as Behringer have promised more with updates in the future I am looking forward to that to.
Thanks for reading.
Behulpzaam · Niet behulpzaam · Evaluatie melden
Rapporteer een evaluatie… 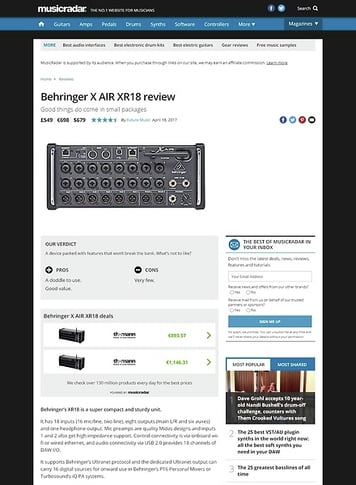 Mixers
In this guide well concentrate on the functionality of hardware mixers. They are an essential part of any live sound systems and studio setups.
Gratis downloads 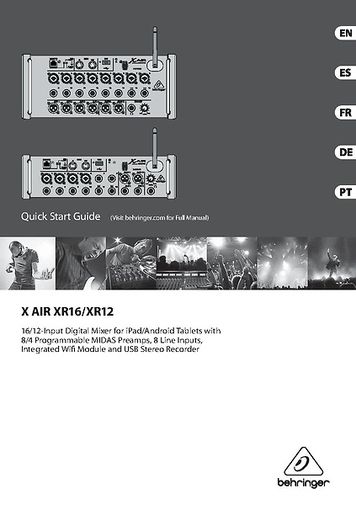 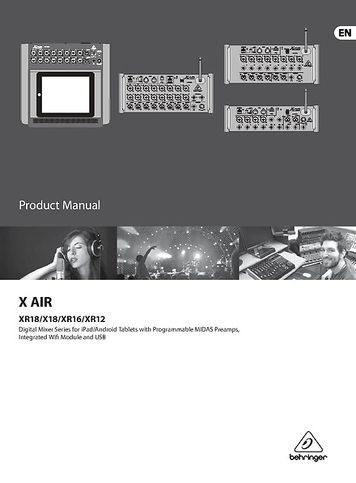 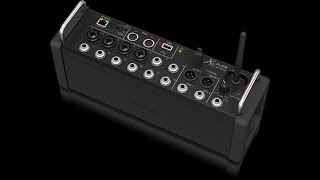