geluid draagcomfort afwerking
Extremely Comfortable and surprisingly well built
Bards&Dragons, 16.04.2021
What I immediately noticed after putting them on was that they might just be the most comfortable closed back pair of headphones I've ever worn. The earcups are simply flawless and while the padding on the headband looks pretty thin I don't have any complaints.
I was also really surprised by their built quality, having heard about issues with this model. I would go as far as to say that it is by far the best built AKG headphone currently in production, although not quite as well as the now discontinued K550 series. However just about everything looses to the k550 series when it comes to built quality. Overall they feel sturdy and use high quality materials with a great fit and finish. That being said the hinge definitely feels like an obvious weakpoint and I would have preferred it if they sacrificed a bit of portability (rotating the earcups inwards really doesn't make them much smaller) for durability, however only long term use can tell how well they'll hold up.

I was significantly less impressed with the sound. They are advertised as professional studio headphones and while they are useable for tracking thanks to their decent isolation, their sound signature makes them simply unusable for pretty much everything else you would do in a studio, as they might be the least neutral headphones I own.
The bass is quite elevated, however they somehow manage to be both bass heavy yet lacking punch in the low end. This leads to comparatively recessed mids making most instruments and vocals sound somewhat distant and muddy. This wouldn't be the end of the world, however it is exacerbated by a massive dip in the upper mids/low treble completely burying many harmonic frequencies in the mix, which causes the already quieter mids to sounds like they were recorded through a pillow. There is a slight emphasis on the mid treble but this does little to add detail or clarity and just emphasises cymbals.
Overall these are terrible for mixing purposes as the frequency response almost feels like it was purpose made to bury potential issues in the mix.
That being said they don't sound terrible when listening to music and they are very forgiving to bad mixes as they bury mistakes and are probably quite decent for bass heavy music like EDM perhaps. However with a lot of songs it can feel like you're being bombarded with bass instruments and cymbals through the headphones while other instruments and vocals are being played through a separate speaker on the other side of the room, which can make for a very straining and uncomfortable listening experience.
They do however have a great soundstage and god imaging for a closed back.

If you want extremely comfortable, well built headphones with good isolation and an ok sound for a reasonable price I can highly recommend them and I'll keep them for these purposes however I will definitely apply an EQ for certain music.
If you want headphones for professional work, you should stay away from these. The same probably goes for people who mainly value sound quality that being said audio is highly subjective and if you get the chance to test them you might end up liking the sound signature.
I would definitely consider them an overall step up from the similarly priced ATH M40x/m50x but I think one of the DT 770 models is still the way to go if you want a closed back in this price range and don't need a detachable cable.
Behulpzaam · Niet behulpzaam · Evaluatie melden
Rapporteer een evaluatie…

geluid draagcomfort afwerking
Probably best sub 200€ choice
Lars1997, 18.05.2021
As the title says: In terms of sound this is a very solid option. Frequency response is flat except for two parts, which you can easily account for when you know them: Its a few dB sharp in the 2.5kHz range, and sub 200Hz its boosted by around 5dB. The latter is actually pretty nice to have as you can easily hear whats going on down there. And even though the headphone has some trouble reproducing finer details, its sound is remarkably clean. Just take a look at the charts on diyaudioheaven and you'll see what I mean.

However, as long as you haven't worn them in, the comfort is absolutely terrible. I couldn't wear them for more than 5 minutes in the first week. After a few months of daily use, they are fine now, but I still sometimes get a headache from their clamping force.

Build is amazing. Its all plastic and the pads are synthetic leather but it feels so quality. I could touch it all day.
Behulpzaam · Niet behulpzaam · Evaluatie melden
Rapporteer een evaluatie…

geluid draagcomfort afwerking
AKG wins again
Consu, 07.10.2020
I had bought a pair of Beyerdynamics and they sounded very distant so i returned them and decided to stick with AKG (had owned a cheaper paid in the past). I really love the vibrant and truthiness of sound. If i had to pick a min point, they are a touch on the bright side, but this could simply be the way a song has been mixed. Very comfy. Amazing to get all the leads and the case with it too ;-)
Behulpzaam · Niet behulpzaam · Evaluatie melden
Rapporteer een evaluatie… 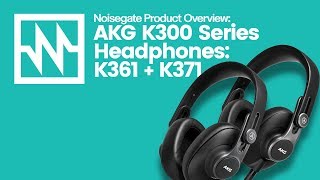 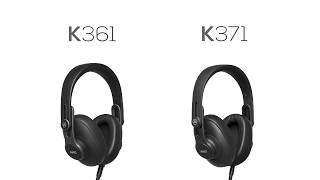