features afwerking geluid
Excellent studio monitors
George Kol, 05.12.2020
I am a pro FOH engineer. I wanted a pair of studio monitors so that i can do some work from home, mix some multi tracks from previous shows, edit radio spots and when we start working again i will use them as reference for virtual sound check. I used to own a pair of Genelec 8020A and i have heard lots of studio monitors which are in the more expensive price range as they were installed in recording studios i've been.
I can say with confidence that the Adams are the best in this price range. They clearly sound as they are "upper shelf" equipment.
The sound is full in the whole frequency spectrum except from the lows to low mids where they have small dip there, but thats not something that i really miss. I actually think that i helps with the overall clarity of the monitors which is exceptional. It's just something to have in mind for the one's that use them for mixing.
That said, the overall lows of the monitors are extremely well defined not muddy and punchy. Now for the sub to low region of the spectrum they are so so full for the size of the speaker. I like bass but i like clean bass. And they deliver. I think that there is no need for sub except for the one's that may use it for movies. Definitely not for mixing. I had a sub in my previous setup and when i heard them i took it off. Also the +2db makes up for those who may want a little more bass.
The Mids are represented very nice.
The highs are just silky. Their frequency response is stellar for the money and the clarity they provide is just unheard for this price range.
Also the thing that they are not ear fatiguing is true thanks to the ribbon.
Also the soundstage they provide is huge. It's very wide and every instrument is well positioned in the stereo field.
Overall they are very analytical, full sounding and fairly flat. A good recording is going to sound very very nice. A bad one will get "busted".
So the pros are all these.
As for cons, is that they have the power button on the rear. But i have plugged them both on a power tile with power button so i can power them on and off easily. So not that much of a problem.
Another is that i would much appreciate if there was a distinct position for 0db as the volume pot moves freely.
If this is your price range, then get them with no hesitation.
They are going to deliver more than you would expect.
Behulpzaam · Niet behulpzaam · Evaluatie melden
Rapporteer een evaluatie…

features afwerking geluid
Best All-rounders for the price.
letters teko..., 12.03.2020
My Emes Waldorf monitors were up for replacement. These were over twice the price when new, so I didn't expect a fair comparison but hoped the Adams would be acceptable. Much to my surprise though, these Adams had deeper lows and higher highs than the Emes did! Moreover, they provide such a wide frequency range without becoming boomy or shouty. This gentle behaviour means the mid-range isn't pushed away like often happens with cheaper speakers.

Compared to the Yamaha HS5/HS7, the midrange is less expressive, which can be tricky when mixing guitars and vocals. But the overall frequency response is much broader, allowing for more 'air' to be heard in the mix. Also, the Yamaha's can be very tiring to listen to.

The T7V has even deeper low-end and provides more punch for bigger rooms. However, the T5V is slightly tighter in the midrange and more suitable for true near-field monitoring. Looking for Hi-Fi speakers in the living room? Get the T7V! looking for really transparent monitors in a small studio? Get the T5V! Truly the best all-round monitors for the price!

Downside: No power indicator light on the front, so it's hard to tell whether they're on or off.
Behulpzaam · Niet behulpzaam · Evaluatie melden
Rapporteer een evaluatie…

features afwerking geluid
Great sound quality albeit with a nasty buzz
george999, 02.06.2021
When I first got this item I was very dissapointed to hear a loud buzz that sounded like ground loop noise through the speakers. It was audible even when audio was being played back. Originally I thought it was a grounding issue with my appartment, but then the same issue appeared at my next appartment. Coincidence? Maybe. I was able to fix this problem by disconnecting the grounding (taping over the ground connection at their plug.) I know it's not safe but it was the only way around this.
Behulpzaam · Niet behulpzaam · Evaluatie melden
Rapporteer een evaluatie… 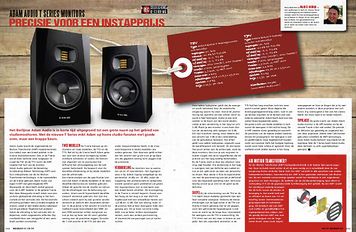 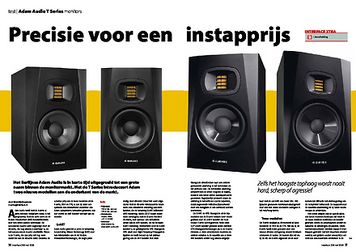 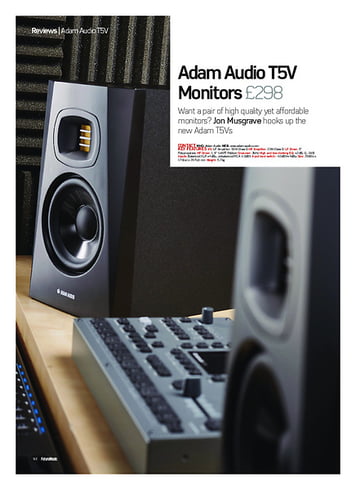 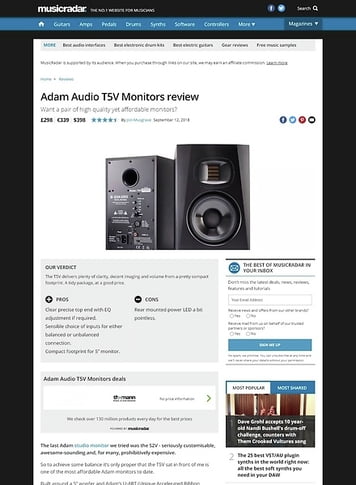 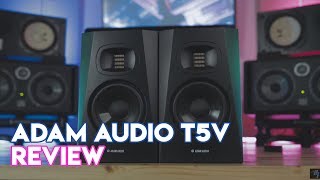 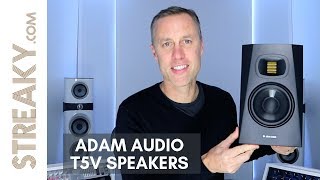