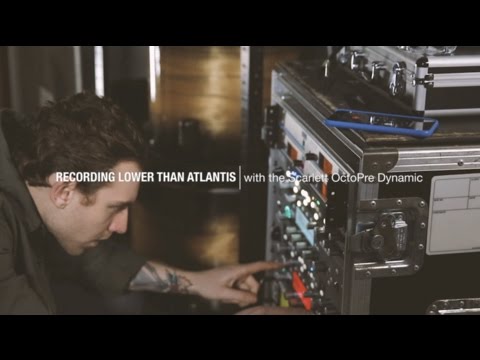 Afficher la traduction
Afficher l'original
Une erreur est malheureusement survenue, veuillez réessayer ultérieurement svp.
TP
Solid, useful I/O expansion for ADAT-equipped units The Professor 12.09.2018
I bought the OctoPre to add further inputs and outputs to my existing Focusrite audio interface (a Saffire 56). In fact, I bought it twice, because to start with I bought the basic OctoPre, not realising that it included inputs but no outputs (I wanted both in order to run signals out of my DAW and through a hardware mixer). So that went back ? Thomann swapping it very easily, which was great ? and this arrived instead.
The OctoPre Dynamic unit has both inputs and outputs and links to your existing soundcard or audio interface via ADAT lightpipe. Also onboard are a set of hardware compressors on each input channel (hence "dynamic"), which could be handy if you're recording a live band and don't want your signals to creep too hot.
The build quality is very solid and reassuring, and hooking it up to the Saffire was simplicity itself: the OctoPre has front-panel buttons to set all the relevant communications protocols, sample rates, etc. The sound is transparent and there's tons of headroom. I'm not using the compressors at all, but if you're keen on them, they're supposed to add a little warmth and colour at the push of an additional button; YMMV but I'd rather have the transparency.
All in all, a very solid and efficient expansion if you're looking for more I/O, and while it's pricier than (say) a Behringer box, I suspect you get what you pay for.
Utilisation
Caractéristiques
Son
Qualité de fabrication
3
0
Signaler l'évaluation