uso Caratteristiche Qualità
Using Multiple Sennheiser XSW-D's in a PA system.
Nick.S, 23.05.2020
I use a pair of Lucas Nano 608i's to provide PA for a church worship team. The system works great and I wanted to make it super quick to set by replacing the cabling with wireless units.

When choosing the wireless components, the BIG question I had was: "Will these 2.4Ghz wireless units operate correctly when the receivers are plugged into the mixer in very close proximity to each other"?

I read many reviews, watched loads of YouTube reviews, spoke to techy people, and yet I could not find an answer which would give me confidence that it would work. So I bought five Sennheiser XSW-D Base Sets to try it out for myself.

After charging all the XSW-D units and learning about the function of the single button and LED on each unit, I plugged the receivers into the mixer XLR sockets, plugged the transmitters onto SM58 microphones, and it all works great. It could not be simpler.

I personally cannot tell the difference between the wireless versus cable performance. I’m really impressed with both the simplicity and performance of the XSW-D units, and excited to use them for real with the worship group. I can now set up the two portable Lucas Nano 608i's, with singers and instruments and be ready to go in minutes.

I also feed a separate guitar signal into the mixer using a 2.4Ghz Line6 G50, and everything works without any issue.

Each unit can operate for up to five hours on a charge, which is plenty for our worship group. However, to provide 100% confidence on it's first live outing, I will provide each singer with a K&M Smartphone holder mounted to their mic stand, to hold a VARTA Powerbank, with a short USBA-C lead to connect the VARTA to the Sennheiser XSW-D Transmitter. And similarly, I'll use a powered USB hub at the receiver side.

(I’ve since learned that a maximum of five XSW-D transmitter / receiver pairs can be used at the same time. I have asked Sennheiser if this is literally a system limit, or if it is the number that would guarantee a good performance. I’ll update when I get a response.)
Utile · Non utile · Segnala un abuso
Invia recensione...

uso Caratteristiche Qualità
Fantastic product
Razem, 09.12.2019
I've used this with my Sennheiser E945 and it's just fantastic. I've tested it first during a rehearsal and then on the stage. In both cases it performed really well and I haven't noticed any dropouts even when it was in a really noisy environment (lots of Wi-Fi routers). The sound is clear and without any interference.

It's really easy to use, you just click a button on both devices and they pair. Altough it's mainly made of plastic it feels pretty sturdy.

I can't tell much about the battery life as our gigs are usually about 1 hour long and I haven't tested it all the way down to 0 %. A better battery indication would be good though.
Utile · Non utile · Segnala un abuso
Invia recensione...

uso Caratteristiche Qualità
Great quality for the price
timoilves, 23.08.2019
These are super easy to use and sound very good also.

When no direct sight between RX and TX, the range was around 30 metres before cutting out.

I wish the battery indication was bit more advanced. It has indication for full until 15% and then 15% to 5%. In my opinion there should be something in between also.

It can be bit tricky to get the mic out of the clamp with this. Used it with Beta 58a and those clamps are very firm and strong. So you have to kind of press the mic into the clamp, because the antenna will be on its way when trying to pull the mic out from the clip.

In the end its super versatile device. Could also use these for external linked speakers in locations where you cannot run XLR signal.
Utile · Non utile · Segnala un abuso
Invia recensione... 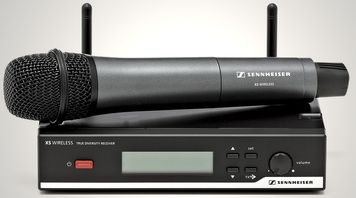 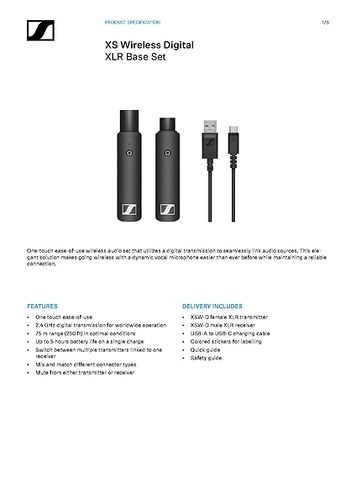 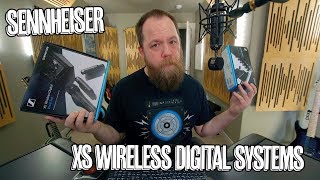 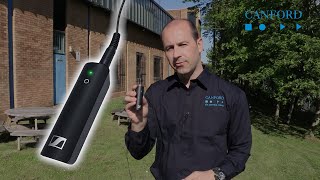