Cymbals are an important part of any drum kit, whether you play Jazz, Reggae or Rock ‘n’ Roll. However, before we delve into their uses in popular music, we’d like to briefly mention their uses in concert and marching bands. Most cymbal companies offer cymbals specifically designed for orchestral and marching use. These cymbals are divided into two main groups.

Although cymbals are not frequently used, they are an important part of every orchestra. Their main role is to emphasize the rhythm as well as to produce other unusual and dramatic effects. Cymbals can also be used to add a military flavour to music and are commonly used in marches whether played in an orchestral setting or by a marching band. In film music, cymbals are often used to express feelings of tension, rage or at climactic moments to express release and rejoicing. 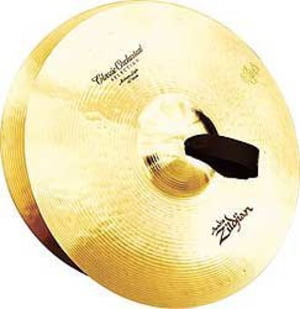 Concert crash cymbals are used in pairs and are held by straps that pass through the hole in the centre of the cymbal; the cymbals are held, played and controlled with the strap. Crash cymbals can be struck together strongly for a dramatic explosion of sound, or lightly rubbed together for softer and subtler effects. They are usually struck together at a slight angle to avoid creating a brief vacuum or airlock between the cymbals that can rob them of their volume. Players use their torso to dampen the sound and control the cymbal decay, allowing for loud but short, staccato crashes. In marching bands, the straps are often used to spin and rotate the cymbals for exciting visual effects and sometimes they are held horizontally so snare drummers can play them with their sticks. Cymbal crashes are usually accompanied by a bass drum note in unison to increase their impact. Kit, drummers also usually double their cymbal crashes on the bass drum. In written music, cymbal notes are usually notated with an x-shaped note head. 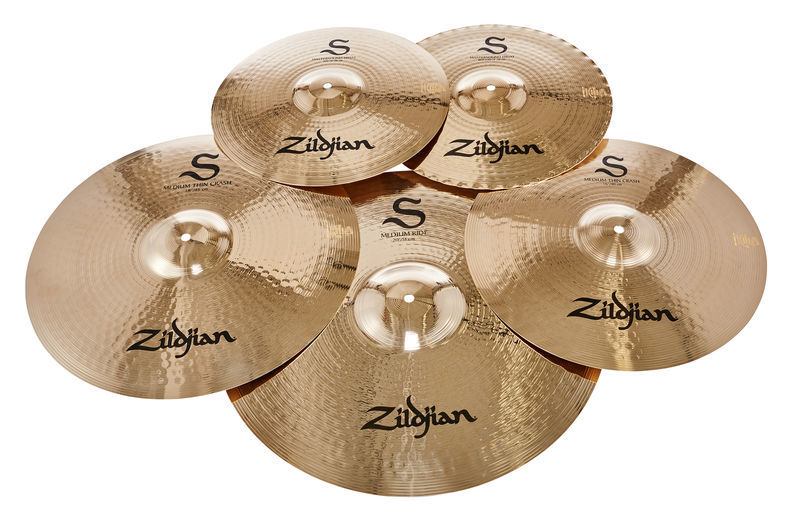