uso Caratteristiche Suono Qualità
A beautiful exercise in design with factored-in limitations
&#321;ukasz, 13.12.2020
The Subharmonicon is a great example of a device that factors in conscious limitations which can be used creatively. It can play six separate notes at the same time, with a twist. It only has one VCA EG for all six oscillators. Since there is no way to decouple sub-oscillators entirely from the main oscillator and there's only two sequencers, it makes sense to think of the Subharmonicon as two voiced.

What makes things interesting is how you animate those available oscillators and their subs. Each main oscillator has access to a simple 4-step sequencer which you can dial in to different frequencies. A separate part of the device is the polyrhytmic generator, which is essentially four regular clocks that are later summed and just "press the NEXT button" on the assigned sequencer whenever any of those clocks trigger.

Since SEQUENCER 1 can only ever animate VCO1 and SEQUENCER 2 can only ever animate VCO2, we can mentally split the Subharmonicon into two separate voices. Each voice is VCO + SUB1 + SUB2 with a super basic 4-step sequencer. The interesting thing about the sequencer is that it has 16 values per step but what those values correspond to is controlled by the range selector (10 octaves, 4 octaves, 2 octaves) and the quantizer (12 or 7 equal-temperament or just-intonation).

If you pair Subharmonicon with, say, Mutable Instrument Streams, you can patch VCO1 (and its subs) to the left input, SEQ1 to the left excite, and VCO 2 (and its subs) to the right input, SEQ2 to the right excite. The two channels of Streams are analog VCFAs (similar to LPGs) so losing the Subharmonicon VCF is not a big deal then. The nice thing about this is that the duophonic Subharmonicon can then be very interestingly stereophonically. You can pan the two channels and make this into a truly binaural experience.
Utile · Non utile · Segnala un abuso
Invia recensione...

uso Caratteristiche Suono Qualità
Advanced synth
Kendi, 15.10.2020
So the cons:
1. clock sync with DAW over MIDI has problems
2. one vca and no sustain
3. can be hard to tune
4. filter resonance will cut all the low end
5. can be played only through CV and internal sequencer (MIDI has problems)
6. can be hard to hit the sweetspots of the sequencer

I would recomend this synth to people with expirience in sound design and to those who already own alot of modular gear, as almost all the limitations of the synth can be solved with external modules.

In the electronic music spectre i would say this synth is made for house music or really melodic techno.
Utile · Non utile · Segnala un abuso
Invia recensione...

uso Caratteristiche Suono Qualità
Unique Semi-Modular Synth
gonzo69, 20.09.2020
Yet another amazing product form Moog here. Truly unique in its capacity to explore random musical ideas. Maybe not one for the pop oriented musician. The true power of this machine is to be able to go in completely unexpected ways, making unique polyrhythmic sounds and melodies you could only dream. 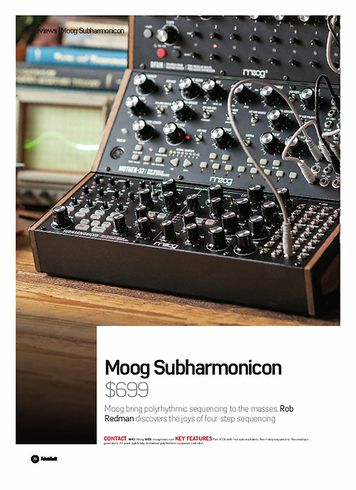 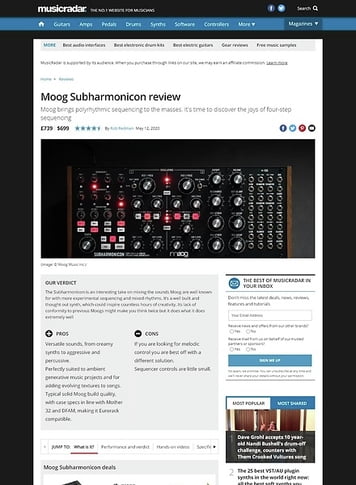 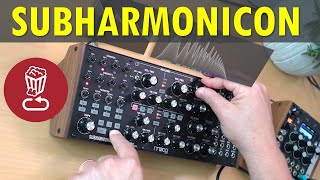 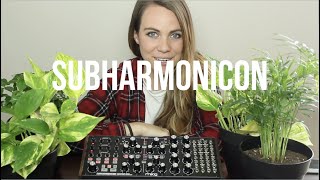 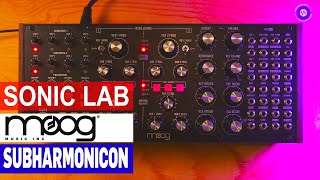 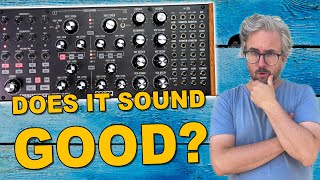 Mostra tutti
Moog Sub­har­mo­nicon: What does it sound like?
BoBeats