Qualità Caratteristiche
Faultless
Ed C, 15.05.2015
If you're familiar with the 9000 single pedal, this won't come as too much of a surprise! This and the single are about the smoothest pedals I've ever played over the years, and they're tough as old boots too. In fact, I used to find 9000s too smooth and didn't like them until I played one for a week and then had to buy my own - a 9000 and a 9002.

There isn't much to say about them, other than they're super adjustable, super smooth and super hard wearing! I've seen some which are many years old and look like they should be on deaths door, yet they still feel amazing to play.

This new 9002 comes with a very nice soft exterior but solid case, as oppose to the old plastic hard case they used to come with. Also, there are a couple of nice updates from the previous model: no more annoying Velcro on the bottom, but rubber (which still never slips, but can be lifted from a drum mat without an award winning tug of war team at hand) and the new hoop clamp is really solid and does a great job of fitting the curve of a bass drum hoop. There are also a couple of other differences in the design.

Anyway, awesome pedal! If you need a single or double, the 9000 has my full backing. It may be pricey, but you get what you pay for!
Utile · Non utile · Segnala un abuso
Invia recensione...

Qualità Caratteristiche
Well worth the buck!
Jeancam895, 09.10.2017
This pedal is a tank. Built from very good and reliable materials. Designed simple and engineered wisely. Very smooth and can be infinitely adjustable.
- The chain can be adjusted to give different length.
- The beater cam can be adjusted and change the cam design by simply turning a screw to adjust the acceleration and torque of the pedal.
- The cam can be turned on its axis to change the distance between the beater and the drumhead.
- Tension of the spring can be tightened or loosened.
- Toe stops come included with the pedal and can be connected. (Optional)
- The rubber grips ensure that no damage is done to the wooden drum hoop.
- The Cardan shaft (shaft connecting both pedals) is very long and allows a multitude of positions.
- Can be used as a single pedal without any hassle.

Qualità Caratteristiche
DW 9002 DP. HIGH QUALITY
Gubeee, 09.10.2019
The best quality between all the DW pedals I think.
Fast, silent, and easy to play with that.
The materials that build up with are the best choice from DW.
I really like that feel, when I use it.
Utile · Non utile · Segnala un abuso
Invia recensione...

Qualità Caratteristiche
Hospease, 12.04.2019
My drum teacher said that this is the best double pedal and forced me to buy it :)
Well, i think he was right
Utile · Non utile · Segnala un abuso
Invia recensione... 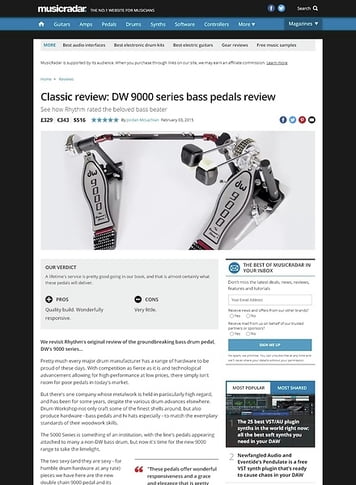 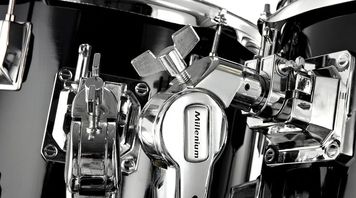