Send report
handling features sound quality
Great amp for a Myriad of uses
Diogo Silva, 13.04.2019
Was looking for my first tube amp when I found this Hughes&Kettner Tubemeister Deluxe 40. I now play only at home but wanted an amp that could adapt to a series of different uses. I first found the tubemeister 36 and fell in love with the amount of features but it didn't captivate me where it matters the most, the sound (mostly the distorted sound, as I am mostly a metal guy). So i then looked at the tubemeister Deluxe 40, which shares almost all the features of the tubemeister 36 (and some more) but has the gain strutucture based on the triamp and having played it now I have to say it sounds GREAT!!!! The amp has 3 channels, clean (with independent eq), crunch and Lead (with shared eq). Cleanwise I like it super clean (jazz like) but it can get a little bit of bite. Crunch is where I keep it most of the time, has plenty of gain and mostly use Lead for (you guessed it) leads! Regarding the other features, the built in attenuator works great (and the amp doesn't get all that hot) the redbox is awesome, allowing for silent recording and has great speaker simulation (which in a live setting you might use to go direct into the PA) and perhaps the most amazing feature of the amp is the MIDI learn fucntion. With a MIDI pedalboard you can control everything in the amp but the EQ values, you can assign to a slot in the pedalboard the chanel, the attenuator level and the fx loop (on/off). This makes the amp super versatile (if you're considering this amps, BUY A MIDI PEDALBOARD, it takes the amp to another level).
The only reason I gave it 4 stars in handling is the passive eq which takes a little bit to get used to (and still am getting used to)
Helpful · Not helpful · Report
Report rating…

Send report
handling features sound quality
An Amazing Amp
Tsvetan Tsvetkov, 09.10.2019
So I got this today and I'm blown away how loud and perfect it sounds. It has a warm sound and isn't too trebbly (if that's a word). It has plenty of gain for any style and the clean channel is just fantastic. I love the thing!

Pros:
- Very lite weighs only 8kg.
- Comes with a soft bag and you can carry it arround easily
- Sounds amazing
- 3 channels
- Power soak function so you can switch between 40-20-5-1 or 0W
- Red Box for connecting directly to a PA or Computer. It allows the thing to play without a real cab connected to it
- Midi output
- Well built

Overall I really like it! It's a perfect piece of equipment for recording, band practice and live gigs. It's 40W but it's much louder than a Bugera 333 120W I had before.
Helpful · Not helpful · Report
Report rating…

Send report
handling features sound quality
I should have got one of these years ago!!
19.09.2016
I play full time in a wedding/function band, this little beast is an amazing upgrade from my JVM410, amazing tones and the redbox DI sounds far better than micing my cab when playing live. Played a show tonight, used the H&K set to 25W through a 1x12 cab, and redbox out to P.A, I had more than enough volume, and got so many compliments on my tone.
The amp has a really tasty clean sound so it takes to pedals very well. I used to use a 100w and a 4x12.... never again, 40w and a 1x12 FTW!
Helpful · Not helpful · Report
Report rating…

This item will be dispatched immediately on arrival. Unfortunately, we cannot specify a precise dispatch date at this time. 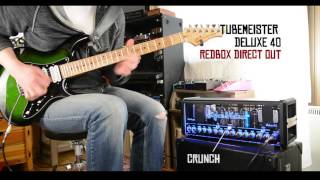 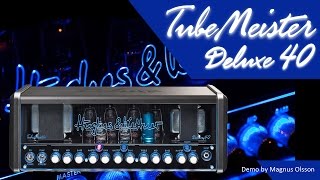 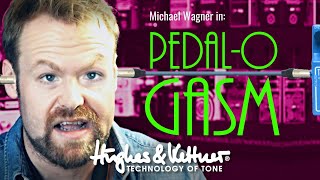