kezelés tulajdonsagok hangzás kivitelezés
Clear as Day
Dan Kehr, 23.04.2021
A few weeks ago I didn't even know what a compressor does nor did I think that I'd even want one. I always thought it would take away from the dynamics of my playing and make the sound frankly a bit dull.

To be honest: I was really blown away testing the TC Forcefield. At first you don't even recognise that there is a change in the colour of your tone. But it's really dramatic when you turn the effect off after a while: You'll miss something that can't even be properly explained.

Kicking in the effect once again it's like a veil being drawn from your speakers, it' like a presence knob being pulled at your amp, it's like you had changed your run of the mill pickups for some boutique hand-wounds. (And that's without even going beyond noon with the attack and sustain).

I would highly recommend for anyone to check out a compressor pedal because if you don't, you might miss out.

Are there any compressors that do it better? Honestly, I don't know. I've only played this one.
Is it "studio-quality"? I guess not, but who cares?
Is it cheaper than any competition on the market? I guess so.
Is it also (extremely good) value for money? Hell yeah!
Should you at least try compression for once? You bet your bellybutton!

I'm really happy with this purchase. It plays well with other pedals too...
Hasznos · Nem hasznos · Jelentem!
Értékelés jelentése...

kezelés tulajdonsagok hangzás kivitelezés
Took me a while, but I like it
Shejv, 20.12.2020
Overall, really good for bringing up the quiet parts while keeping the louder ones under control!

Long review:
One of the pieces of gear I took the longest to get to know and use. Maybe it's just the nature of a compressor, but I could never really get it to do exactly what I expected it to do. This, however, was most likely because of my unreal expectations (I expected something probably more along the lines of 'never ending sustain').

What I found it was great for, however, is more along the lines of what a compressor actually does (DUH), and that is bringing up the quiet stuff while keeping the loud stuff at a similar level.
To me, this is incredibly obvious only when tapping, otherwise I have to really try to emphasize the dynamicness while picking. This is probably just my untrained ears though.

I also found it useful while playing with bandmates as it made sure I was around the same volume all the time.

Another thing you could use this for is to have it set up after your drive so it squashes things down a bit, but not too much, and reduces volume a bit, and use that as a rhythm tone, and then turn it off for the lead tone, which I did for a while as well. Works great if you don't do a lot of legato, in my opinion.

Only thing I wish it had was a blend knob because it would make it much easier to see what it's doing, in my opinion.
Hasznos · Nem hasznos · Jelentem!
Értékelés jelentése...

kezelés tulajdonsagok hangzás kivitelezés
Almost Unbelievable...
Edgar Blackdagger, 13.06.2019
I needed a compressor for 3 uses:
-as a country guitar "spanky" effect
-as an always on bass compressor
-as outboard gear for recording and mixing.

I found it extremely pleasing at everything, I've used it on
active 5-string bass, fretless hollow 4-string bass,
el.guitars tuned from C standard to high A standard,
and recording vocals and drums.

The Attack knob does wonders and along with the sustain knob
you can have from mild, really spanky compression to ironing limiting.

Unfortunately unless you have the sustain knob past 9 o'clock,
the level knob won't actually boost the volume, so you can't
have it set to a very slight compression without volume loss.
Well, it's not a problem for me, a lot of classic and more expensive compressors have the same issue.

Finally, it doesn't color the tone much, I find that it only reduces the really extreme and harsh treble you'd never want, also it does have the feeling of a real, hardware compressor, most of the times in the studio I prefer it to any plugin.

kezelés tulajdonsagok hangzás kivitelezés
Amazing compression for the money
RaduG, 22.12.2020
This pedal is one of the cheaper compressors out there and I wasn't expecting it to amaze me, but it did.
Sustain is pretty much endless, even at low amp volumes.
Compression and attack are crisp but don't make the guitar sound like MIDI.
Plus, the true bypass really helps with noise, or if you need to use the pedal as a bridge between two cables to make one big cable for your guitar.
Overall really pleased, would recoomend.
Hasznos · Nem hasznos · Jelentem!
Értékelés jelentése... 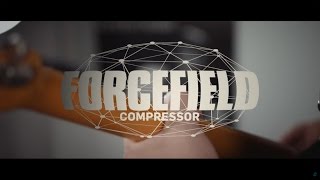 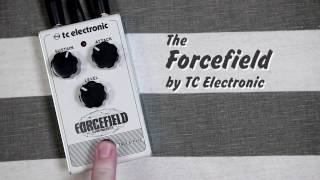 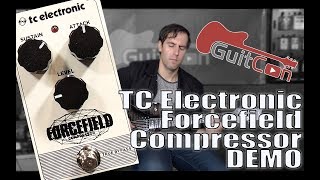