kezelés tulajdonsagok hangzás kivitelezés
One of the best on the market
shail3n, 21.06.2019
ISP decimator and the Boss NS-2 have been dominating the market for years now and then came the Sentry. Have been watching lots of reviews and comparisons between these pedals online and made up my mind to get this pedal. I have absolutely no regrets for doing so. I play mostly metal with lots of gain from my amp and from my pedals which cases a lot of hiss and humms. Once the pedal is switched on, at first I had all the knobs dialed to noon and it was complete silence while retaining the sound quality with absolutely no loss.

I also find the toneprint feature interesting. I tried it and uploaded the Scott Iann ''The wall'' patch into it. I absolutely love this pedal and does what it is supposed to do. It is a must if you play with a lot of gain and metal type of music.

The tone print feature is so interesting and fun that it has also made up my mind in getting the other TC electronic pedals that has this (Flashback and Corona pedals).

The Sentry pedal itself is easy to use. You just have to set the knobs, especially the threshold knob to noon and dial it from there until all unwanted noise is removed. You then dial the Threshold and the decay knobs accordingly to get your sweet spot while making sure that there is no sound loss.
Hasznos · Nem hasznos · Jelentem!
Értékelés jelentése...

kezelés tulajdonsagok hangzás kivitelezés
Blown away...
Radomir Sanovski, 03.05.2020
I am a bassist, who loves his overdrives, but I must admit that besides getting awesome tones from "cascading" them into each other, on the downside I had some nasty hiss. So much so that with one of my basses, I could not play for more than 30 minutes on headphones, as I was receiving a headache from all the noise.

So far, I restrained myself from purchasing a noisegate pedal, as I read a ton of reviews where people complain about the gate "stealing" their tone and sustain. (including reviews here) However, I decided to experiment with the relatively inexpensive Sentry and what I can say... I am completely blown away!

I was imagining how I'm about to spend hours tinkering with settings until I find the optimal compromise between tone, sustain and noise. No such thing happened! This is the first time I get something, which I pull out of the box and it functions exactly as I want it, without touching anything.

I connected all my overdrives in the Sentry's FX loop, switched it to "hiss" mode, left all knobs at 12 o'clock and voila! No noise, no tone loss, zero sustain reduction, zero compromise!

I have tried the Sentry with all 4 basses of mine, in whatever settings on the overdives and the result is always a stellar job done by the Sentry. This noisegate even goes as far as almost muting the screeching noise that I sometimes get from my bad technique, when my palm slides on the G string!

I have the pedal for a few days now, but so far, I am amazed and cannot recommend it enough, especially for the price! I only hope it's durable in time. We'll see...
Hasznos · Nem hasznos · Jelentem!
Értékelés jelentése...

kezelés tulajdonsagok hangzás kivitelezés
Absolutely amazing
Fanis K., 22.06.2021
I have a pedalboard w 10-12 effects and an isolated ps, so i was ok w that.
I decided to look for a noise gate when i was having hiss and noise issues between songs in my bands practice.
The internal loop of the sentry made me buy it, and for sure i can say its what i was looking for.
I have in its loop a compressor, a ts, a drive and a distortion.
With the sentry i don't have to worry anymore between songs for noise or hiss as it eliminates both.
Once you set up the threshold to your desired level, you are good to go.
Built quality is typical TC - great !
Sound wise i haven't noticed a tone suck from the sentry.
If you r having issues w noise and hiss, check your power and then go for tc sentry!
Hasznos · Nem hasznos · Jelentem!
Értékelés jelentése...

kezelés tulajdonsagok hangzás kivitelezés
Noise’s dreadnought enemy…
Emile Michel Hobo, 19.08.2020
I’ve had it for a while now, but the results were instantaneous. I had major problems with noise and my fly-rig as soon as I entered an overdrive pedal to the equation. The Sentry perfectly guards my castle, letting no noise through.

The great thing about it is also that for microphones, you can come up with your own tone print that will specifically eliminate feedback. This means that this noise gate isn’t just good for the usual noise-elimination with your guitar or bass, but it’s also your goto-choice for the mouth harp.

When it comes to feedback, noise doesn’t have to be heard to get to be noise. This is probably the best a noise gate can ever be.
Hasznos · Nem hasznos · Jelentem!
Értékelés jelentése... 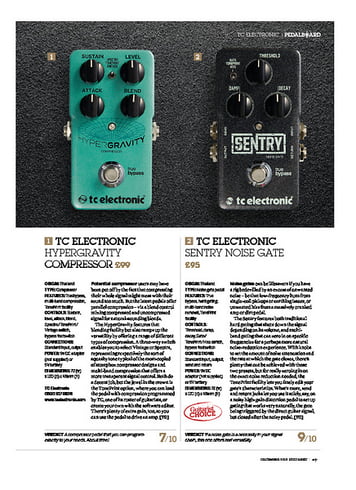 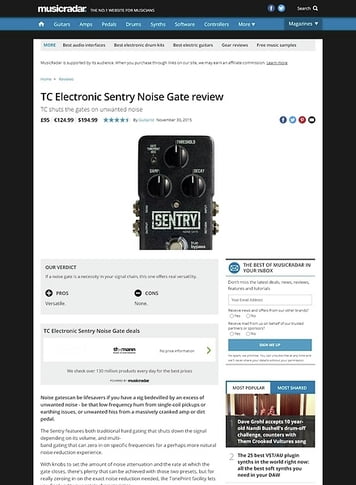 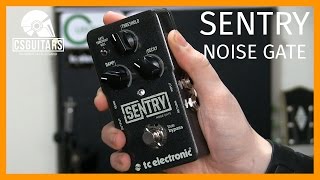 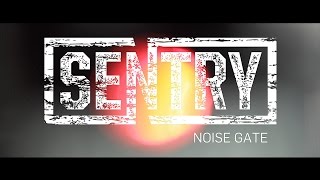 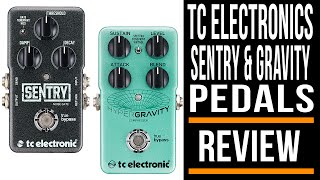