kivitelezés tulajdonsagok kezelés hangzás
Decent product
rearear, 15.06.2021
I'm using Fireface UC both with a Macbook pro and a PC with Windows 10. It works very well with both systems. Unlike my previous audio interfaces, RME gives confidence while using it. It just works. Only thing with Windows 10 is that, when I return to regular use after working in Ableton with the ASIO driver, it randomly makes a bit crusher like effect. When I re-apply some settings in Fireface USB settings it gets normal again. This hadn't been a big issue for me until today.

Overall, I am really happy that I purchased RME Fireface UC. It has a very good sound and features which took my working practice to another level.
Hasznos · Nem hasznos · Jelentem!
Értékelés jelentése...

All in all, it's a great product and I'm very satisfied.
Also, I would like to express my gratitude to Thomann for their great job on packaging, it came in a huge box filled with bubble packets.
Hasznos · Nem hasznos · Jelentem!
Értékelés jelentése...

kivitelezés tulajdonsagok kezelés hangzás
The most reliable interface out there.
PMSFX, 11.03.2021
I was looking for something reliable, with a fair amount or inputs and outputs. I work a lot with LCR and 5.1 and I need minimum of 4 (ideally 6) outputs. I also wanted a fair mot of inputs including instruments one and this one has it all.
At first, I thought USB2 might not be enough of speed, but RME drivers (macOS) are top notch and probably the most stable ones I've used (compared to Apogee and UA). Don't let the USB2 put you off. Market is indeed heading towards thunderbolt 3 audio interfaces, but this one is a solid. It has never crashed nor fail me in any other way.
Totalmix software might be a tad intimidating at first but once you get a hang of it you gonna love. Fader grouping, preset recalls/templates are perfect for what I am working with on a daily basis. You can group them in 5.1, LCR, Stereo or whatever you heart desires really.
Preamps sound nice and clean and I occasionally record some foley with it. It's not sound devices sound, but it really good.
Headphone output provides enough juice to power my 660s. DAC sounds great, on pair with Apogee and UA ones.
This thing is built like a tank. It once slipped of my hands and there's no scratches on it whatsoever.
Don't hesitate - get one for yourself!
Hasznos · Nem hasznos · Jelentem!
Értékelés jelentése... 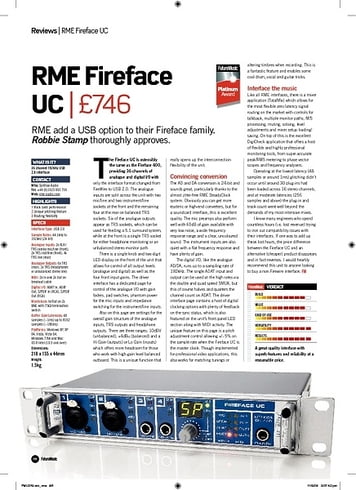 Recording E-Guitars
Our aim is to explain the basic process of recording the electric guitar!
Ingyenesen hozzáférhető 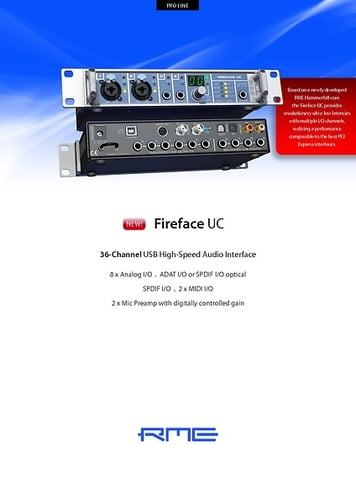 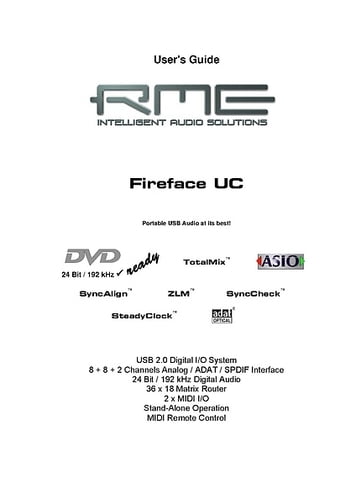