There are many different types of audio signal. In the analogue domain, signals are distinguished mainly in terms of their level, which in simple terms usually means electrical voltage. A microphone produces a comparatively weak signal which must be amplified before anything useful can be done with it. Speaking into a microphone typically generates a signal of around 1 to 2mV (thousandths of a Volt), whereas a signal of several Volts must be applied to a loudspeaker to produce a similar volume of sound.

The simple reason for this is that all analogue signals are susceptible to electromagnetic interference, causing various types of noise. Weak signals are much more prone to this, as any noise will be much louder in relation to the signal. The high-fidelity sound we now take for granted would not be possible if microphone signals were not immediately stepped up to line level before being recorded, mixed or processed in any way. 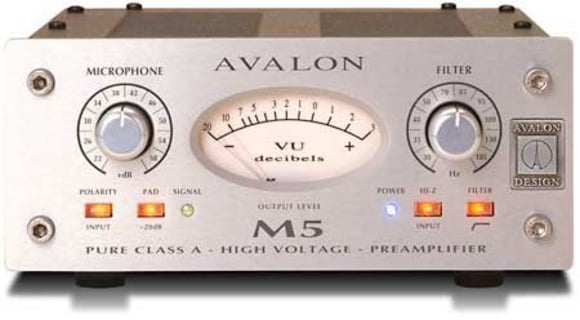 A microphone preamplifier takes care of this task. Any audio device with a microphone input will contain a mic preamp - many mixers contain dozens – one for each channel.

Some mixers are of course prized for the quality of their mic preamps, but these tend to be at the very top end of the market. More affordable desks usually have to compromise somewhere in order to reach a reasonable price point - 24 or 32 high-end mic preamps simply cannot be made for this sort of money.

Placing a mic preamp in the same box as components carrying other electrical signals can also result in interference. This can affect mixers with integrated mic preamps, as well as computer recording devices such as sound cards and external audio interfaces.

Stand-alone mic preamps aim to remedy these problems and more. Many recording projects do not involve recording very many tracks simultaneously, even if a lot of tracks are added eventually. For example, lead vocals are often the most sonically exposed parts in a pop production, yet they are almost always recorded with a single microphone. External mic preamps help bring audiophile quality recording to those of us who can’t afford to pay big money for a desk, or don’t need to because we only record one channel at a time.

External mic pre-amps also offer far greater sonic potential. Many professional studios have racks of different preamps, and an experienced engineer will make choices based on the instruments or singers being recorded and the desired end result. For sonically creative work, many would consider the choice of preamp secondary in importance only to the choice of microphone, each having their own unique character.