Most contemporary jazz players cross over into areas of jazz-rock or jazz-funk fusion, as well as requiring the basic jazz sound – we’ll look at covering all these areas:

Almost all mainstream jazz players favour large-bodied semi-acoustic guitars equipped with a humbucker at the neck (many of these are actually two-pickup guitars, but the bridge pickup is rarely used). The Gibson ES-175, played by everyone from Wes Montgomery to Pat Metheny is considered by most to be the industry standard for warm, full tone. A slightly different, but very responsive sound can be obtained from a semi-acoustic equipped with a ‘floating pickup’ mounted on the end of the fretboard, which is great for combining accuracy and speed with dynamics, in the manner of George Benson.

Jazz players have always gone somewhat against the grain by embracing transistor amps for their clean tone. A warm sound with plenty of low-mid and not too much treble is sought by most jazzers, and one company, Polytone, has dominated this field for years, producing compact and portable amps which offer plenty of power for most jazz situations.

Less is definitely more here – many players just plug in and go. The ‘straight’ jazz sound is really just the sound of a guitar and an amp, but some slightly embellished versions are popular, notably Pat Metheny’s trick of using two amps with slight delay for a stereo chorus effect. To the extent that jazz players cross over into other styles, the appropriate effects will be borrowed from those styles, though in general, jazz-rock players favour warm ‘crunch’ distortion rather than ‘screaming’ lead sounds, preserving the guitar’s tone and retaining scope for dynamics. 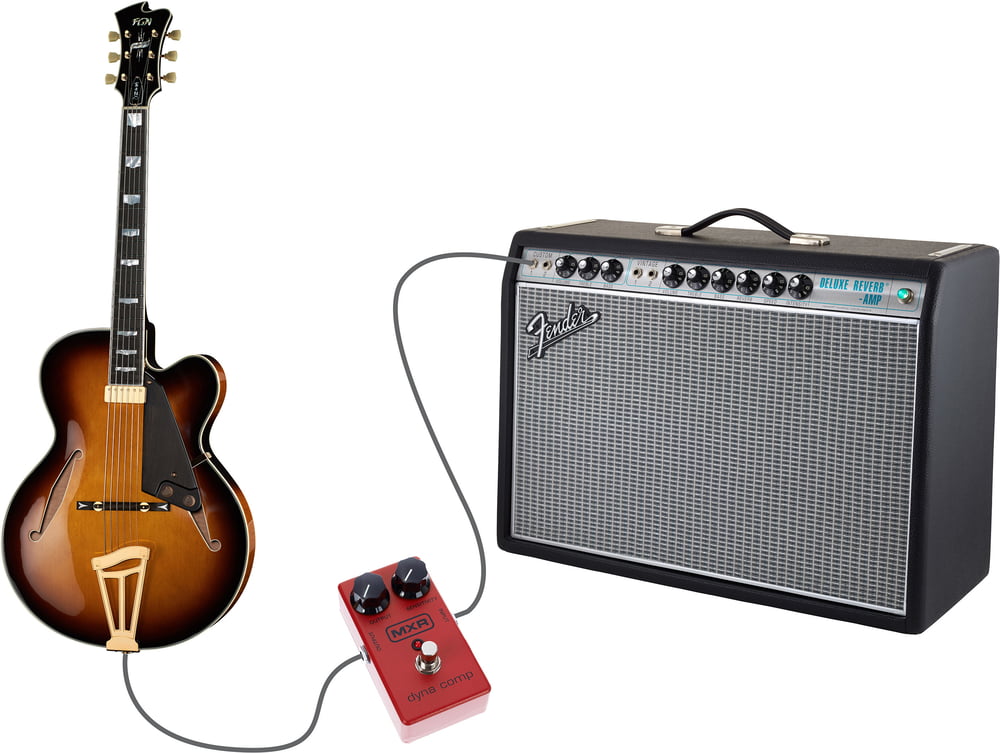