kezelés tulajdonsagok hangzás kivitelezés
Small but significant step up from interface pre-amps
WillO, 23.11.2016
This has made my job a little easier when mixing tracks, It's also improved the quality of my recordings, particularly vocals and DIed bass. It's flattered every vocal I've put through it. My clients are happy, and so am I.

I run a small but increasingly busy home studio. I've been using the stock preamps in my Focusrite 18i6, Octopre LE and Presonus Digimax D8 for the last 5 years or so, and I've gotten to know them very well.

I bought my Pre 73 five months ago and have since used it on 6 albums, about a dozen EPs and many, many miscellaneous recording jobs. It's my first stand-alone preamp, but it definitely won't be my last.

When I bought it, I was in the middle of tracking the vocals for two client's albums, so some of the final vocals were recorded through 18i6 pres, some through the Pre 73. Same mics, same room, same everything else. In isolation, the vocals don't sound much different. However, in a mix, the Pre 73 vocals sit better (perfectly, in fact), have more clarity, detail, depth/space and in general sound more rounded and natural. Classy, even. They never seem to be fighting with the rest of the mix, which is something I'd always struggled with a bit. I rarely have to apply any EQ or compression to them, even on hard rock songs, or breathy folk songs. By contrast, the vocals through the 18i6 generally needed EQ and often quite a bit of compression to cut through a mix while sitting back in it. I have no idea how this happens, but it's immediately apparent when you listen back, even my wife picks the Pre 73 every time when I do blind tests on her. It kind of adds that sheen you've heard on your favourite records.

I have a couple of brighter mics, I've found this pre seems to tame the top end I sometimes found a bit much, so it's brought mics I wouldn't normally reach for back into the rotation (particularly M-Audio Sputnik tube mic, SE z3300a LDC). At the same time, it sounds great with less-bright dynamics like the SM7b (depending on the singer, of course). The 'air' switch can add a lot of life, as can the 'low-z' and phase buttons.

For vocals, this pre gets an unqualified thumbs up from me, it's saved me many hours of work on mixing vocals, and thus has saved my clients money. Again, I don't know how it's making things easier, it just is.

DIed bass usually sounds great through it, to the point that I often don't need to apply an amp sim to the bass track afterwards. Big thumbs up.

DIed electric guitar isn't rocking my world as much. It's better than the 18i6 (which makes for a pretty bad DI), but I rarely DI guitar, usually preferring to mic an amp.

Violin is nice through it, I've noticed it can help tame some of the shrillness with some players that mightn't have the best technique/instrument. The vibe it adds makes placing the violin in the mix a quick and easy job.

For synths and keys, I prefer to go straight in via line input jacks. Just personal preference.

Acoustic guitar is a mixed bag. The pre adds a thickness to the sound that can really, really work for sparse singer-songwriter arrangements (think Johnny Cash's American Recordings series), but can be cloying and smudgy in a denser mix. For rock bands, I stick with the 18i6 pres for acoustic guitar, you get all that zingy top end, but none of the extra mid chunk the Pre 73 seems to add.

I've used it on various drums with various common drum mics, I haven't noticed any massive improvement after the drums have been mixed and compressed. I'd be interested to try a stereo pair on overheads, though. I think cymbals might sound great through it.

The only thing that I find occasionally fiddly is the fact that you have to set both input AND output levels. I'm not a huge fan of driving the preamp too hard, so I find myself constantly taking pictures of the settings so I don't have to find the sweet spot every time I'm recording someone. However, that's a tiny price to pay for the versatility it allows.

Long story short, I'll be buying another one for stereo recordings.

N.B. For all the gushing above, I still think it's much more important to record in a good sounding room than have a fancy preamp. A fancy preamp in a poor room won't help your tracks sound better, but some thick rugs and some well-placed Rockwool panels can turn a bad room into a decent one (for vocals, at least).
People on the internet tend to fetishize gear. My only interest is in tools that make my job easier and allow me to do that job better. For my business, the Pre 73 has been a worthwhile, relatively inexpensive investment.
Hasznos · Nem hasznos · Jelentem!
Értékelés jelentése...

kezelés tulajdonsagok hangzás kivitelezés
Boost your home studio
OuGee, 11.03.2019
At first I felt sceptic about buying a device meant for one channel pre-amplification at a cost almost equal to well-balanced mid range audio interface. I thought it is going to be not so useful since, i.e. Focusrite and Audient build in pre-amps were really versatile (+ showed different spectrum for the same vocal) and gave me good quality for demo vocals and acoustic instrument.

Anyway, I decided that the time to expand has come. By addition of this Golden Age Pre to the recording chain, I understood that vocal can be richer and more naturally driven, vivid and open. My first impression is that this really helps me in mixing and gives me more clarity and understanding of what is being recorded and how the source of sound should eventually sound in the mix.

I'm not the best person to explain techinical details about this device, but I just wanted to share how I feel about it.
I believe this is the best purchase I made for the last.
Hasznos · Nem hasznos · Jelentem!
Értékelés jelentése...

kezelés tulajdonsagok hangzás kivitelezés
Good while it worked.
AlanM, 12.02.2020
This unit is very good but very delicate. I had read other users say the same thing so, upon delivery, i treated mine with kid gloves and looked after it very well but within four months it had started making a background 'hum' which makes it completely useless when recording. It's very noticeable. I have returned it twice to Thomann for it to be repaired. The first time it was returned to me with the problem still in place and now i have to wait another 4 -5 weeks to see if they return it to me fixed. TBH I don't hold out much hope. My advice is - do not buy this product. Get something a bit more robust or save up a bit more money and get something more reliable. It's a real shame because while it worked it was very good but there's no point in exchanging hard-earned cash for something that doesn't last.
Hasznos · Nem hasznos · Jelentem!
Értékelés jelentése...

kezelés tulajdonsagok hangzás kivitelezés
Fantastic.....and VERY quiet
Dan R., 11.05.2020
The reviews of this preamp all mention that it "colors" the signal....that is, it isn't "transparent". That may be, but the thing makes my voice sound good, and that's what I want.
Used with an MXL 990, I can run it with the gain so low that I don't hear ANYTHING in the way of noise. I find the thing amazing.
Hasznos · Nem hasznos · Jelentem!
Értékelés jelentése... 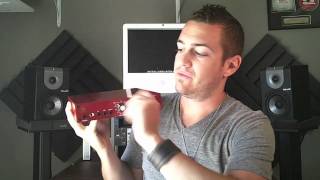 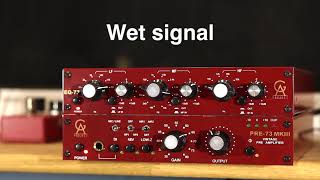 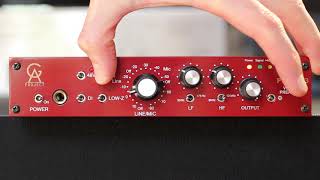 Mutasd meg mindet
Mic Preamps
Microphone preamps, are analogue devices that will remain important even as most other equipment is superseded by digital alternatives.
teszteredmények
Elolvasom a tesztet