kezelés tulajdonsagok hangzás kivitelezés
Warm analogue sounds for digital recording
Nj Bass, 01.06.2017
After using expensive valve preamps when recording in studios, I was after a cheaper version for my home studio; something that would add warmth to a bland digital signal.
At a reasonable price, I find that the ART Tube MP Studio V3 does just that.

The preamp itself comes with presets for certain instruments or vocal types, although after experimenting with these, I don't always go with their suggestions depending on the tone I'm after.

Playing around with input gain also is quite interesting, and with a clear VU meter and LEDs to indicate overloading signal paths, you have a clear insight into what simple adjustments can do.

The phantom power +48v is great for condenser mics too.
Another use for this preamp that I have found useful is using it as a DI for both bass guitar and acoustic guitars.
Obviously the sound quality is subjective from person to person and I have read mixed reviews about this. Ultimately, this is no Neve preamp, so don't be under any illusion that it is; however, great and easy to use for simple home demos.

As I needed this to use in the UK, it came with an EU to UK plug converter, this was it's only downside... being provided with a genuine ART UK adapter would have been much better as now the adapter+EU/UK converter is extremely cumbersome and doesn't stay in the socket happily without a bit of gaffer tape to hold it in place. DO NOT use any third party adapter as an alternative as the mA has to be exactly 1000mA at 9v AC. Most third party adapter tend to be around 300-500mA and can do serious damage to the preamp.

In Thomann's defence, I never raised this as an issue and I'm sure they would have resolved the matter.

So, to summarise: perfect for home demos and use as a DI, just be wary about the power source - check with Thomann if buying in the UK
Hasznos · Nem hasznos · Jelentem!
Értékelés jelentése...

kezelés tulajdonsagok hangzás kivitelezés
Useable tube preamp & DI
Leftygaucher, 04.05.2018
First of all, I have to say I love the looks of this piece of equipment with its old-school VU meter. Aesthetically it looks much nicer and like a more expensive machine compared to the higher grade Art preamps.
There are a number of presets with the main difference in sound between them being different eq profiles, principally more treble or less. The other difference is whether you want the (preset and non-user-adjustable) limiter to work or not. Honestly I couldn't tell the (very subtle?) variations between the "neutral" and "warm" versions of the presets.
It's a good active DI as well.
It does add a subtle pleasant sonic aspect to the sound thanks to the magic of the tubes--this magic mostly consisting of a natural soft compression inherent to the design of the tube itself. I used it for recording and even during practice to alleviate the digital harshness of most of the equipment we get to use these days. Recommended for both its sonic properties and DI usefulness.
However it's not quiet like a thousand-dollar piece of gear and there is a great difference in the input level of the presets with the limiter always on as opposed to the sounds without the limiter. Their outputs are not matched well and the VU meter and the red overload light function at completely different levels. The decay time is quite long on the limiter facility so you want to make sure that the signal never triggers it greatly as the significantly squashed sound will result in poor recordings.
Hasznos · Nem hasznos · Jelentem!
Értékelés jelentése...

kezelés tulajdonsagok hangzás kivitelezés
In terms of home studio value, a perfect adquisition
Jesus972, 03.04.2014
You'll definitely don't find this preamplifier in a professional studio sound chain. This having been said, let me recognize that you'll find it every time in the pole position of my home studio record line. This will be true for voices, acoustic guitar and electric guitar... Some may say that they don't hear any difference in the sound when using this tube preamplifier. That you need a real big sized valve to get this precious old times vibe. Well, let me be subjective and tell that the Art Tube makes me happy. Of course not in the amount as a sixties Marshall combo would make me, but anyway. Specially when acoustic guitar is involved, it nicely warms up the sound. With the voice it does it in a more subtle way. With the electric guitar, turning the input knob clockwise you get a beautifull overdrive. Do the opposite and you get clean levels... Then, some may not care about the old fashioned needle pointer. Then again, I love it. When adjusting recording volumes it's a lot easier to notice the clips with this than with leds... The preadjusted control for different inputs helps quickly to get the desired result. That's all.
Hasznos · Nem hasznos · Jelentem!
Értékelés jelentése...

kezelés tulajdonsagok hangzás kivitelezés
totally cool tool for the price
markwhite, 24.08.2018
at this price the art tube mp studio v3 is great. I looked for some analogue sound to source into my sampling chain. I got some self construction if you wanna say so. my sampling chain aint just for sampling realtime audio I also have my analog hardware effects in this chain. so anyways I switched the art tube into the sampling path as a general signal booster. so the tube output goes to all my sources, sampler, effects and also my guitar.

the guitar boosting is a big part of the tasks of this tube cauz my guitar signal was too weak and too digital in sound. this tube does what it does best, making my guitar sound like an accoustic instrument which it actually is.

the line signal also benefits from the art mp studio v3. I got output boosting options by metering the values of IO to find the volume boost effect and I also got those sound modes which can be selected by a good quality poti.

at my finishing point I really have to mention the tubes design. the deep blue colour of the housing and the oldskool vu output meter really make this device nice to look at, especially in the evenings when I got some studio led lighting shining on it.
Hasznos · Nem hasznos · Jelentem!
Értékelés jelentése...

Mic Preamps
Microphone preamps, are analogue devices that will remain important even as most other equipment is superseded by digital alternatives.
Ingyenesen hozzáférhető 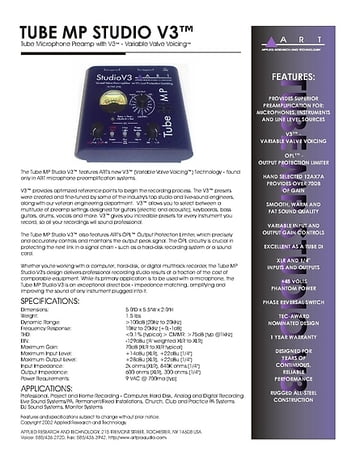 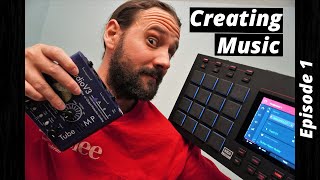 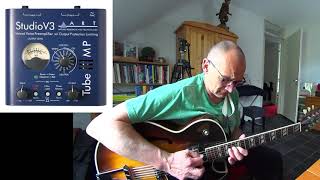 Mutasd meg mindet
Mic Preamps
Microphone preamps, are analogue devices that will remain important even as most other equipment is superseded by digital alternatives.
Mutasd meg mindet
Datasheet
PDF
teszteredmények
Elolvasom a tesztet