Use your favourite pedals and reproduce their interaction with an amplifier and cabinet or connect the speaker output of your amplifier to the Torpedo CAB M input and the speaker output of the CAB M to your cab for a flexible DI out directly in a PA or audio interface consistent with every show, studio session or rehearsal without the hassle of microphones and cables.

I live in London, a rent a room, and I can’t play on my Deluxe Reverb amp.
I need to use the AUX and headphones input.
I was skeptical about amp simulators, but when I tried this, I almost don’t see a benefit to carry my amp around London on public transport anymore. It’s not possible to carry an amp all the time and everywhere.
If you know that the location will provide a PA, you can take this one, and you can have a sound of any amp you want.
I play in a duo. I have an acoustic guitar and an acoustic Marshall AS100D amp, I play R’n’B, Motown, and Soul stuff, so I need to carry my Marshall because a singer can plug a mic in. But to play my repertoire on acoustic guitar, after a gig I feel that my fingers will fall off, I would like to play my Gibson ES-335, but it’s not a good idea to plug it into my acoustic Marshall. So now I can take my C.A.B. M+, plug into my acoustic amp, and have a sound of any other amp. I would like to carry my Deluxe Reverb but then a singer doesn’t have where to plug a mic. So this gadget solves this problem.
It’s like a D.I. box, so I can use it when recording. I can send my sound to the FOH. Or easily connect my electric guitar in any radio/broadcast situation.
The choice of amps is fabulous, you can try them for free and purchase only the ones you love. No need to have a huge collection of amps in your room.
There are an EQ and reverb control, it’s more than enough.

The app is amazing. Controls are simple.

Cons
I would love this to have a MIDI control.
There is no ON/OFF switch.

I don’t look at this as extra stuff, it’s a must-have for me. I cannot imagine my playing an electric guitar without it.
Helpful · Not helpful · Report
Report rating…

Send report
handling features sound quality
A “leave your amp at home” pedal!
Jack85, 31.08.2019
Let’s get one thing straight: I love tube amps. I have owned almost a dozen in the past years and currently own three of them. For what it’s worth, I even built two of them myself. Nothing really compares to this truly integral experience of playing straight into a cranked tube amp. Once you try that, everything else sounds and feels like a toy.

There are however, a few drawbacks to this experience. Even with a 15W 1x12 amp, you will be asked by the sound engineer to turn your amp down well before it hits “that” spot and you will have a hard time carrying it around because it weighs a ton.

Now, I have been flirting with digital for a while, but every blind date turned out to be a big fat flop. If it was not because of the crappy sound, it was because of the million buttons and a million ways to tweak your sound. And coming from a tube amp where you get a perfect sound just by twisting a few knobs, you can understand how annoying it is to spend hours of tweaking without hitting “that” sound. After seeing the Torpedo CAB M reviews on YT, I was intrigued because it sounded convincingly, could fit on a small pedalboard and was priced reasonably. I read a bit about it and decided to try an “ampless” solution with just a preamp for which I decided for Tech 21 Hot Rod Plexi due to convincing palette of sounds and the fact that the battery lasts forever.

In a classic Thomann fashion, package arrived within a few days and I must admit that I have not been so excited for a piece of gear for a while now. After putting everything together and trying it out with headphones, the sounds I was getting were convincing but I felt there was more to the gear and that I could get even better sounds out of it. After spending some time with tweaking the poweramp parameters, signal levels and microphone positions, I was already miles ahead of where I was the first day. If you consider buying this, take into account that there is a learning curve (though not a crazy one) and you will need to spend some time tweaking the CAB.

After setting everything up, it was time for a first real life trial run - the rehearsal. This was the first rehearsal where my sound was as good as when playing with a tube amp (I would dare to say, even better!), where the guitar was sitting in the mix exactly where it should, and all that without excessive volume and noise.

One of the best features of CAB M is the fact that I can tweak my sound at home (and practice through headphones) and then just take that exact sound to a gig and plug straight in. If your rockstar ego will allow you to play without a half stack, of course ;)

Still have not tried it as a cabinet simulator between an amp and a cab, so I cannot comment on that...

Could be better:
No separate headphone volume control - preset and master volume can control it but can lead to clipping before you get to the volume you want
Headphone jack - would be nicer if they used a big plug
Device knobs can sometimes be imprecise
Helpful · Not helpful · Report
Report rating…

Send report
handling features sound quality
Great tone, but everything else... like a cheap toy yet
Sergei V., 23.05.2021
Sounds great! E.g. here I play with Torpedo only:
>
And now BUTs!
- Onboard pre-/power amps produce white noise. Not related to guitar (you can unplug everything, but noise remains) nor to ground lift, because it is internal noise of the software like some free plugins have. You can play with it, but if you want to record - you will have it audible on the record. If I connect any of my tube amps instead of onboard pre and power amps, there is no noise, everything is quite. So, real amps with all transformers and tubes are much more quite than digital modeller in CAB M+ :) Friend has CAB M - exactly the same noise. Google it - others have it too.
- Constantly disconnects from phone. On the second day app on the phone does not see my Torpedo at all. So, can not use phone to tweak anymore. But tweaking with knobs is a headache...
- Did the last update and it ruined the noise gate. Now at any settings if you don't play for a several seconds, it goes into some hibernate state and then first note will come always witha long fade in!
Helpful · Not helpful · Report
Report rating… 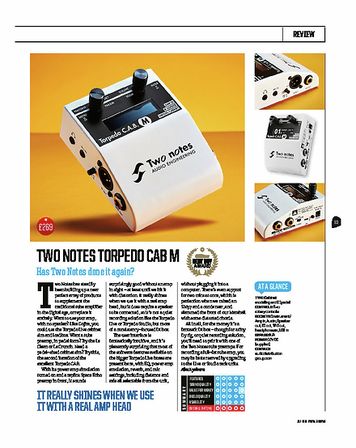 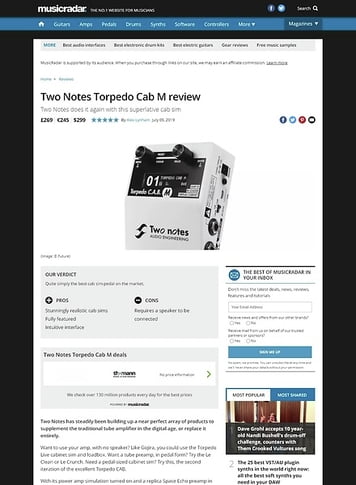 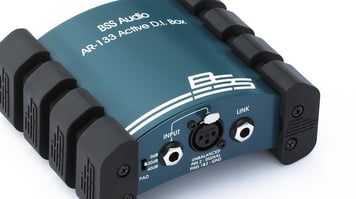 Recording E-Guitars
Our aim is to explain the basic process of recording the electric guitar!
Interesting Accessories 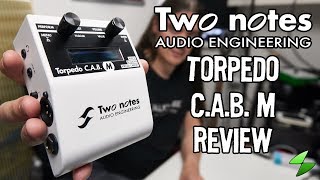 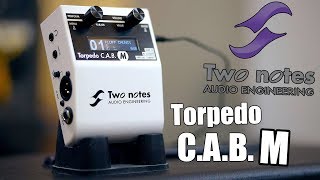 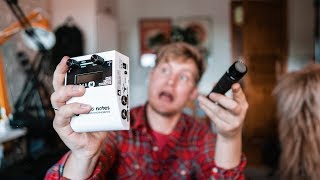 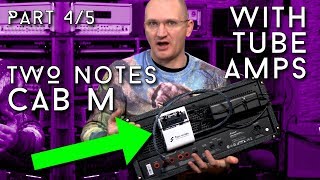 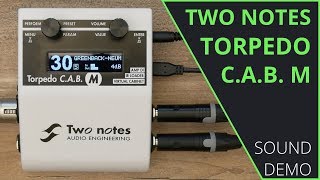