Note: The calibration profile for each microphone can be downloaded from the manufacturer's website using its serial number.


The build quality is decent, but this is what I have experienced:
The 1st XREF20 which have been sent to me had black marks (as from a mic clip) and few scratches.
Thomann's team was very helpful and, as I currently live in Germany, they sent me a replacement very fast.

Unfortunately, the 2nd XREF20 was just the same... it had scratches, plus a dent on the tip.

Again, Thomann moved really fast and they sent me a 3rd replacement. They were even nice enough to open the package and inspect the mic and make sure it looks like a new, unused product, before sending it.
They marked the microphone as verified to be in good condition and then they sent it over.

To my surprise, this 3rd XREF20 (replacement) was also scratched, looking like a B-stock product, which was very unsatisfactory... that's why I could only rate 3/5 stars.

I had to waste quite a lot of time with sending photos/videos, emails, phone calls, asking for replacements.
The Thomann team was always nice and helpful, but I ended up with a 3rd XREF20 that doesn't look better than the first 2 ones.

Even if it doesn't look like a new product, which is very important for me as I take good care of all my studio gear, I have decided to keep the 3rd replacement because it worked better than the first 2 ones and I could not afford wasting more time with this issue.

As a conclusion:
Thanks to the Thomann team for sending me the replacements fast, even before I sent the first XREF20s back.
This was very helpful as I was able to run a few measurements and calibrate my speakers meanwhile, even if it was only possible in sub-optimal conditions.
However, as my initial issue with the first 2 microphones was that they were looking like used products, I was expecting that the 3rd one, which was opened, inspected and resealed by their "expert department", will look like a new product... which was not the case.

For buyers...
What made me think that all 3 XREF20 mics that were sent to me were previously used, even if all of them came in sealed boxes:
1. The scratches and mic clip black marks (Sonarworks told me that super small scratches can be acceptable, but no clip marks should be on a new mic).
2. The thin part of the mic is slightly bent on all of them (Sonarworks told me that this slight bending is acceptable, due to the fact that it is a cheap measurement microphone, but that should not have a negative effect on the measurements as the mics are individually calibrated by them).
3. There are scribbles on the white instructions sheet from inside the package. These scribbles look like someone would have made them with one of the edges of the microphone or with a piece of aluminum, to mark these packages. They are present in the same places on 3 different instruction sheets, from 3 different sealed XREF20 boxes: front side - bottom and middle.
4. The mic holder inside of the box, which is made out of a blue paper, was ripped on the right/tip side, inside all of these packages (Sonarworks told me that as long as the mic was still in place, this shouldn't be an issue and that this thing can sometimes happen during transport, due to a small design flaw of the packaging)

I still recommend this measurement microphone to anyone who uses the Sonarworks Reference software for speakers calibration, as a less expensive alternative for a measurement mic, as it comes with a calibration file (for 0°) and the 30° calibration is already included in their software.
Helpful · Not helpful · Report
Report rating…

Send report
features quality
Sonarworks room correction very impressive
BenjaminJS, 15.02.2021
Bought new studio monitors as my last developed a electrical fault so i invested in better ones but i was worried that the new investment in better monitors might be lost to the colour of the room which is ok but not ideal. Decided to try this sonarworks product to see if it would make any difference.
The measurement mic was higher quality than i expected. I thought it would be flimsy but its solid and sturdy and feels great quality to me. I have been mixing for approx 7 years now and after setting up a profile for my room, the difference to my ears is genuinely night and day. The only thing i wish was different is that i had bought this product years ago. I can now hear why my mixes were hard to translate to others systems. With flat compensated frequency curve that sonarworks now gives me i no longer have the same boost in low to low mids and have gained clarity across the whole spectrum including stereo image. I can at last fully trust that what i hear through my monitors is "correct" and accurate. This is probably worth it for everyone really.
Helpful · Not helpful · Report
Report rating…

Send report
features quality
A cheap alternative to the "big names" with a twist
BoVe, 05.10.2017
This microphone is almost indistinguishable from Behringer ECM8000 (at least by the look of it) if it was not for the branded logo on its body and I have my suspicions that those models are coming from the same factory. What sets this one apart from the Behringer's one though, is the provision of individual calibration against very high quality industry standard model, that works natively in Sonarworx's own Reference calibrating software. Using them together gave my home-studio monitoring system real balanced property and I could not be happier with the result. I do not think I would rely on it for recording duties, but for measurement duties it does a commendable job.
Helpful · Not helpful · Report
Report rating…

Send report
features quality
Kreso k, 28.05.2019
I use it with Sonarworks software, and i can see say when you use with calibration file, much better in treble than cheap Chinese clone measurement microphone, difference is in few decibels. You can use it with other software (Room equaliser etc. so is very good for home or hifi use). I like feature that you can use for several siftware not only for Sonarworks. You get also beautiful, professionaly looking package. Thanks Thomann
Helpful · Not helpful · Report
Report rating… 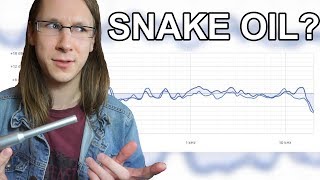 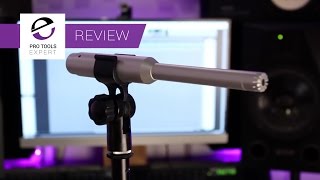 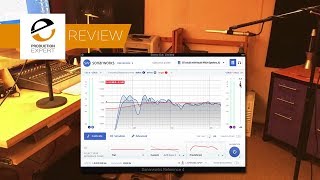