I actually got it a while back but waited to write this till I had used it with a band in rehearsals. At 50% gain and volume, this little thing packs a punch and can be heard over any lineup of musicians. The rehearsal space that I was playing in was large, but this amp has enough power and then some. Suffice to say, there is no shortage of power. It is also sturdily built (except for the first one that I received which was faulty, the power light kept blinking, no sound was produced. Thomann handled the return like the champs that they are). I like the features, specially the Kosmos button, which adds some girth to the lower frequencies. Mids sound present and focused. There is no tweeter for the highs, but that's not a deal breaker for me and for the price, I guess it would be unfair to expect it as well. Really can't think of a single con/area of improvement for this little monster.

It's no Markbass, but it also doesn't ask for your first-born in return, so considering that its more powerful, has more tone-shaping options onboard and has more useful connections than the MB 802, I think it more than holds its own and deserves a 5 star rating. As does Thomann, for being the best in the business.
Helpful · Not helpful · Report
Report rating…

features sound quality handling
Very good
Dumbledorf, 25.06.2020
I was going to buy a small practice amp, but decided on this one instead. It has a small footprint like a practice amp, but is loud enough to work as a real amp for band use. Especially when you press the "KOSMOS" button that reshapes the low end, creating a fat "phantom bass" kind of sound that is loud and punchy without needing to move so much air.

Very happy I didn't get a practice amp with insufficient power resources for anything other than bedroom practice! This little amp is the optimal compromise of reasonably small size and reasonably big sound, and has a very reasonable price tag too! 100 % Recommended!
Helpful · Not helpful · Report
Report rating… 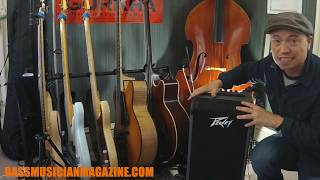 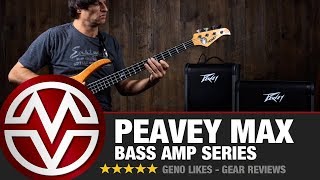