So, marvelling at the puny weight, I carried it on one finger from my car to the studio and shut the sound proof door behind me.

I removed the transit cover (also bought here) and set about "middling" all the settings - I wanted to test the uncoloured sound before I played with eq and stuff.

Gain on about half, master volume on about half.... Whoa... earplugs needed..! The output is astonishing although there WAS a problem.

There was an overbearing growl to the sound - rather like the early break-up you get from Orange bass amps. I was expecting the smooth, undistorted silky sound I had heard so much about.

A bit of experimentation ended up with the gain right down low, mid-low rolled off and the master volume up high. This had almost the desired effect but there was still that slight bark from the speaker and, of course the volume was a bit limited.

This was a major disappointment. I wanted clean and I was getting dirt..Hmmm..

I decided to run through a few songs that I needed to brush up on for a gig tomorrow night and see what happened.

After about half an hour or so I detected a gradual increase in volume and an improvement in tone. So much so that I had to turn the thing down and, to my delight found that I could increase the gain back up from next to nothing and the unwanted growl had all but disappeared.

Ok, so what on earth could be happening..?

Well, for now I'm putting it down to the driver and the probability/possibility that it needed "running-in". If the driver was stiff from sheer newness and was now loosening up that would account for it nicely I guess.

Anyway, dear reader, I am gigging with it tomorrow night and I'll report back..

I'm hoping that I'll be able to re-rate the combo to 5 stars all the way.

18-12-2014... Last night's gig was a proper test for the combo. I was standing in with another band and I am delighted to report that the little box didn't let me down.

Despite getting a few raised eyebrows at it's diminutive size it soon gained some converts. One chap asked me if I was going straight into the pa because he couldn't spot any bass amp.. I pointed to the small black box on the floor behind my heels and he couldn't believe his eyes/ears. That's all you're using..? WOW..!

With the gain on about 40%, master volume on about 50% and my bass on about 60% there was more than enough oomph to compete with a loud drummer and two guitars. The projection was the most pleasing thing. Sometimes you can hear your self on stage but it's quiet out front and sometimes it's the other way round. With this combo, tipped slightly back, I could hear (and feel) myself perfectly well and the sound carried right to the back of a fairly long pub.

My original misgivings about the sound being a bit harsh have completely gone - it's every bit as round, full bodied and articulate as I hoped it would be.

I'm upgrading my ratings to 5 stars and I'm almost certainly going to buy the New Yorker extension cab to lift it to a 500w rig for those bigger/outdoor gigs (or maybe to put the second cab on the other side of the stage so my keyboard player can get a taste also).

I have gone from initial disquiet about the sound to a very, very happy bass player...!

Even better to be able to just go home on the bus (didn't really, but could have..!)

Anybody want to buy an Ashdown 4x10 combo and flightcase - must have own forklift..!
Helpful · Not helpful · Report
Report rating…

Send report
features sound quality handling
A dream come true!
JPLebens, 17.05.2019
After all those years, I've finally found a combo that kicks asses! ;-)
And, for large venues, I add a 4X10 Hartke and I'm good to go.
Surprisingly light and loud, it's the best small combo that I know. I've still to fully understand the usage of the "VLE" and "VPF" knobs - though I've read the manual - but, as the sound pleases me "as is" I'l give them a try one of these days.
Pay some attention to the blue led beside the "Gain" knob. Don' t underestimate it if it lights up. It means that you really have to take the gain a bit down, otherwise you'll hear some unpleasant cracks. Transistors overload are not the same as tubes overload. Unless you like it, who knows...
Another good feature is the "Line Out" knob. It will helps a lot to send the correct level to the PA.
Helpful · Not helpful · Report
Report rating…

Send report
features sound quality handling
Markbass Mini CMD 121P LM 3
03.09.2015
This amp has made my gigs a breeze. I used to lug around a 30kg 2x10 + head stack, and now I have this tiny amp .. and you would not believe the incredible clean tone and volume it puts out .. this tiny box can actually fill a room with sound if need be (in 5 years I have only used the volume past 50% ONCE when playing in a large outdoor stage with no extra cab support!).
The available eq + filter controls are very versatile.
I have used this extensively for 5 years in live gigs, and it has held up really well. The DI out works perfectly too.
The only really minor downside is the tweeter .. it is kinda noisy (but only if you are in a silent place like a studio). For studio use, I usually disconnect the combo cab and output the amp to aother cab (this combo is basically the little mark III head stuck on top of a 1x12 cab, so it has the same functionallity: the 'head' can be connected to two external speakers). Please note that in 5 years of heavy use, this has been no problem for me, I only mention it to give a fair review.
Helpful · Not helpful · Report
Report rating…

Bass Amps
Everything could be so easy, since all you want is to amp up your bass, right? This guide will provide you with an overview of what's available in the bass amp world!
Interesting Accessories 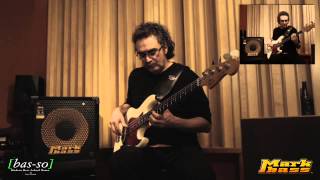 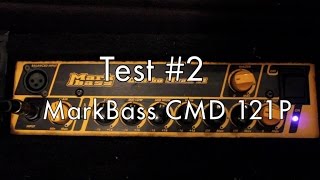 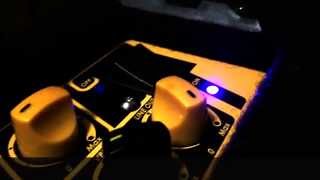