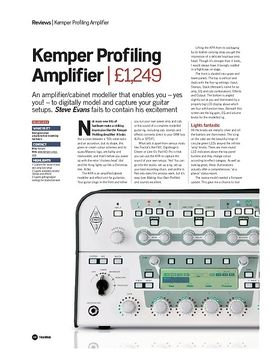 Show all
Amp Modeling
Amp modellers are guitar DSP effects units that emulate the sound of a range of amplifiers and speaker cabinets.

Show all
Recording E-Guitars
Our aim is to explain the basic process of recording the electric guitar!

Show all
Mic Preamps
Microphone preamps, are analogue devices that will remain important even as most other equipment is superseded by digital alternatives.