Finish: the overall finish from Body to Neck is good - the frets were finished well and the neck is untreated and smooth.

Pick-ups and sounds: having bought this as a 'shredder', it is surprisingly versatile in the sound area and suits many styles. It shreds very well though. Humbuckers are hot but combined with single coil can give some nice mellow tones.

Having played it for a couple of days now, I haven't been able to find any Cons yet.

All said, I'm pleasantly surprised by the quality at this pricepoint!
Helpful · Not helpful · Report
Report rating…

Send report
features sound quality
Great look and sound, poor quality
AlexNZ, 12.07.2018
Looks really amazing. Sound is clear and bright with very detailed mids and somewhat scooped lows. I found it great for practice, where all nuances and mistakes are visible.
I can't say the tremolo is good, after few divebombs it went out of tune, but maybe I would get used to it and find the way to use it without going out of tune... But in general I did not see much difference between this Edge-Zero II and cheap FRS that I have on my other guitar. Actually my old FRS stays in tune better, or it's me being accustomed to using it in a way that it stays in tune.
The reason why I sent it back is poor quality, particularly of the fretboard. It looks like the frets were cut very inaccurately, so when they were installed the edges were so uneven that it could not be fixed by the filing. Nevertheless, it did not stop the unknown "master", so he kept going and cut through the fretboard leaving ugly ditches next to the most uneven frets. One can ignore such a minor flaws if it would do the job and the frets were smooth, but not at all! In fact they were still scratching my hand, so after practicing one arpegio on 10-12th frets for about one hour, unpleasant scratchy feeling in my hand has become so intense that I decided to return the guitar.
I have never seen such a poor finish before. Although all my previous guitars costed below 200 Euro, none of them had received such a fretboard treatment. And of course I was not expecting it from a guitar more than 2x more expensive.
However, sound and look-wise it is beautiful and now, when I don't have it anymore, I'm thinking that maybe these fretboard trenches are not so bad and one could get rid of the scratchy feeling by more filing of the edges... After all, the look and sound are really nice!
Helpful · Not helpful · Report
Report rating…

Send report
features sound quality
No sticker for handle with care
ChrisCJ, 31.03.2020
It's too late to write feedback but the once disappointing about my order was the box of my order was a deface and no indication to handle with care no caution at all i was so shocked when I saw the box of the guitar , good thing that my guitar is still working and still good. Maybe next time please indicate to put coution in out order please. Thank you. overall the guitar is fine foe me.
Helpful · Not helpful · Report
Report rating…

Send report
features sound quality
Great guitar for good price
Regixy, 01.03.2020
Been playing this guitar for 1,5 years and it?s great. The HSH pickup configuration gives you a lot of versatility when it comes to tone.
The neck is a bit thin but very comfortable to play in my opinion.

The FR-tremolo does take some time to get used to, but except for that, it works flawlessly. If you don't want a tremolo you could get Ibanez RG421 instead as it has pretty similar features.
Helpful · Not helpful · Report
Report rating…

Guitar Setups
The range of available guitars and amps has never been greater than it is today, and a huge variety of sounds are easily accessible.
Interesting Accessories 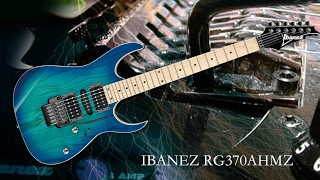 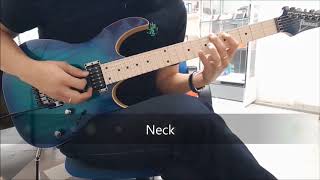 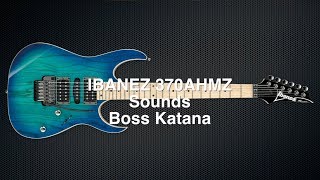 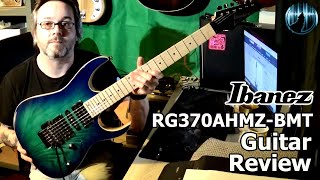 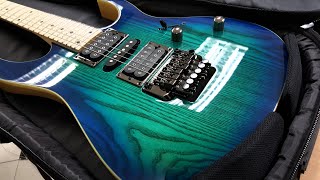 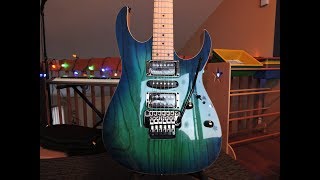 Show all
Ibanez RG370AHMZ - To buy or not to buy?
Havick Funk

Show all
E-Guitars
Electric guitars are ten a penny and nowadays there are at least as many models and makers to choose from.
Show all
Guitar Setups
The range of available guitars and amps has never been greater than it is today, and a huge variety of sounds are easily accessible.