character knob:
an EQ preset, quite nice sounding but I end up never using it.

gain knob:
important to know is that for the signal to be amplified cleanly, the gain level should be set in a way that the red light next to it does not light up while playing normally. the manual is also quite clear about it. I have found that some short spikes can come through undetected, so use your ears as well.

compressor:
seems to be the same as in HD350. the potentiometer controls the threshold and ratio, but do not forget that gain acts as input level, and master volume as make-up gain. no drastic compression can be had, but then this is not the purpose. this is as good as it gets with one-knob onboard compressor.

EQ section with bypass:
bass and treble seem to be voiced a bit differently than HD350, but close enough. most YT reviewers set bright control at noon, thinking it is zeroed lik that - this control is boost only and is defeated when fully CCW. bypassing the EQ section is a great way to see whether you are actually improving your sound.

drive:
only reason I went with 750 instead of 500. I run it around 1/3, depending on the bass, and it warms up the signal just enough to depart from the original sound, while not being overdriven yet. would not use it as a separate effect, as it also proportionally boosts the signal - the volume difference when foot-switched is too big for my needs. the amount of signal coming from previous stages has direct influence on the amount of drive, beside the drive level setting.

master volume:
works as intended. never went over 1/3, except one time to scare the drummer. that worked too.

pilot light:
why oh why did they not put a blue light there... but you can order it from EBS directly for a small fee. might be superficial to some, but the yellow one really did not fit there for me.

D.I.:
works great, the sound techs have nothing bad to say. however, I end up using my other head's D.I. for recording purposes.

phones out and aux in:
great if you need to practice silently. can be used without the speaker connected.

fx loop, remote switching, the handle on the side:
I do not use those.

I wish it had a controlable HPF. a second semi-parametric mid control would be very welcome, although not absolutely necessary. actually, if they ever release a lightweight 802... that'd be cool. also, there is a lot of empty space inside 750. not sure why is the housing so big.

Send report
features sound quality handling
EBS quality
Tony Marko, 31.05.2018
It's made in China. Yeah, and it should be swedish works there to make so nice quality and sound in the amplifier. It has EBS sound, no doubt. Quality of construction and materials surprisingly well, it feels like a tank. Maybe not like the top of EBS best amplifiers, but it worths it!
Huge amount of watts makes this amplifier useful for any gig, from small clubs to medium/big scenes. It has problems as any class D amplifier, but it's similar for both of them. One of the nice thing in this Reidmar 750 amplifier is the preamp. The preamp used the same as in EBS 360 class A amp. Only in that model. So, for any bass players - strongly recommend it! So shiny and bright sound you can bring from that amplifier. Useful for any genres of music.
Great tool for professional bassists, or you can even use it at home.
Helpful · Not helpful · Report
Report rating…

Send report
features sound quality handling
A great lightweight bass head
01.04.2016
I received this amp two weeks ago from Thomann, I have been using it for gigs since and have probably done about 6 gigs with it to date. Coming from using several different class d lightweight bass amps I was very interested by the Reidmar since every EBS product I have used to date has been really good! I'm using the amp through an EBS Neoline 410 and this is my favourite rig I've owned so far! The sound is very direct, punchy and modern, sparkly highs and mids and no loss on low end either, I'm loving the bright switch as well, really livens the bass up when its being slapped or playing harmonics etc. I have to say it is extremely powerful too, I haven't turned my master up over 4 yet and I usually do medium size club gigs.
The amp is a nice size and fits snugly into a 15" laptop bag that I bought shortly after receiving it. The finish is also great, has a good premium look to it.
I would highly recommend this amp to anyone looking to get a nice modern bass sound thats also very portable, I am extremely pleased with it!
Helpful · Not helpful · Report
Report rating…

Send report
features sound quality handling
Great amp and price!
HalfManHalfGear, 29.07.2018
Powerful and light with a tonne of tone shaping options. I like that there's a built in compressor -having liked and owned their pedal version years ago. Really powerful lows. The fan is always on but isn't loud enough to cause problems. There are smaller 'D class' bass heads on the market but this one looks and sounds good, fitting securely on my speaker cabinets.
Helpful · Not helpful · Report
Report rating…

Bass Amps
Everything could be so easy, since all you want is to amp up your bass, right? This guide will provide you with an overview of what's available in the bass amp world!
Free Downloads 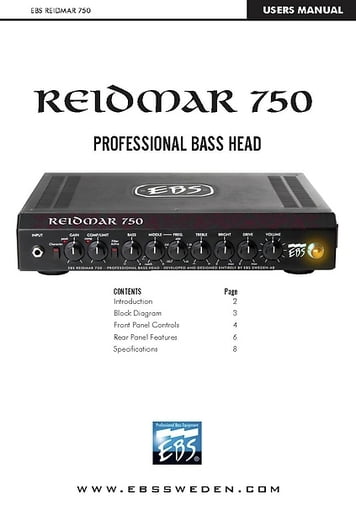 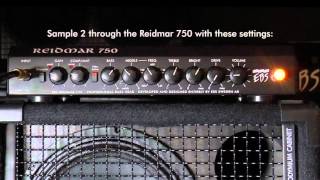 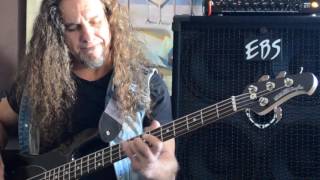 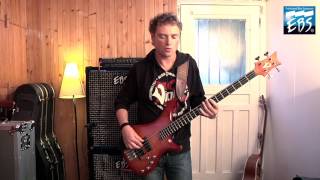 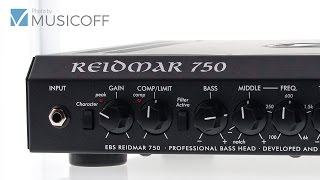 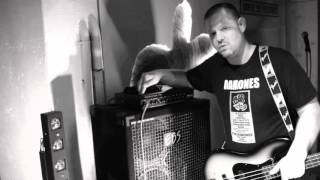 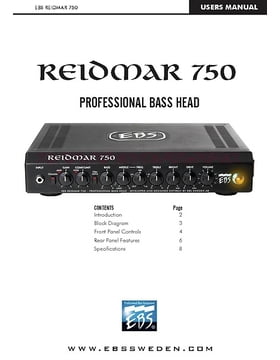