Send report
features quality
Simple and Perfect to use with AV60
Halley, 15.06.2018
I bought this to go with the Vox AV60, it is perfect. The amp has a simple design, 2 channels(controlled by the first switch which has a LED). The other buttons control the effects from the amp(Chorus, Delay, tap tempo and Reverb respectively).
The construction is solid (a little bit on the heavy side) but it means it won't disintegrate after you step on it a few times. The buttons are wide enough apart so your foot won't step on more than one at the same time (The actual unit is bigger than what I thought).
The cable is long enough so you don't have to stand right next to the amp. The only thing it could be better is if each button had it's own LED, so you know which effect is on without having to play, or look on the amp(Not enough to lower the 5* rating)
As I personally use a Line 6 M13, I might buy the 2 button version, to use less space(as I'm mainly using to select the channel, not effects), however I would keep this in case I wanted a simple rig(without anything else)
Helpful · Not helpful · Report
Report rating…

Send report
features quality
Does what it's supposed to, but not a necessity
Timothy F, 19.02.2021
To really get the most out of the VTX series I find that it's best to hook up your amp to a computer to really play with the configs in a more precise manner. Generally, I don't think the footswitch is necessary and I personally never use it.

But, if you want a footswitch for hopping between channels and configs this one does the trick perfectly. Not my cup of tea, but definitely not a bad product.
Helpful · Not helpful · Report
Report rating…

The construction is of pressed metal and the foot buttons look like stainless steel. It is well marked out and looks of good construction. I couldn't fault it in any way. It does what it is supposed to and does it well.

Al per usual with Thoamann the buying and delivery went without a hitch. This seems to be synonymous with them. I have ordered from them many times and they have never let me down.
Helpful · Not helpful · Report
Report rating… 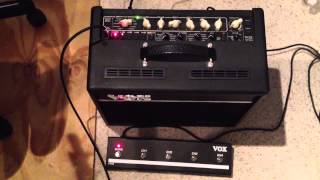 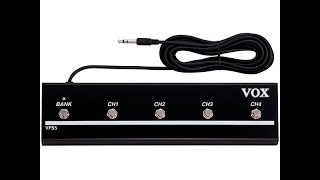 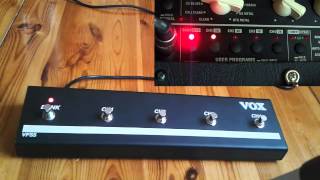