The initial problem I had was a guitarist was adding a looper to his stage set up, but due to the other pedals he uses, it was difficult to have the looper close enough to tap on the switches easily. So I connected the looper to the FB via MIDI, and then programmed the box to send CC# to 3 Boss FS-5U switches which could be then positioned in locations more fitting to his performance style.

The next implementation was to connect a Strymon Big Sky to the F8 via MIDI and send Program changes via Boss FS-5U switches. This allowed the Big Sky to be controlled from multiple positions on the stage, without the need to run back and forth across the stage, or have multiple units.

Only thing I would suggest is to get the power adapter (Item no: 258434). The box can be powered via MIDI, but getting the power adapter just made it easier as, once the box has been programmed it doesn't need to stay attached to a computer or MIDI Hub, so it can sit on the side of the stage, powered by the PSA.
Helpful · Not helpful · Report
Report rating… 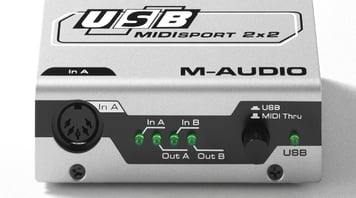 MIDI Interfaces
This article will look at what MIDI is, how its used to connect different devices, and some of the more popular MIDI interfaces. 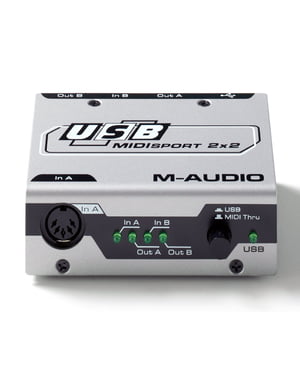 Show all
MIDI Interfaces
This article will look at what MIDI is, how its used to connect different devices, and some of the more popular MIDI interfaces.